How To explore 5 types of animals in Yala 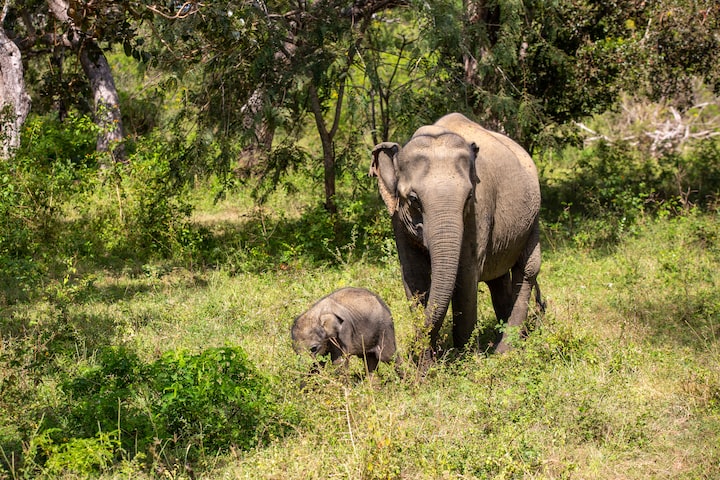 Photo by Gautam Arora on Unsplash

Yala National Park, the second-largest of its kind in Sri Lanka, is a fantastic place to explore the wildlife in the country. However, only the first and the fifth out of its five blocks are open for safaris. Being one of the oldest national parks, it has become a haven for all kinds of animals, birds, reptiles, and amphibians. Here's how you can explore the fascinating wildlife in Yala National Park.

How to get there

Yala National Park is situated in the Southeast region of Sri Lanka. Located approximately 277 kilometres away from Colombo, it is a trip that should be planned while you're staying at one of the hotels near Yala National Park. Tourists usually don't come to Yala straight from Colombo; instead, they travel from either from upcountry or down south. Since there isn't any direct public transport network that runs through Yala, it can easily be arranged from many properties near Yala such as Chena Huts. The main entrance to Yala National Park is from Tissamaharama.

The best times to visit

One can visit the Yala National Park throughout the year since animals can be sighted in this park throughout the year. However, it is recommended that you visit this national park between February and March, the driest time of the year, for the best chances at spotting the elusive leopard of Sri Lanka. This time brings a pleasant climate in this region and offers plenty of opportunities to observe wildlife.

How to book safari tours in Yala

Early risers can enjoy a safari trip in Yala National Park right at the break of the dawn in Sri Lanka around 6 in the morning, which is when the park opens for the safari jeeps. Nevertheless, if you really need to sleep in, you can opt for a safari trip in Yala that lasts for about four hours starting from 2 in the afternoon. Or if you are excited at the prospect of combing through the jungle in search of a hard-to-spot animal, you can even go either on a full-day safari or a two-day trip where you get to sleep in the midst of the forest in a tent or even in a treehouse!

Five types of animals to explore

There is a myriad of animal species that you can explore in the Yala National Park. Out of them, the Sri Lanka leopard is one of the most-sought animals by tourists who come on safaris. An elusive animal of the jungle, this leopard has a rusty yellow coat that is sprawled with dark spots. The Sri Lanka leopard is also considered as one of the largest subspecies of its kind found across the globe. Yet another fascinating member of the cat family, the fishing cats can be spotted near the various wetlands that contribute to the vast ecosystem of Yala National Park. The distinct olive green-grey coat that is streaked with dark and dotted stripes are characteristic of this enrapturing animal. If you're lucky, you'd be able to spot the fishing cat hunting using its cunning tactic by gently tapping the water to attract its prey. Apart from the cat family, another engrossing creature you can see in Yala is the Sri Lankan sloth bear. With its shaggy black fur coat, large puppy eyes, and long snout, it looks adorable and resembles a domesticated dog. Unlike other bear species in the world, the Sri Lankan species doesn't need to hibernate as they have access to constant sources of food throughout the year. Another animal you shouldn't miss is the elephants who are known to belong to the largest subspecies of the Asian elephant. You'd come across these majestic creatures while you travel through deciduous woodlands and grasslands of the park. A wildlife safari won't be complete if you don't get to see the friendly arboreal mammals. In Yala, the Toque Macaque Monkeys are common and can be easily identified by the characteristic swirl of hair atop their small heads.