by Nick Archer 2 years ago in activities
Report Story 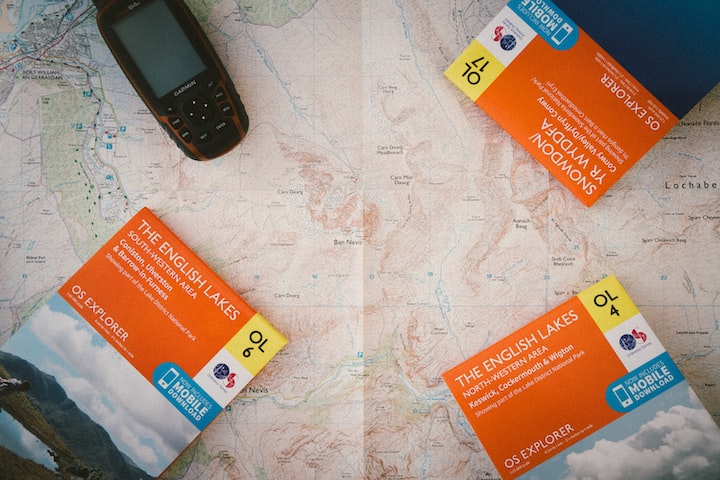 Photo by Drew Collins on Unsplash

It's three-thirty on a scorching Friday afternoon in the middle of lockdown Britain, and I've have just dragged my trio of offspring, tired and thirsty, back through the door of my flat.

Although they complain, somewhat overdramatically, about dehydration and blisters, half an hour before they were having a whale of a time, thanks to something calling Geocaching.

No, I hadn't heard of it either before a friend recommended it yesterday, and now we might be hooked.

Conceptually, it's very simple, and during the pitch from said friend was compared to Pokemon Go (but without the violence and potential animal rights issues). In a nutshell, you download the app and use your phone's built-in GPS to find 'caches' hidden in various locations. They're usually in country parks and walks, but are sometimes behind walls at the side of a road or tucked or even a bus-stop bench. What's interesting is that these caches are real items; little containers that can be anything from Tupperware boxes to tin cans, and inside them a veritable treasure trove of trivial yet fascinating items lefts by previous hunters.

This is because there are three key rules to Geocaching;

One: You must not talk about Geocaching...

Of course, that's a lie (insert crying/laughing emoji). The real rules are considerably more straight forward. 1. You may take something from the cache but must leave something of equal or greater value. 2. You are encouraged to write in the little logbook inside. 3. Write or blog about it on the Geocache app or website.

We did these things, except the first one as we were woefully unprepared. My son really wanted the little plastic spider ring, but all I had on my person was Bluetooth headphones and forty-two pence in cash. Neither seemed an appropriate exchange.

Suffice to say that nonetheless, following the GPS locator and reading the clues was immensely fun, as much for me as the kids, and the success of finding this little item in the real world was the true cause for our satisfaction. The thrill of the hunt and the joy of the completed objective made our afternoon, and the little smiley face that appears in the location on the app only serves to bolster interest in the finding the next one.

It's a little striking to think that this thing has not just been going on for nearly 2 decades, but in concept, over 160 years.

In its contemporary form, it was conceived when the far sexier Global Positioning System replaced the dowdy and less accurate Selective Availability on May 2nd 2000. The change meant that a smaller container could be specifically placed and subsequently located. The seed, such as it is, was planted and the following day a chap called Dave Ulmer from Beavercreek in Oregon was documented as laying the very first Geocache. The location was posted online by the Usenet newsgroup and within three days the cache had been found twice.

The man credited with this historic first discovery was Mike Teague and within the black bucket, the treasure is listed as software, videos, books, money, a can of beans and a slingshot.

Of course, the origins of the idea can be traced back to Dartmoor, England in 1854 where hikers would leave a letter or postcard addressed to themselves, in a weatherproof box on the moors. The next person to come along would then discover it, take it and post it, then leave their own. It became known as Letterboxes, and the first letterboxes were so remote and well-hidden that only the most determined ramblers would find them, meaning that weeks or more might pass before the letter found its way home. In the '70s there were more than a dozen such sites dotted around the moor, but since then that number climbed into the thousands, their locations became far easier to find. As a result, the tradition has waned to only the most diehard enthusiasts vying for membership of 'Club 100' for those who can reach this enviable figure in their adventures.

In 2020, there are more than 3 million Geocache locations worldwide, and it has expanded into dozens of variations such as the high-Octane Geodashing, dropping boxes from a high-altitude balloon in Stratocaching, the controversial Chirpcaching and the more educated Earthcaching.

However, you do it, as a family in the middle of Beeston, UK, or against other hardened teams in the wild hills of Hindu Kush, the universal appeal is without a doubt the thrill of the chase and delight of finding that little box wedged behind a piece of broken, moss-covered concrete beside a wire-link fence.

And yes, that is a clue.

More stories from Nick Archer and writers in Wander and other communities.