by Joe Nasta 8 months ago in america 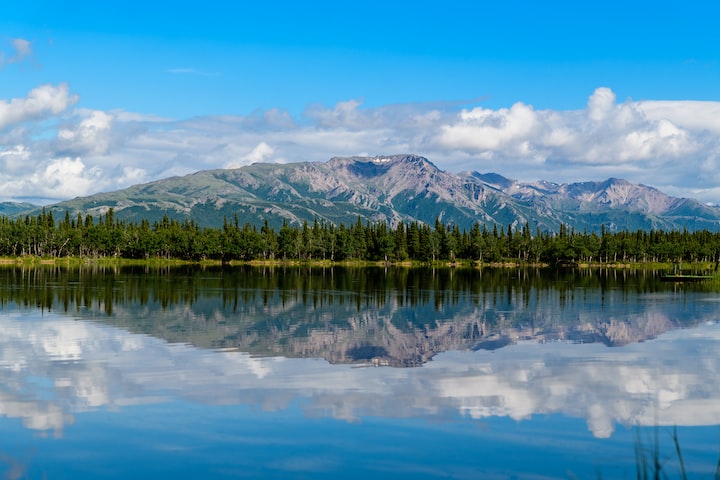 Photo by Hari Nandakumar on Unsplash

The first time I went to Alaska, I was working on the Alaska Marine Highway as a Third Assistant Engineer. This series of Diarist Entries will present my journal entries over the two weeks I worked onboard the ferry Malispina. I'm excited to start this series because sea journals, narrative ballads/sea poetry, old sailor yarns, and the like have been very imactful on my writing and art! The entire Diarist concept but especially this series reflects my lineage as a mariner poet.

A new entry in the Alaska series will be published every Thursday for the next 13 weeks. :) Follow along babes! Also feel free to reach out if you want to chat about Alaska over email with me//be featured as a collaborator in the series! Woof.

This entry is about getting used to being on a new ship, falling into new versions of old routines, and never forgetting to make time for writing while onboard. Also, a poem about sailing through the narrow inner passages of Alaska.

Today was alright. Getting the hang of shutting down and starting up. There will always be someone with me on standby so I’m not so worried. Jessi, my oiler, is pretty cool and we talk a bit. The Chief [name redacted], and the first [name redacted] are really helpful and not expecting me to be amazing at anything yet. [name redacted] the second is also a good guy. So there’s all that. The watch can feel quite long between standbys. The day when we have no ports at all will be a long day. Or maybe it will be nice to just do rounds. We’re not allowed to do any maintenance or work on watch, which would make the time go by quicker.

After watch we had Fire and Boat drill. Tomorrow is the quarterly inspection, so we’ll have to do it again. I had to turn out. Now that I’ve done it I’m less anxious about it. It’s not hard I just hadn’t done it in a while. I was unsure of the boat drill, actually, because I still don't know how to get around this maze of a boat. When we got there, there was a different place to get life jackets, and I rushed back putting it on—turns on it was upside down, and the Captain is the one who called me out. That was pretty embarrassing. But at the same time, whatever.

Yesterday I was so tired I went to sleep an hour early. I have to make sure I take the time every day to do some writing, no matter what. It’s not an option to take a day off at this point. I need to start taking the things that are important to me seriously.

I just talked a bit with [name redacted], the deck cadet on here. He rowed crew his plebe year so I knew him. He’s doing well and seems to have his shit together so good for him.

There is also a gym that I will try to use every day after lunch, once the quarterly stuff is done. Hopefully it won’t be crowded. I just want to erg and lift a little.

In the Narrows, the boats pass

so close to both shores

that if you leaned over and stretched,

your tips would graze water inches from the bank.

At night, the pines reach across

as the boats pass by

trying to grasp your hands in their spiny sap.

Hi! I'm Joe (ze/zir), a queer multimodal artist and writer. I live between Seattle, Guadalajara, and the ocean and I want to share all about it. Follow for poems, gender/queer studies, travel writing, multimodal art, CNF. ;?/ |%P !^]