by Lee Andrew Butler 5 months ago in family travel

Capricorns, you have god-awful birthdays 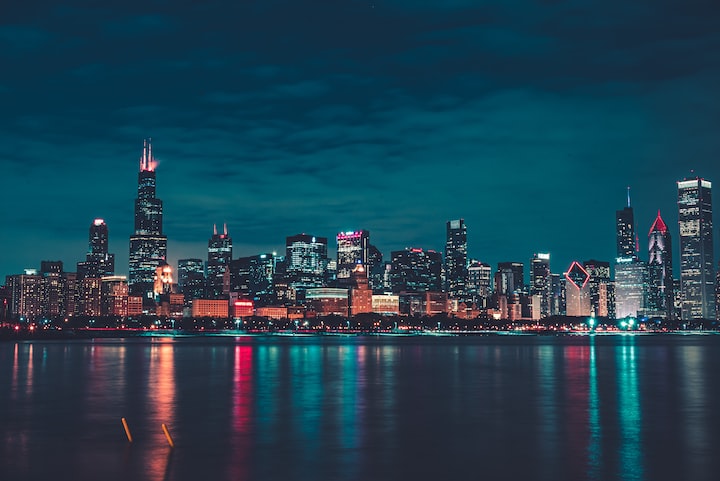 Photo by Max Bender on Unsplash

Like most people around my age, I had a huge Hamilton phase in my high school era. This happened to coincide with my time as a student of theater, though the two were never mutually exclusive and both ultimately lead nowhere. Nowadays, I'm not as open about my appreciation for Hamilton (as in, I'm not shoving it down the throat of every person that has the unfortunate circumstance of sitting next to me in a cafeteria) and am not involved in any sort of theater, but I have a memory involving Hamilton that's very near and dear to my heart- and that was getting to see Hamilton live in Chicago.

I had all but forgotten this particular instance until recently when, in the process of my move, I found an old journal from this era of my life. Now, you may be wondering to yourself, why would I forget this extraordinary trip if it meant so much to me?

The answer lies in the date on which we went to the show.

My birthday is in mid-December, a time wherein the South occasionally thinks about getting really cold and the North freezes over a couple of times. As myself and all of my friends were in high school at the time, we couldn't really go anywhere or do anything too fun to celebrate. We went out to a local restaurant for hibachi, I got a couple of presents, and was about to call it a night when my best friend approaches me.

This girl was about 6'0, beautiful, redheaded, and lithe like a ballerina. When she made a beeline across the room, everyone noticed. Including myself. For the sake of this story, her name was Elizabeth, and she had been my best friend since I had transferred schools.

"So," She said, in the way that told me there had been a lot of planning leading up to this moment. "I have a bit of a surprise for you."

As a skeptic and generally observant person, I usually knew when surprises were coming. This one managed to catch me off guard. "Go on."

"You know Lacy?" her stepmother that had only recently married into the family. I really liked her and knew that whatever this was going to be a great time. I nodded. "She bought tickets to go see Hamilton in Chicago for my birthday, and my brother can't go. You in?"

"Obviously." And turned to go ask permission from my mom. Being a teenager is genuinely one of the strangest times in your life, wherein now that I'm older I recognize that we all still looked like babies, and yet I had the common sense enough to not have to ask mom permission for everything. This, however, was one of those moments I suspected she would say no to.

Before I could even ask her, Elizabeth cut me off. "She already knows."

And thus, I was going to Chicago.

It only hit me only a week before the trip what was actually in store for our little troupe of travelers. The absurdity hit me while we were changing class periods and walking through the crowded hallways of our school. As I was a proud weird kid, nobody really even acknowledged the fact that I burst into laughter, unprompted, in the middle of the hallway. We had only just gotten back from winter break at the time, so I'm sure some of my classmates appreciated the little reminder that they were right back where they'd left off from.

Elizabeth looked over at me. "Everything ok?"

"We're really going to Chicago in a week?"

Her eyes flicked from side to side as if one of the uninterested passers-by might answer the dumb question for her. "Yes?"

"In the middle of January?"

"That is when my birthday is, yes."

I laughed again, smaller this time as the realization settled in and made room for itself in my focus. "It'll be a miracle if all ten of us make it back, unmaimed."

Exactly one week later, ten of us loaded up into Lacy's rental van. It was me, Elizabeth, her brother who'd changed his mind less than two days after the party, their dad, Lacy, and the full set of grandparents.

Lacy drove while the kids set up in the way back seat. We were the first ones in and the last ones out, and most of the luggage was either piled up right behind us to lean on or was sitting heavy on our feet. Every couple of hours or so, we would shift one leg up and sit with its foot resting on the opposite knee, with the other one taking the brunt of the weight.

A couple of hours in, Lacy introduced me to the concept of "raiding" a grocery store. In short, each person would have to pick a snack from a section of the grocery store that no one else from the party was in. Someone could go to produce and get an apple, someone could go to whole foods and get a bag of raisins, the potential was limitless, you just couldn't get a snack from the same area or both of you would have to leave. Ice cream was strictly off-limits due to prior incidents, which is where I learned the origin of the mysterious brown handprint on the roof of Lacy's car.

While we raided the grocery store, a weather alert came through and made the entire customer base look at their phones.

Y'all are free to make fun of me for this but it's a bit of a known fact that we don't get Blizzards in the South. We just don't. When the ten of us reconverged to check out, we decided to try and beat the worst of it.

We were wrong to try and beat the worst of it.

We were about ten miles outside of Memphis when we raided the grocery store, and were about halfway between Memphis and Cairo when the brunt of the storm hit us. Snow piled around us in heaps on both sides of the highway. Our van was just warm enough that the flakes melted on impact with our windshield, but would freeze back in a fine sheet of ice and would have to be wiped off by our wipers before it got too thick. With visibility diminishing, we knew there was no way to make it all the way to the city. So we took an exit and hoped to get a little ahead of the storm since it had gotten caught on another front and was now practically standing still on top of us.

That night, we arrived in Louisville, Kentucky half an hour before the storm set in. As the blizzard was catching up with us shortly, most of the scheduled flights to the city had been canceled or postponed for the night. We stayed in a high-end hotel for one night, the storm blew over and froze the city over, and we made our way out in the early morning.

Not sure how accurate the journal entry is here, but according to it, we arrived in Chicago around 10 in the morning to the welcoming arms of all of Elizabeth's extended family. We ordered Phillipino takeout for lunch because it was fast and nearby, and had excellent reviews on google. It was fast, it came quick, and fed all twenty of us that were staying in the house. The Memphis Bunch, as the other half of the house dubbed us, were the quiet balance to the rowdiness that had already stayed there for one night. It was at this lunch that I learned what the plan was outside of seeing Hamilton.

Six of us were going to the show- Elizabeth's household, myself, and a cousin. Everyone else was going to Millenium park for the winter activities they set up every year. We were going to meet them when we finished up and then ice skate and drink hot chocolate before going out to dinner.

The highlight of the trip wasn't the show- it was seeing Lake Michigan frozen. I had seen Lake Michigan before once, but it was in the summertime from Navy Pier. The ice itself was just a straight sheet, as far as the eye could see that just faded into oblivion in the night. While the blizzard may have missed the city itself, it became clear to me that this was where winter made its home.

I didn't talk much while we had hot chocolate-which was weird for me as I was the kid that never got quiet. Elizabeth was the one to break the news to me that I was, in fact, being weirder than usual.

"Sorry," I said without really meaning it. "I think if I were more of a romantic soul, I could put this feeling into words. But I can't so in short; that entire lake is just frozen like that."

Hello! I am a novice writer looking to give voice to some of my underdeveloped writing styles/genres. If you like what you read, please consider tipping as it would help me out a lot!

Read next: 4 Reasons Why You Should Travel