by Ontravel 8 days ago in europe

All You Need to Know About Aachen 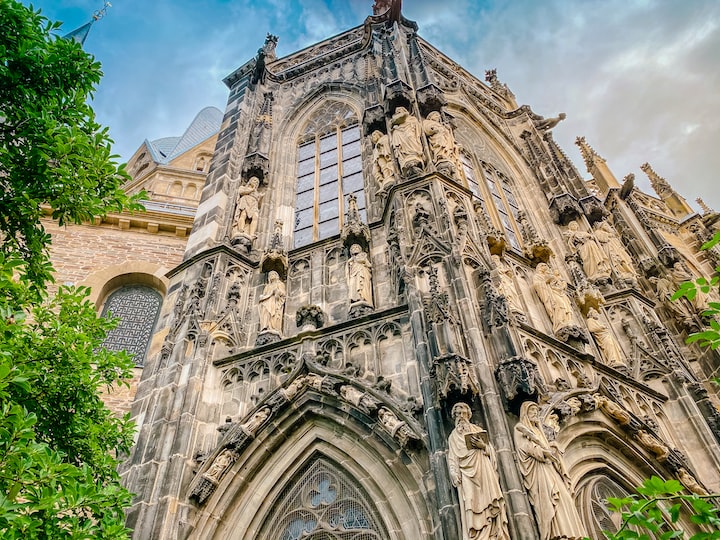 Photo by Jennifer Latuperisa-Andresen on Unsplash

Aachen is a city located on North Rhine-Westphalia, at the crossroads of Germany's borders on Belgium and the Netherlands. Famous for being an important spa city historically, Aachen is a precious city as it is the place where the crown ceremonies of the German kings of the period were held.

This city, which smells of history with its medieval buildings, city gate and beautiful fountains, is a popular tourist destination.

Today, Aachen attracts attention with its modern buildings that have been in harmony with its magnificent historical buildings, which mostly contain examples of Baroque Period architecture. The city with a population of approximately 246,000 people is the same

It also hosts Aachen University, one of Germany's reputable universities. This increases the proportion of young people in the urban population and adds a lively and dynamic atmosphere to Aachen. Another interesting detail about Aachen is that the city is known as Aix-la-Chapelle in French, Aquisgrán in Spanish and Aken in Dutch.

Aachen, which has a very long history, today carries the traces of this past dating back to the Romans. Today, Aachen is named among the must-have destinations on any visitor's route. Aachen, which is still an international city in essence, has the distinction of being a unique center of attraction thanks to its location on the border triangle with the Netherlands and Belgium. Aachen, the winter resort town of Charlemagne, one of the great Roman emperors, still carries the legacy of the period. The Charlemagne Center was accepted as a UNESCO World Heritage Site in 1978, and is the first place from Germany to enter the list.

Aachener Dom: This cathedral, one of the most magnificent historical buildings of Aachen, is also one of the symbolic places of the city. This cathedral, where Charlemagne's tomb is also of great importance in the history of the city, is also the place where more than 30 German kings were crowned. This example of Baroque architecture, which was one of the critical locations during the Crusades in the 12th century, is of great architectural importance with its breathtaking magnificence, delicate masonry and monumental figures.

Charlemagne Square: The square where the museum is located, overlooking Katschof and the area where Charlemagne, the hero of Aachen, walked, is like the heart of the city. In the museum located in the square, not only Charlemagne's life and his time, but also Aachen's dramatic you can also get a lot of information about its history. It is recommended that you get the help of a guide while visiting the museum, where the Roman period artifacts and traces are animated using multimedia tools and bringing back thousands of years to today. Because this is the address where you can get the most comprehensive information about the city with a long history.

Rathaus: Rathaus is the magnificent Gothic town hall of Aachen, with statues of German judges, including 30 kings crowned in the city between AD 936 and 1531, on its front facade. Built on the foundations of Charlemagne's palace in the 14th century, the surviving eastern tower of the building, Granusturm, contains a Krönungssaal coronation hall, with replicas of epic 19th century frescoes and imperial signs. In this hall, the most important part of the ceremonial ritual, the crown, globe and sword are exhibited.

What to Eat in Aachen?

When you come to Aachen, where you can find all the flavors specific to German cuisine, be sure to try Aachener Printen, their unique desserts. This traditional flavor that you will come across in almost all restaurants and pastry shops is a type of gingerbread. Aachen, where you can easily find dishes from many different cuisines from German food to exotic cuisines, is also famous for its more affordable restaurants than other German cities.

The historical area called Pontstraße starts at the Markt and ends at Ponttor, which is a part of the medieval city walls, and is one of the most vibrant spots of the city, where many eating and drinking places are located. Pontstraße, which is also the main student venue, is the area with a wide variety of restaurants and bars, from pizzerias to venues serving late. So if you intend to go out for dinner or have fun, you can write this place at the top of your list.

See all posts by Ontravel →