9 Famous Events and Things to Do in Australia in 2020

by Patrick Watt about a month ago in travel lists 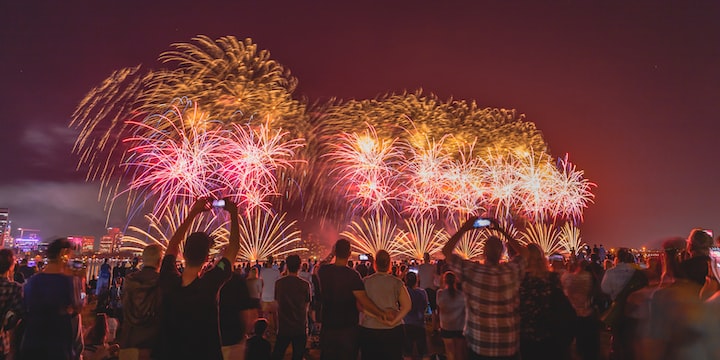 Photo by Amarnath Tade on Unsplash

Australia presents some of the most elegant events and sceneries, providing a wide variety of choices of things to do once you get there. The country is large and beautiful, while nature and life here cohabit symbiotic relationships. You will undoubtedly enjoy mesmerizing experiences where the challenge will not be to find a fun activity, but instead to get everything narrowed down to a shortlist by creaming off out of these numerous choices. Below is a list of things you can indulge yourself in when touring Australia.

The Perth Festival grew from the annual entertainment nights held by Western Australia University. It's been held for 6 decades and brings together the greatest artists in the world. The festival takes place during February and March every year and celebrates new artwork, which attracts a diverse audience. The best international artists join creatives from Western Australia to build a united and promote the fine arts. The event includes classical music concerts, dance and theatre show, the Lotterywest Film Festival, the festival for Perth's authors. Annually, over 700,000 visitors enjoy the magical performances of the artists who join.

Kosciuszko’s race is the current edition of Sydney racing. Everest is the richest race in Australia, and the Kosciuszko horse race occurs on the same day, track, and same distance. Additionally, the Kosciuszko race operates under specific penalties and weights, and it allows only the horses trained in NSW. This gives room for provincial state sprinters to participate in the most notable annual races.

The race’s tickets are accessible to the public to have shares in the horse racing event because of its intrigue and popularity. The Kosciuszko’s sweep determines the winning tickets and allows them to choose eligible horses for racing. The Calcutta Draw avails more winning tickets, and the holders get 50% of the returns that their horses have attracted in the auction. This auction is Australia’s biggest Calcutta. This year’s edition will be on the 17th of October, 2020.

The well-trained NSW horses spearhead the Kosciuszko’s betting with experiences from the bigger tracks in the city. At the beginning of 2018, the Kosciuszko field could only contain 12 runners. Currently, it has grown to 14 in the following year, in 2019. Horses across the country are attracted to the field. The Kosciuszko’s Form guide contains information about the runners, jockeys, barriers, and tracks records.

You can spend a day in the Launceston Racecourse, which hosts Tasmania’s Summer Racing festival. One of the most popular events is the Launceston Cup, held yearly, which has featured in group 3 listing races for the past 35 years. The Launceston Cup is held on February 26th in 2020, where winners will be bestowed a total of $200,000 as rewards. Besides enjoying a spectacular sensation of watching the racing horses, you can also place bets under different specified categories, and enjoy massive wins.

The Hyde Park Community Fair Festival includes activities for any preferences. The event will feature live entertainment, demonstrations, arts and crafts, sideshow rides, multicultural displays, and workshops. All family members can join in the fun. The event, which is held on March 1st and 2nd, offers exciting entertainment including famous High Fashion shows, Kids Fun Zones, and over 200 booths with attractive artwork. You can visit the Veteran Car Show, which is extremely popular. It showcases wacky vehicles such as Eagles/ Dockers, which you must see to believe. The Foodie Delights Zone is a must-see. You'll taste delicious recipes and local dishes.

Fringe World is a famous annual festival in Perth, which attracts huge audiences with a wide range of entertainment choices. You'll enjoy comedy shows, musical shows, circus acts and more. It's held between 17 January and 16 February 2020 at over 150 locations in Perth and regional Western Australia. If you enjoy cabaret, check out one of the shows such as "1 pint 2 many", "A Disney Tribute: Once Upon a Teaser", or "A Maze in Graze Lands". You'll also find plenty of children's events such as the "3 Speed Crunch Box Rebooted" show or the "Abracadabra and Other Useless Magic Words" show. The Fringe World event also includes dance and theatre performances such as "Cirque Africa", "Femme", or "Boy Name: Reconcile".

Indulge in elegant horseplay during Perth Cup Day and kick off the new year in style. The Ascot Racing Carnival starts on October 12, 2019, and finishes off with the TABtouch Perth Cup on January 4th, 2020. End 2019 with elegance and tap into the '80s. Enjoy spectacular Perth racing fields and glamorous entertainment. The '80s sparkles and exciting races continue with an amazing after-party. The ultimate Champaign Oasis experience includes captivating entertainment and super-luxury. Dress-up and enjoy the stunning views of Perth racing fields. Buy your Perth Cup tickets to join in the fun.

The ATP (Association of Tennis Professionals) Cup is the world's most exciting tennis event. It's a unique tournament for men's tennis. Tennis champions from over 24 nations come together in Brisbane, Sydney, and Perth. Witness tennis legends fight for their countries at the RAC Arena in Perth. You'll enjoy unrivalled match views and the most exciting tennis games. Get your ATP Perth Cup tickets for the time of your life.

Held in Sydney's Centennial Park, the Electric Gardens Festival is a celebration of electronic music that has been running since 2016. The festival will take place on 22 February, Craig David heads the 2020 iteration of the festival as DJ and live performer, with Armand Van Helden, Fatboy Slim, MK, Gorgon City, DJ EZ and other big names in the contemporary electronic and techno scenes in attendance. If you are a fan of these music genres, then the Electric Gardens Festival will be the place to be.

The Download Festival is a rock music event that will be taking place across two different locations this year: the Melbourne Showgrounds on 20 March, Sydney's Parramatta Park on 21 March. So, if you are a fan of contemporary rock music, you will have two opportunities to attend this buzzing and atmospheric festival. A wide variety of rock and metal acts will be performing, from Alestrom and Carcass to Hands Like Houses and My Chemical Romance; so whichever branch of the festival you make it to, you can count on a day to remember.