6 Myths and Misconceptions about London debunked

by Anton Black 2 years ago in europe

Like many places, London has many popular myths and misconceptions about it. 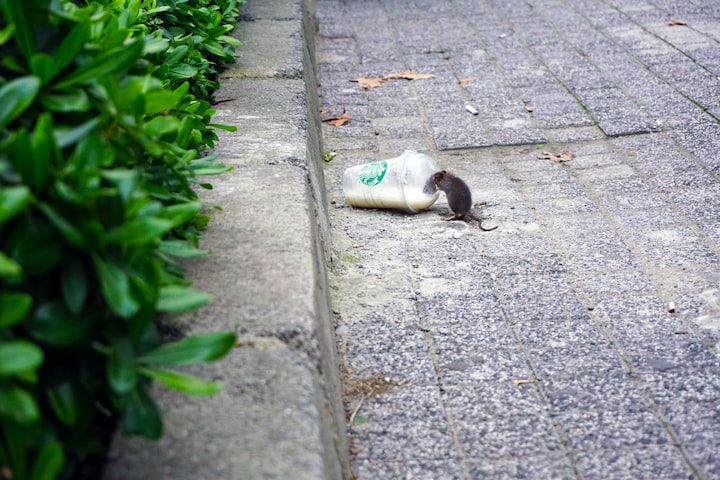 Photo by Mert Guller on Unsplash

"There's nowhere like London." Indeed, London is many things: it is history and culture, it is dynamic and diverse, and it can be damp and dusty. But mostly London is larger than life, and so are the myths about the capital.

London's past is made up of thousands of myths and facts, some factual (the District Line never arrives if you are in a hurry) and some simply untrue. Urban legends and misconceptions often can picture London in a way quite different from reality. Here I am going to debunk six of them.

People that travel to London frequently underestimate how big this city is. Compared to cities in America, China or India, London might appear not that big. But London is a massive place. It Spreads over 600 square miles, and 10 million or so people live here. It is hard to perceive how large it is if you haven't been to London before.

This shouldn't put you or anyone off. London's major tourist attractions are in central London. That is a reasonably small and manageable area. It is the area that people consider to be in London. The commuter belt spreading in every direction usually is not included.

But be warned, it will take much longer than you might think if you take a cab from Trafalgar square to Notting Hill. It's quite a way.

London is Swarming With Rats

One silly little plague in the Southbank during the 15th century and suddenly everybody thinks London is swarmed with rats!

Despite what some people say, London isn't swarming with rats. Also, you're not, at all times, just six feet away from a rat. Imagine, if you were, say, lying in Green Park, then there would be rats everywhere if that statistic was accurate.

How often have you shared your picnic with a rat? We would be tripping over them!

So, let's put things right: apparently, it is more likely that you are around 164 feet away from a rat. So now we can finally breathe a profound sigh of relief.

The Food Sucks in London

This is the biggest misconception by far. Not just food in London, but British food gets lots of criticism, which is utter nonsense!

Now, we are aware British food often is represented by things like sausage & mash and the humble Meal Deal, but we've gone past that! In London, you can find any cuisine in the world and much more. Also, I dare you to refuse a Sunday Roast, Fish and Chips, and heck, even beans on toast. The is plenty of places serving excellent traditional and modern British food.

Then, of course, the food CAN suck.

Especially if you limit your diet to fast food, or American and tourist gastro pubs. If you look for places where the locals wouldn't be ashamed to go, and you could be surprised.

In London, it rains all the time.

This is another big myth about London.

It doesn't rain all the time in London. Still, it might rain at any time. It is better to be prepared and carry an umbrella with you, especially if rain is forecast. I've had so many amazing days when the sun was shining. In five minutes, it started raining buckets, and after another five minutes, the sun was again shining. It can happen. You have to deal with it.

And let me tell you that nothing smells better than the air after a quick shower. Call it London Fresh.

People in London are less friendly.

Let's go through some of the reasons that people point out that make Londoners seem less friendly.

In London, people don't chat with strangers. If you try to make eye contact, they will ignore you.

That is true. Everything in London moves so fast. People don't have time to sit around and chat. In the tube/train, everyone is busy doing things to make their work commute productive. And let's be honest, a train or underground train is hardly the ideal place to start chit-chatting.

But, if you go down the pub or the park, that's a totally different story.

The video below tells it all. People facial expressions are kept to a minimum, and they carried on with whatever they were doing.

People in London are like that because of the weather.

Although it is advisable to have some waterproof clothing and be psychologically prepared, it doesn't rain all the time. But we talked about that already.

Yes, the weather can affect people's mood, but it is not always like that. And people won't chat to strangers on a train even when the sun is shining.

True. People in London are forced to compete for jobs, houses and resources. Competitiveness often is seen as a rivalry. But I would call it a healthy competition which pushes people to keep on improving. Those who like a simple life don't tend to stay or move to London.

If you ask for directions most of the time they send you to a dead end and if you go into a shop, even when you are the only one there, the staff ignores you.

Right, London is a huge city, with most of the people not from here or not familiar with every single road. People do get confused. People can make mistakes. As a result, If you ask for directions, you likely end up to a dead-end. Trust only Google maps guys.

Then, in shops... do you really want to have someone asking if you need any help every time you go into a shop?

People ignore you even if you're in trouble.

I will address it with this.

We all remember the night Borough Market became the scene of a horrific terror attack. Eight people died, and injured dozens after three men launched a van and knife violence on London bridge and the market.

I remember people throwing glasses, chairs and other objects at the attackers to fend them off as terrorists stormed into a pub.

Restaurant workers and many people there that night used anything they could grab to help those who were being stabbed.

The entire community of Borough Market and around the area came together, to help on the same night. Food, money, a place where to stay the night, clothes ...were offered and given. Cab drivers were taking people home without charging any money.

There are hundreds of similar examples we could mention.

People drink tea at any time. Any excuse is a good one to have a cup of tea.

Now, semantics might have something to do with this one. In some parts of England, when people say tea, they are not referring to hot water leaves and a drop of milk with sandwiches and biscuits, but actually, dinner. And nowadays dinner is more of a 6:00/7: 00 pm thing, but people used to sit down for it at 5:00 pm.

Which explains why if tried to get an afternoon tea at that time and found out they stopped serving it by 5:30 pm. So no, the English are not wolfing down their scones, they have them much earlier.

I write about politics, society and the city where I live: London in the UK.

More stories from Anton Black and writers in Wander and other communities.