5 Things You Didn't Know About Your Tour Guide

by Jess Nadine about a year ago in humanity
Report Story

A behind the scenes look of those coach bus adventures. 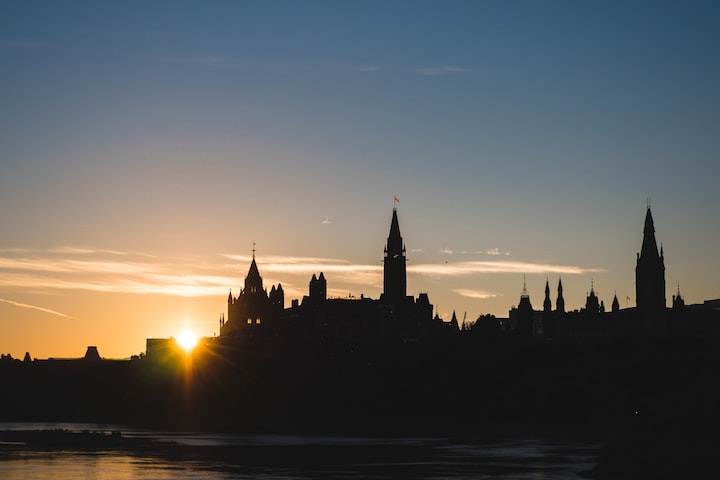 Photo by Robbie Palmer on Unsplash

When I was in college, I spent 2 springs memorizing all there was to know about the city of Ottawa (this would be the capital of Canada, for anyone not from around these parts). I live about 6 hours from this city, closer to Toronto really, and yet for 2 months I commuted back and forth to the bilingual capital with buses full of grade 7 and 8 kids who frankly sometimes didn't want to learn much of anything. But they were fun. And I had fun.

We joked at our company how leading a tour was like performing in a 3 or 4 day play. If things went wrong, your students and chaperones could NOT know. We would smile, put on our "tour guide voice", and make 18 frantic phone calls when they turned around to make sure their time slot at the currency museum was still a go. I was a different person for 3 days. I was outgoing, social, I was a performer. I applied for this job almost as a joke, and I remembered that fact sometimes as I spoke into a microphone at the front of the bus about how Canadian government is like pizza and how this IKEA used to be the biggest but now the East coasters have us beat.

So when we consider that these trips were indeed a performance, there must also be some backstage secrets, right? Well here's some things you probably didn't know about your trip and your tour guide on that "educational tour" you took in Junior High.

1. Group Leaders -- The head chaperone/teacher in charge of the group (GL) -- determine almost everything.

We spend the whole trip bending over backwards trying to make this person happy. After all, they're the one who determines if we get a tip at the end of the trip, and they're the one that fills out our evaluation (good evals lead to bonuses). So hey kids, if your GL told us "I want this to be an educational trip", you better not blame me for explaining all the ins and outs of the House of Commons to you. Sorry though, really.

And, sometimes the GL is a terrible headache, the source of all our anxiety, and they hate us for no reason. It's like working in customer service except you're alone and they own your for 3 days+. They can't throw their drink at you, but they'll find a way to make you feel like a worm of a human. BUT for every 3 bad GLs, there's usually a great one too! Everyone loves the GL that's easy going, understanding, and doesn't blame you personally when your bus engine suddenly stops working on the side of the 401.

2. Guides 100% have their favourite things to talk about.

There are some real and important things I love teaching kids. I've seen some groups have beautiful moments of silence in the War Museum and be so impressively respectful. I love seeing faces light up when I share fun facts. I also love seeing them get super confused.

I for one, loved getting students to sit on the hill in front of the Chateau Laurier, get them all excited, and then tell them the owner died on the Titanic with all the furniture for the Penthouse Suite (whomp whomp).

Also anytime a group asked me to the the Sussex Drive bus tour, I'd go nuts for that. There's nothing quite like convincing a bunch of kids that the Lester B. Pearson building/Global Affairs Center looks like either chocolate cake or a sphinx. Or letting them know that Justin Trudeau's dad, Pierre Elliot Trudeau, sunbathed naked on the front lawn of 24 Sussex. Or that the French Ambassador goes to work at the embassy in his pajamas.

There's a lot of "old wives tales" about facts about our touring city. When we hear other guides give talks, we steal ideas from them. So if one of them makes a joke, and this joke gets passed down the line for years, 5 years later someone is making that "joke" but telling it as if it were true. Because they genuinely don't know anymore. Like the naked sunbathing thing.

4. Rich groups have a LOT of perks.

Fancy private schools are usually a huge bonus for a guide. For one, it means they're probably not sleeping in a dingy university residence with their group, but instead might be staying at one of the nicest hotels in town. It also means some nicer places to eat, and probably all the fun activities instead of just the free ones. Also, I once led a grade 4/5 group from a prestigious school and though we didn't stay in a fancy hotel, the kids did speak 5-6 languages and know WAY more than me about everything. Maybe not a perk, but interesting at least.

Sometimes, more well-to-do groups tip well. Or they tip nothing at all. So that sucks.

Sometimes after a 16 hour day there's nothing better than going out for drinks with your coworkers until 2am. We need to decompress and vent about our difficult GLs after smiling and nodding all day, and we need to just stop performing for a bit. Admittedly, sometimes we crash as soon as night-time security takes over and we're off the clock at 10 or 11pm. But sometimes we go do some karaoke. This might not be news to all though -- there are stories of guides running into their group's chaperones at the bar after hours too. I've also been invited to have cupcakes and beers in one of the teacher's hotel rooms. This is not unheard of.

Similarly, we'll sometime make up excuses for alone time if we're really needing a break from you. If you're going on that Carlton Jail tour that I've gone on 4 times already, I'm definitely going to tell you I need to "make a few calls" but really go sit at a Starbucks and scroll through Instagram for an hour.

We work hard, and sometimes the tours are difficult and exhausting. But at the end up the day, Spring time to me always feels like "tour season" in the best way. Ottawa's tulips blooming, people biking along the Rideau, beaver tails in Byward Market... I've been craving a trip to Ottawa the minute the temperature started climbing. I won't be riding in on a coach bus anytime soon, but every time I pass one, I'll wonder what their guide would add to this list.

Just trying to absorb the world around me, one thing at a time.

More stories from Jess Nadine and writers in Wander and other communities.