The Big Apple can be a stressful place to live. But do you agree with these harsh 'truths'? 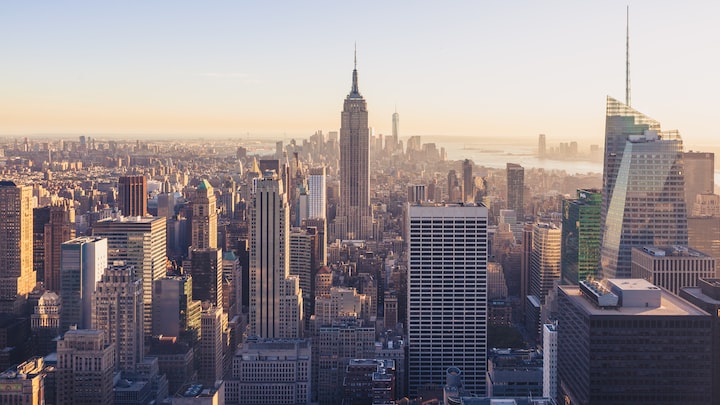 Photo by Jonathan Riley on Unsplash

While I'm usually all about spreading the positivity, today I thought I'd dish the dirt on what's not so great about this great city. So buckle yourself in, it's about to get real...

1. You will be ghosted

If you are unfamiliar with the lingo how old are you? it's simply when someone suddenly, poof, disappears out of your life. They won't reply to messages or calls, and they certainly won't provide any sort of explanation. Until I lived here, I had no idea what it truly meant to be ghosted. I know now. It's practically an initiation process here. Got ghosted by a love interest, a potential employer, or a new friend? Congratulations you're officially a New Yorker.

Most frustratingly, it's extremely common for prospective employers to ignore you. I must have applied to over a hundred jobs when I first arrived in this city. And 9 times out of 10, I heard nothing in return. Which would be fair enough, if it was only after the initial job application that I heard nothing. But even when I got to the face-to-face interview stage, I'd still hear no word back. In one instance I even emailed an interviewer twice to get a yes or no. It doesn't matter that it was obviously a no at that stage, out of common decency they should have replied! I never heard from them.

It's just so easy to walk away and never see someone again here! The city is so big, you're not going to randomly bump into them. And so the ghosting epidemic continues...

2. You will burn out

While this can happen anywhere, it's particularly true in New York City. There are so many things to keep on top of here. It's not just your job. You'll be looking for accommodation, or scraping together enough for your weekly food shop, or simply trying to keep on top of your social life. It's the city that never sleeps, after all. Might as well kiss your 9 hours a night goodbye.

If you're living away from your family home, like so many Irish are, everything intensifies too. New York, man. It's tough.

3. You will compare yourself to others

I'm not one to compare myself. I know I'm on my own route and taking it at my own pace. But there is something about this city that makes you compare yourself to everyone else here. You'll be in awe of people who seem to do it all: Bagging promotions, working on cool personal projects, and still finding time to go out for cocktails on a Thursday night. How do they do it?

Hopefully it won't get you down too much, but you probably will fall into the comparison trap at least once. If you manage to never compare yourself to others as you live in this city, tell me your secret!

4.You will be broke

New York is expensive. This shouldn't be news to you, especially if you are planning to move over. Funnily enough, it seems like almost everyone scrapes by, regardless of their income. The bigger the payslip the bigger the apartment, I guess. And it is the monthly rent that will eat up most of your cash. Then there's the price of food here. It's insane! No matter how frugal you are, you will feel broke at some point.

But you'll also love it! When I first moved here, I didn't understand how anyone could not adore this place. But as time wore on, I must admit I was worn down by this city. And yes, at times I've even hated this city. It's relentless and sometimes it feels like there is no escape from the grind. But, ultimately I still love this place. And if you love the hustle and bustle of city life, there's no doubt you'll love this place too... on good days!

It feels strange to write such a negative post, as I am an optimist at heart. I hope it doesn't put you off moving to New York, rather I hope it sheds some light on some lesser talked about parts of living here. It's not for everyone, but if you're even a little drawn to living here I do recommend trying it! It's hard out here, but there's no place like it. Good luck!

See all posts by Claire Petersen →