by Rui Alves 3 months ago in europe

Discover Why Portugal is Among the Five Safest Countries For Travelers 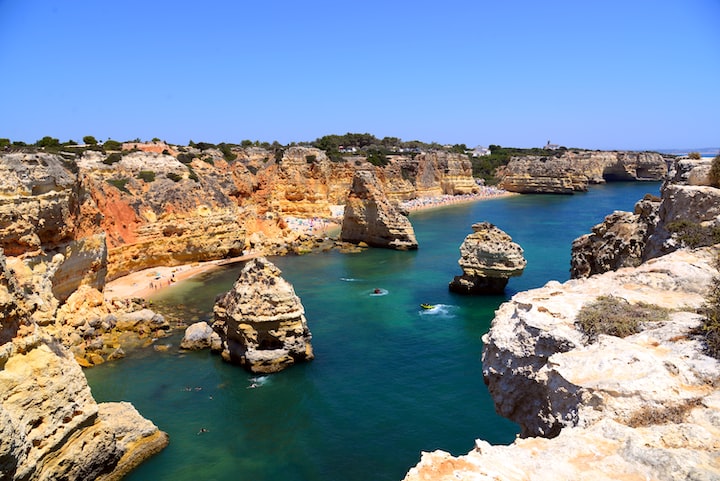 Photo by Mélanie Martin on Unsplash

After ranking third in 2020, Portugal is once again one of the five safest countries globally, according to the Global Peace Index 2021, only behind Iceland, New Zealand, and Denmark.

Iceland takes the pole as the most peaceful country globally, a position it has held since 2008. In the opposite corner, Afghanistan is the least peaceful country worldwide for the second year in a row, followed by Syria, Iraq, South Sudan, and Yemen.

The report is issued by the Institute for Economics & Peace, “an independent, non-partisan, non-profit think tank dedicated to shifting the world’s focus to peace as a positive, achievable, and tangible measure of human well-being and progress.”

In this 15th edition of the Index, which covers 99.7% of the world’s population, when we look at the charts, the level of global peacefulness deteriorated for the ninth time in twelve years in 2020. Overall, 87 countries improved their ranking, while 73 declined.

The 2020 GPI reveals a decline in the conventional conflict framework that plagued the turn of the century and the last decade. However, with the COVID-19 pandemic scaling, a new type of social anxiety mounted as the levels of uncertainty grew in numbers, and global confidence waned, leading to increased civil unrest and political instability.

Portugal in the Top Five for Peace

Portugal comes in fourth place out of 163 independent states and territories. The Portuguese Minister of Internal Administration, Eduardo Cabrita, commented on the results: “Portugal being considered one of the safest countries in the world is an asset to the quality of life of the Portuguese” and constitutes a competitive advantage over other countries.

“The issue of security is very far from being a strictly police matter. Security is today a decisive factor in attracting investment, in attracting the tourists we hope to have again, in reinforcing the country’s global image. We easily remember countries that have great potential like ours, in which insecurity limits economic development, investment or tourism,”

The minister also points out that Portugal registered, in 2020, the lowest crime indicators in the last 30 years, stressing how the country achieved that goal in a pandemic year, hence going against the increase in some forms of crime and conflict.

The Portuguese government has invested a great deal of effort in developing a national brand where security is a cornerstone. Eduardo Cabrita explains how it is a “decisive factor in attracting investment and tourists” and once again blitz scale economic growth in a post-COVID world.

Portugal plans to continue strengthening the country’s global image to pave a safe route for tourists to return to our sunny landscapes instead of traveling to more insecure, even if equally attractive, destinations.

Let’s have a closer look at the Global Peace Index 2021 topics analyzed by the Institute for Economics & Peace:

Portugal ranks thirteenth behind Italy and ahead of Romania on a list of countries lead by Botswana.

I joined the Portuguese Army in 2006, and for seven years, I worked directly in the deployment of peacekeeping operations worldwide in all major conflicts. Hence, I had my eyes on the commitment of Portugal towards world peace.

Portuguese have a brave heart and a kind essence. Back on April 25, 1974, Portugal’s “revolution of the carnations” will linger in history as an uncommon example of how to overthrow a despotic tyrant without bloodshed with only red flowers coming out of the gun barrels instead of bullets.

Portugal ranks ninth behind Finland and ahead of Canada on a list of countries lead by Iceland.

Portugal’s crucial measures in recent years regarding security have allowed for a reduction in crime and general violence and, consequently, explain the consolidated rise in the IEP index.

Portugal ranks eighth behind Ireland and ahead of Denmark on a list of countries lead by Iceland. Military-wise, Portugal stands as a stellar nation, having remained neutral during the most significant conflicts of the twentieth century.

In 2014, Portugal was ranked 18th by Institute for Economics & Peace in the Global Peace Index. Since then, the country has been climbing the table by reviewing ongoing issues and devising new regulations to increment more socially aware policies.

This has put Portugal on the map as one of the best tourist destinations worldwide. For instance, the Portuguese city of Braga, the “so-called Portuguese Rome,” was chosen as the best European destination for 2021.

Receive stories by Rui Alves in your feed
Rui Alves
Read next: 7 Ways to Combat Homesickness While Living Abroad