by C.C. Curtis 2 years ago in history

Stock market crashes happen surprisingly often throughout the US history. Since they're so unanticipated, it can happen at any minute now. What a stock market crash is a sudden dramatic decline of stock prices that’s across an important cross-section of a stock market. With this, it ends up in an intense loss of paper wealth. Crashes can also occur through disastrous events, an economic crisis, or a collapse from a long-term bubble. But the real reason for the crash is because of the public panic.

As for probably the first biggest stock market crash that started it all, the Panic of 1792 was seen as a financial credit crisis that happened around March and April of 1792. The reason for its occurrence was the expansion of credit by newly formed Bank of the United States and the uncontrolled speculation of William Duer, Alexander Macomb, and other bankers. While the two and other colleagues tried to bring up prices in US debt securities and bank stocks, they were defaulted on loans, then prices immediately fell and all of this caused a bank run.

From tightening of credit by Bank of the United States, this lead to rising panic. However, Alexander Hamilton, Secretary of the Treasury at the time, managed the crisis by offering banks all across the Northeast with hundreds of thousands of dollars to make open-market purchases of securities. With this, it allowed the market to recover by May 1792.

The Black Friday of 1869 was definitely one of the biggest stock market crashes in US history. It all started from two speculators, Jay Gould and his partner James Fisk. From the efforts to corner the gold market in the New York Gold Exchange, the Black Friday turned out to be a total gold panic.

While it all happened on September 24, 1869, the conspiracy was exposed and this sent the stock market into a free-fall. It took place during the Presidency of Ulysses S. Grant whose plan was to sell weekly Treasury gold in order to pay off the national debt, stabilize the dollar, and lift the economy.

The Panic of 1893 had a few reasons for the stock market crash. Since it’s one of the worst stock market crashes in US history, it was also seen as a serious economic depression in the country. It began in 1893 and deeply affected every sector in the economy, as well as produced a political upheaval which led to the realigning election of 1896 and the presidency of William McKinley.

This brought panic, stock prices drastically declining, about 500 banks closing down, 15,000 businesses failing, and even tons of farms stopped operating. Unemployment rate dropped immediately too, with 25 percent in Pennsylvania, 35 percent in New York, and 43 percent in Michigan. The market didn’t properly recover and got back on its feet until 1897—clearly it was a bad crash. 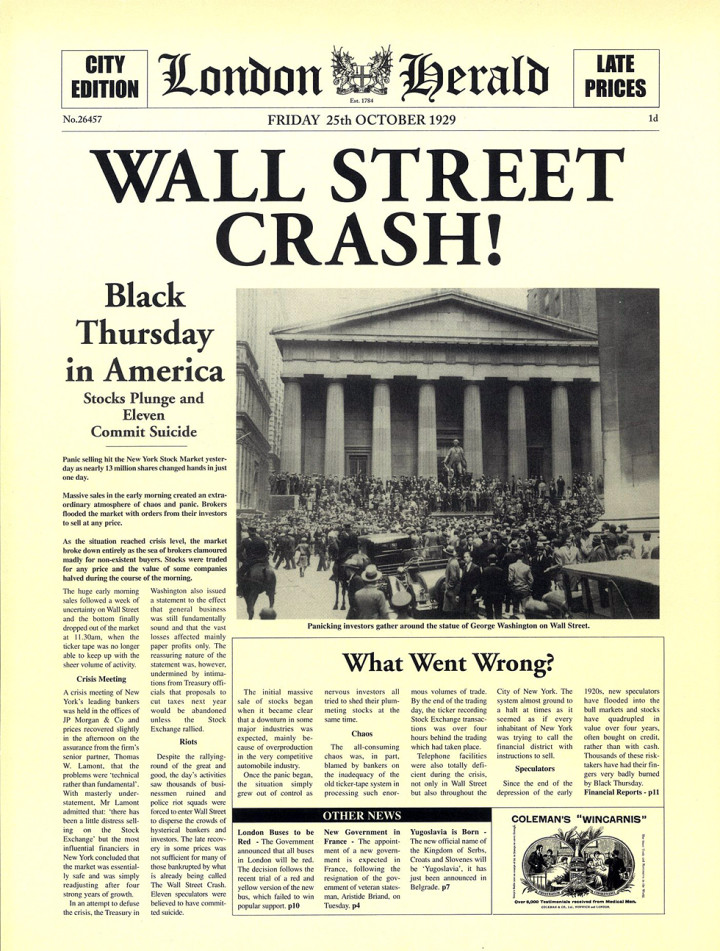 Among the worst stock market crashes in US history and easily the biggest one during the century, the Wall Street Crash of 1929 really impacted the economy drastically. It all occurred in the New York Stock Exchange on Tuesday, October 29, 1929, that’s now seen as Black Tuesday. The crash began during the Great Depression and the stock prices didn’t fully reach the equivalent level until late 1954.

While the crash signaled the beginning of the 10-year Great Depression, it also affected all Western industrialized countries. However, it didn’t end in the US until the beginning of America’s mobilization for World War II—at the end of 1941. And after the banks have crashed, more than 13 million people lost their jobs. The reason for this was many people were borrowing money to invest and trade more stocks, which created an economic bubble.

As for another crash that happened during the Great Depression, the Recession of 1937–1938 was truly an economic downturn. In the spring of 1937, all profits, production, and wages regained their 1929 levels. Since unemployment was pretty high during the time, it was still lower than 25 percent seen in 1933. While the American economy took a sharp downturn in mid-1937, this lasted for about 13 months throughout 1938. This caused the industrial production to decline about 30 percent and durable goods fell even faster than that.

As unemployment rates went from 14.3 percent in May of 1937 to 19.0 percent in June 1938, the manufacturing output collapsed by 37 percent from the 1937 peak and returned to the levels in 1934. Hourly earnings still rose during the recession, and this slightly made up for the reduction in the number of hours working. Further cutbacks in production was a result from unemployment rising and consumer expenditures declining.

While it’s seen as a mini-crash, the Friday the 13th Mini-Crash is still considered among the worst stock market crashes in US history. It all took place Friday, October 13, 1989 where the stock market suddenly crashed. Known as “Black Friday” to some, it was caused by a reaction to a news story of the breakdown of a $6.75 billion in a leveraged buyout deal for UAL Corporation. UAL Corporation is the parent company of United Airlines.

As the UAL deal plummeted, this helped set off the collapse of the junk bond market. And the deal unraveled because the Association of Flight Attendants pulled out the deal when management declined to agree to the terms while negotiating over an Employee Stock Ownership Plan (ESOP) designed fund to support buyout.

Effects of the September 11 Attacks

September 11 made a huge impact on the country as a whole, including the stock market. From the tragic event, it caused a drastic shock and the global stock markets dropped immediately. As the attacks themselves resulted to about $40 billion in insurance loss, this became among the biggest insured events ever in history.

Since the New York Stock Exchange had to evacuate after the attacks, it remained closed for several days. This also led to banks and financial institutions on Wall Street to close down. While the stock market was hugely impacted from the event, so was US airlines and aviation and tourism.

Among the worst stock market crashes in US history, the Stock Market Downturn of 2002 occurred after recovering from the September 11 attacks. Indices began to slide steadily in March 2002 including dramatic declines in July and September leading to lows that were last reached in 1997 and 1998.

From this turndown, that impacted the stock markets in the US and Canada and then in Europe and Asia, it can be seen as a much bigger bear market or correction that started in 2000. And this occurred right after a bull market that led to unnatural high stock valuations.

Also seen as the global financial crisis and the 2008 financial crisis, the financial crisis of 2007–2008 is known to be one of the worst financial crises since the Great Depression of the 1930s. While it’s among the stock market crashes in US history, it began in 2007 when there was a critical point in the subprime mortgage market in the US. The disaster grew into a full-blown international banking incident from the collapse of the investment bank Lehman Brothers on September 15, 2008.

Through intense risk-taking by banks like Lehman Brothers that helped magnify the financial impact globally, there was then a major bail-outs of financial institutions and other palliative monetary and fiscal policies that were employed to stop a possible collapse of the world financial system. However, the crisis was followed by a global economic downturn, the Great Recession. 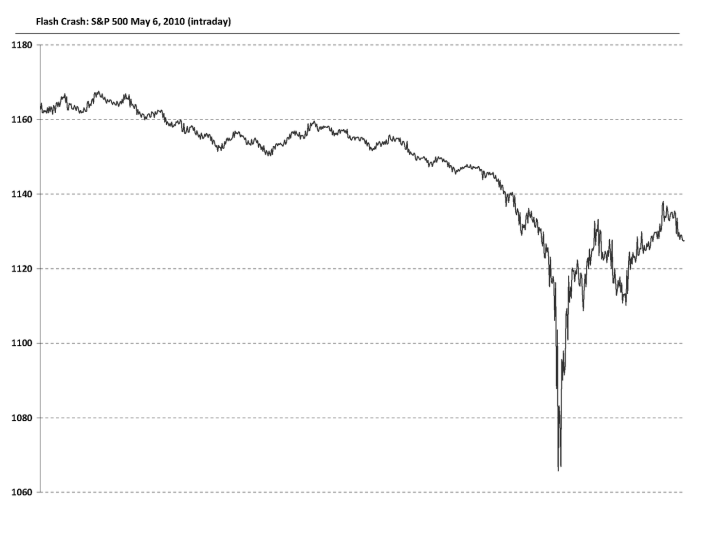 history
C.C. Curtis
Read next: How Weed Stocks Are Getting Millennials to Invest
C.C. Curtis

Enjoys lounging in NYC bars, loves traveling to foreign countries, and volunteers at the homeless shelter twice a month.

See all posts by C.C. Curtis →