Will Putin Invade Ukraine And What It Would Mean For Wall Street?

Forget the omicron variant of COVID-19 for a moment, there’s another threat to the financial markets 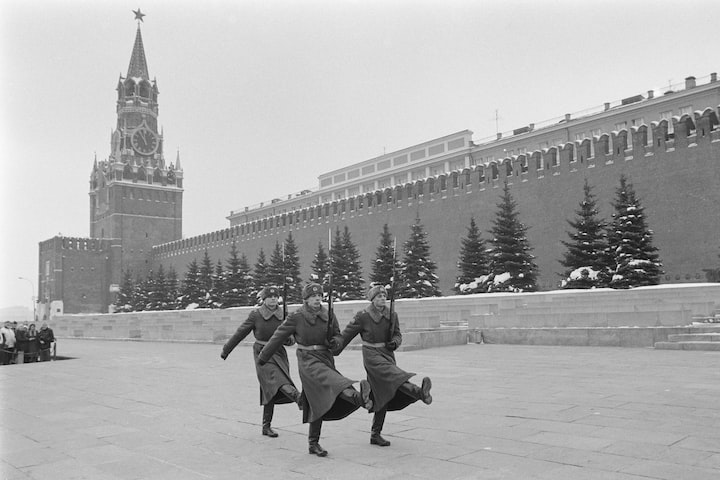 Photo by Steve Harvey on Unsplash

Forget the omicron variant of COVID-19 for a moment, there’s another threat to the financial markets: A potential invasion of Ukraine by Russia.

In fact, some experts see that event as more than just probable. When it happens investors should prepare for some extreme volatility in stocks, bonds, and commodities. In addition, such a move from the Kremlin could prompt some countries to take aggressive military action in other parts of the world.

“An invasion will occur,” writes General Spider Marks, in a recent report from New York-based financial company Academy Securities. “It will be between now and Jan/Feb 2022.”

A Coming Coup in Kyiv?

Marks says President Vladimir Putin’s goal is to liberate the Donbas region in eastern Ukraine where ethnic Russian separatists have been waging a low level war for the past few years.

“Putin will continue to invalidate [Ukraine’s premier] Zelensky, essentially creating a crisis of confidence in his leadership,” Marks writes. “There will be a coup — Zelensky out and a transition of power.” In other words, Ukraine becomes a vassal state, effectively ruled from the Kremlin.

Waiting For a Winter Freeze?

One reason for January or February time frame, which Marks doesn’t mention, is the weather. Currently, an invasion risks running into soft muddy fields. That’s not a problem for infantry, but it is for their support vehicles such as tanks and artillery pieces. Heavy equipment will sink into mud and effectively slow down any invasion force. When the winter weather sets in, during January and February, the ground should freeze, eliminating that soft mud problem and allowing speedy advances by mechanized forces.

Other knowledgeable people I’ve spoken to see no direct military action by Russia. Instead, the troop and materiel buildup in western Russia is meant to apply political pressure to Kyiv and prompt a change of government. Put another way, Russia doesn’t want to be seen as the aggressor but does want the same result as Marks indicates: control of Ukraine.

Worth noting is the fact that until 1991 Ukraine was part of the Soviet Union, which meant that it was controlled from Moscow. It also led to many ethnic Russians established communities within the borders of Ukraine and remained their after the communist bloc collapsed.

The ethnically Russia areas include Donetsk and other settlements in eastern Ukraine. It was in that area in 2014 that Russian-backed rebels began an armed effort for more autonomy. It was also in 2014 that Russia annexed Crimea, previously part of Ukraine.

Markets Could Dive on Russian Incursion

When or if any of this happens expect investors to reel in horror. “If Russia acts [invades], I expect not only energy prices to spike globally, but for interest rates to drop in a ‘risk-off’ type of trade,” writes Peter Tchir, director of global macro at Academy.

Put simply, oil prices, such as those tracked by the United States Brent Oil (BNO) exchange-traded fund, will likely soar as Europe relies more on energy imports from Russia than from any other producing nation.

Also, the cost of borrowing money will fall as investors seek safety in U.S. T-notes, thus sending the dollar higher and the yield on the 10-year T-note down from its already ow levels.

He doesn’t mention it, but stocks, such as those tracked by the SPDR S&P500 ETF, would likely drop like a stone.

And it could get even worse, Tchir writes. “Markets would start putting higher odds on China or Iran doing something disruptive in the wake of any Russian actions,” he writes. Put another way, tensions will rise sending markets into further turmoil.

This is an edited version of a story first published on Forbes.com on December 20, 2021