Who Let The Doge Out? — A 101 on Behavioral Finance

Every traditional finance course starts with an implicit assumption –all investors are rational. However, most investors fall prey to emotions, cognitive bias, and social influence. 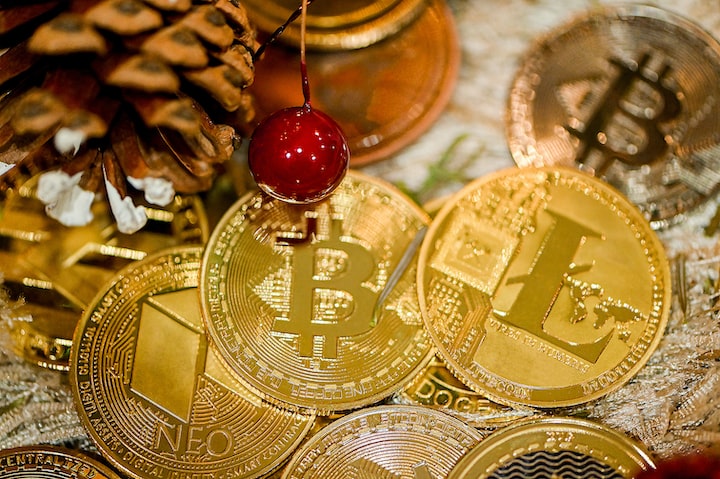 In 2021 we witnessed multiple historical events in the financial markets. First, we had the whole Gamestop fiasco, then bitcoin soared above $60,000, and finally, a joke currency Dogecoin went mainstream.

What is Doge Coin?

Unless you have been living under a rock you have probably heard of Doge Coin. For the uninitiated, Doge Coin was created back in 2013 by two engineers, Billy and Jackson. It was supposed to be the fun version of bitcoin. The name is a reference to the popular meme featuring the Shiba Inu dog. According to Billy’s open letter to Reddit, the coin took them only 3 hours to make.

Despite these red flags, the coin’s value increased by more than 10,000% in a few months and reached a market cap of more than $90 billion at one point.

At the peak of the bubble, a single tulip bulb cost as much as 4,000 to 5,500 florins — which is equivalent to more than $750,000 in today’s money. Now, almost four centuries later, we have our mini versions of the tulip mania in the form of Gamestop and Dogecoin.

Are All Investors Rational?

But how do we explain these phenomena? It is no surprise that traditional finance theories fail to explain these events as they start with a basic assumption — ‘All investors are rational.’ However, even the most seasoned investor falls prey to emotions, cognitive bias, and social influence. This is where behavioral finance comes into the picture.

Behavioral finance combines behavioral and cognitive psychology with economic theory. It alleges that investors are often limited in their capacity to manage their money rationally. Aside from providing exciting insights into markets, understanding basic behavioral finance can help us deal with our own irrationality.

On the other hand, behavioral finance suggests that we make decisions based on bounded rationality, i.e., rather than fully optimizing our decision-making process, we focus on arriving to satisfactory conclusions.

In other words, to make efficient use of our time, we process information until we get to what’s required but not necessarily what’s best.

Think about the last time we went to a store and bought an item on sale. Before making a purchase, we probably could have checked to see if other stores had a better price for the same item; or we could have checked the rest of the store for a better deal. More than likely, we extended the sale as it is.

This decision-making process is not necessarily a bad thing. It just means that our brains are great at efficiency and can come to quick conclusions about problems. However, the issue is that these mental shortcuts don’t work to our benefit in finance. Instead, they lead to inherent biases that influence our decision-making process — sometimes to a detrimental result.

At a high level, these biases fall into two categories: Cognitive Biases and Emotional Biases

Cognitive biases are errors in processing or recalling information, resulting in faulty reasoning or analysis. It generally takes one of two forms:

A popular one is confirmation bias, whereby a person subconsciously gives more weightage to evidence that supports their conclusion. In investing, this may come in the form of using just one research report to justify the stock purchase when there are ten others with red flags about the company.

The second type of cognitive bias is information processing bias which impacts how we digest information.

A great example is mental accounting, whereby an investor divides their wealth into different buckets based on their source or intended use, even though money is fungible or equal regardless of its source. For example, in gambling, participants often separate their winnings from the money they came with and are often quick to spend their winnings, even though there is no real difference between the two sets of money.

Luckily, cognitive errors are easy to fix. Just being aware that a mental shortcut is being taken could help reduce its influence. To avoid making these errors, we should systematically gather and process information and comprehensively reason out the decisions before committing to them.

Emotional biases originate from impulse. Emotions can be pretty debilitating to our rationality, and it was one of the main culprits behind the Dogecoin saga. Emotional biases can take many forms:

Thus, Dogecoin — a cryptocurrency dedicated to a meme that brings in billions overnight was bound to capture the imagination of the masses.

Most people know they need to save more for retirement, yet they can’t help themselves when buying arguably unnecessary things.

Gullible investors trusted Elon Musk’s eccentric tweets about Dogecoin rather than rational analysis. This saw a rise in the price and demand of Dogecoin, and investors, more than ever, decided to join in since “everybody was buying it.”

Being aware of emotional biases helps, but they are difficult to change since they are driven by raw emotion. The best way to mitigate emotional biases is to adapt our decision-making approach. For example, to help with saving, it is often recommended to start a systematic investment plan or invest in index funds.

Biases have a far-reaching influence on the investment industry. Aside from affecting us on a personal level, they impact virtually every component of the financial markets:

Company management may be blind to prevalent issues in their firm, investment analysts can be easily influenced in how they cover a company, and even other market participants who have aggregate influence market performance itself may fall whims of the brain.

We can’t control the biases of others, but we can identify when they are present and adjust our approach to ensure we don’t succumb to the same influences. By keeping our cool and employing disciplined tactics, we can find ourselves facing investment opportunities when the rest of the market is losing its heads.

More stories from Deva and writers in Trader and other communities.