Ukraine-Russia War: What is Swift and Who Controls It?

by Mehedi Hasan Shawon 4 months ago in economy
Report Story

Will it have a lasting effect on the Russian economy? 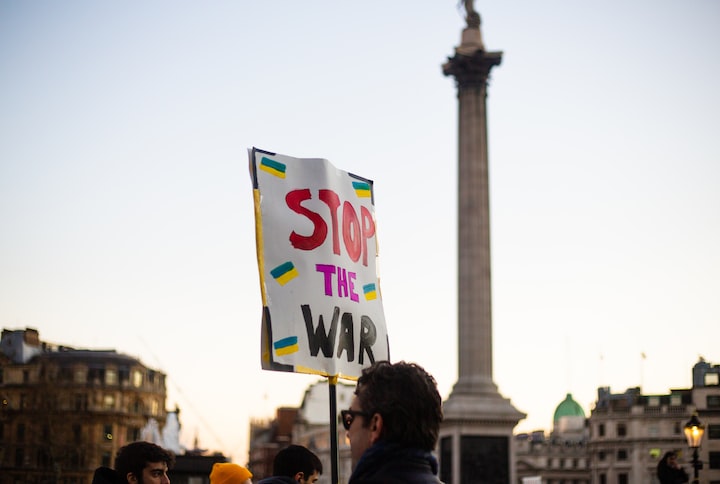 Photo by Karollyne Hubert on Unsplash

Swift Bank is one of the leading financial institutions in the world. The European Union, the United States, and its allies have cut off some banks from Swift as a result of the Russian aggression in Ukraine. The country relies heavily on Swift Bank to make money from Russia's oil and gas exports to Europe.

A German government spokesman said the main purpose was to weaken Russia economically. However, some Western financial institutions are still doing business with Russia. As a result, these institutions may suffer.

What is Swift and how does it work?

This organization was established in 1983. Its office is located in Belgium The company is involved in direct transactions with about 11,000 financial institutions around the world. Do you know the full form of Swift? The full form of this is the Society for Worldwide Interbank Financial Telecommunication. This organization works to complete financial transactions between different financial institutions worldwide.

It is a messaging system that informs the customers about any transaction instantly. Most banks in the world exchange messages with the help of Swift Bank for their transactions. But money cannot be exchanged directly with the help of this institution. Its main function is to send orders online. One bank sends a request for payment to another bank through Swift Bank. The concerned bank then accepts the order of Swift Bank based on this request and acts accordingly Swift is a secure networking system for financial transactions and information exchange.

The company has no legal right to impose sanctions on any organization, even if it has a role to play in global money transactions. Banks working with Swift Bank have been banned so that Russia cannot use the money during the Russia-Ukraine war. Russia's central bank has taken steps to prevent any assets from being used.

Swift was created at the initiative of American and European banks. They did not want an organization to operate through a single system and complete international transactions through a monopoly system.

The network is jointly owned by 2,000 banks and financial institutions around the world The Central Bank of Belgium oversees Swift's activities, along with some of the world's central banks, including the Federal Reserve Bank of the United States and the Bank of England. Countries that are members of this network must have their international trade through Swift. This organization usually does not take sides in any dispute.

But Swift imposed sanctions on Iran in 2012 over its nuclear program. As a result, Iran's oil revenues were halved. The country also lost about 30 percent of its foreign trade But Swift claims they do not influence the ban. It depends on the government of a country.

What are the consequences of banning?

Several Russian banks have already split from Swift. The European Union, the United States, and the United Kingdom, as well as other countries, say the move has isolated Russia from international trade. The move is aimed at hurting the economy worldwide

One of its aims is to prevent Russian companies from transacting normally through Swift. As a result, Russia's energy sales and the sale of agricultural products will be severely damaged. Banks now need to communicate directly with each other. This will take extra time and cost more. As a result, the Russian government's revenue will be greatly reduced.

In 2014, Swift threatened to expel Russia if it occupied Crimea. But Russia says it declares war. Western nations have not yet taken this step. But Russia introduced its system of cross-border transactions.

Why are western countries divided?

Germany, Italy, and France were reluctant to take action against Russia. One of the main reasons for this is that Russia is a major supplier of energy to these countries. Russia has no alternative to buying fuel at the moment. Now that fuel prices are rising, supply will be disrupted.

Companies that receive money from Russia now have to look for alternatives to understand their debts. Former finance minister Alexei Cardin said the expulsion from Swift would shrink the economy by about five percent. But doubts remain as to whether its effects will last long in the Russian economy. Countries that have not taken action against Russia and have their payment systems will continue to do business.

More stories from Mehedi Hasan Shawon and writers in Trader and other communities.