by Shalin Thomas 2 months ago in economy
Report Story

When inflation shrinks your favorite snack… 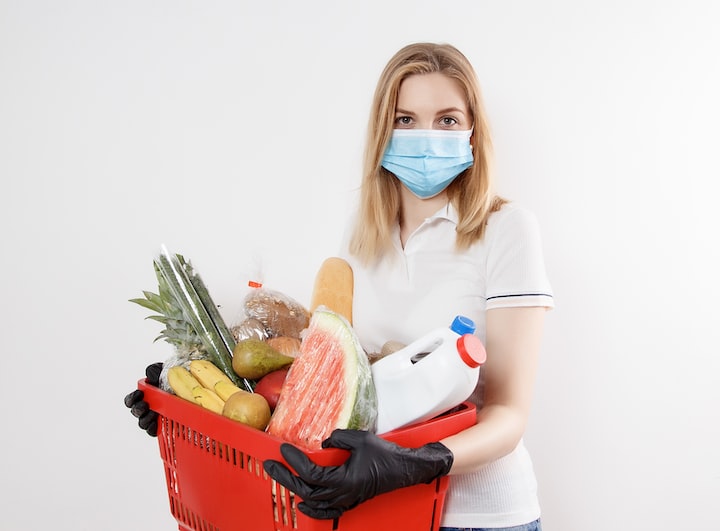 Photo by Liuba Bilyk on Unsplash

Have you ever noticed the fact that the things you normally buy are shrinking over the years? Take a look at the bag of your favourite potato chips. Is there more air in the bag than chips? Does the toilet paper seem to run out faster? Does the store-bought cookies appear thinner? Finally, does the packaging on items seem to get more flimsier? Well, if you now get an idea of what I’m talking about, you’ve already experienced what’s known as “shrinkflation”!

What is Shrinkflation? And why does this happen?

According to Investopedia, shrinkflation is a strategy employed by companies whereby the size of the product is reduced, while maintaining its sticker price. This practice helps the industries counter the rise of production costs due to inflation, while boosting their profit margins. Simply put, instead of increasing the prices, manufacturers redesign their products in order to accommodate a minor reduction in quantity, which is then sold for the same pre-inflation price.

Companies also compromise on the product/packaging quality in order to keep expenses low. For example, the whole fad of sustainable fashion is the result of shrinkflation. Inflation is dealt on by decreasing the fabric quality, along with the manufacturing costs. Overall, this phenomenon has been going around for years. Don’t believe me? Try to find out how the popular products from your favourite consumer brand looked in the past, as compared to what it is now. There was news circulating about how a Japanese man had identified and documented nearly 400 examples of shrinking consumer goods!

So, what’s driving this? Companies claim that this is a result of the ongoing inflation: increase in the prices of raw materials, increasing transportation costs, and rising competition in the market.

One of the major concepts behind shrinkflation is called the ‘brand refresh’. In order to sell a product without raising its cost, manufacturers make subtle product downsizing, whereby the product gets a new design which decreases its volume a bit. Lesser volume across a large number of products can help increase profit margins.

The companies achieve this by making changes in 3 dimensions of the product; which makes the rebranded item have less volume, but the shrinkage isn’t as noticeable. Lesser volume means less packaging, more products, and ultimately, more profit!

Can Shrinkflation Be A Boon?

Experts say no! Even though it may seem as if the consumer gets lesser value for what they pay, shrinkflation keeps the price-to-value ratio constant under inflation. Companies benefit more from this phenomenon. They save on packaging, make and sell more products, and maintain their profits.

And for the consumer? Smaller size means less packaging, which in turn means less pollution. And in case of packaged foods and beverages, lesser volume translates to fewer calories.

How To Beat Shrinkflation?

The simple answer that the experts give is: ‘No, we cannot beat shrinkflation!’ Shrinkflation isn’t constant, rather it is cyclical. The ongoing inflation in the world right now is the major driving factor behind this. As soon as inflation ends, shrinkflation reverses. And the cycle continues…

Though we cannot do much about this phenomenon, we can certainly be vigilant with our consumption habits in order to reduce the effects of shrinkflation in our monthly bills. For this, we have to be smart in daily purchases by checking each product for their quantity and packaging. One way we can determine the product’s actual value is to divide its cost by volume. However, also keep in mind the inflation rate before you make the purchase.

We cannot beat shrinkflation, so might as well be smarter about it!

More stories from Shalin Thomas and writers in Trader and other communities.