Should you add Equity Crowdfunding to your portfolio?

by Caleb Naysmith 5 months ago in advice

The risk vs reward of crypto, with the assets-backed investing of the NYSE. 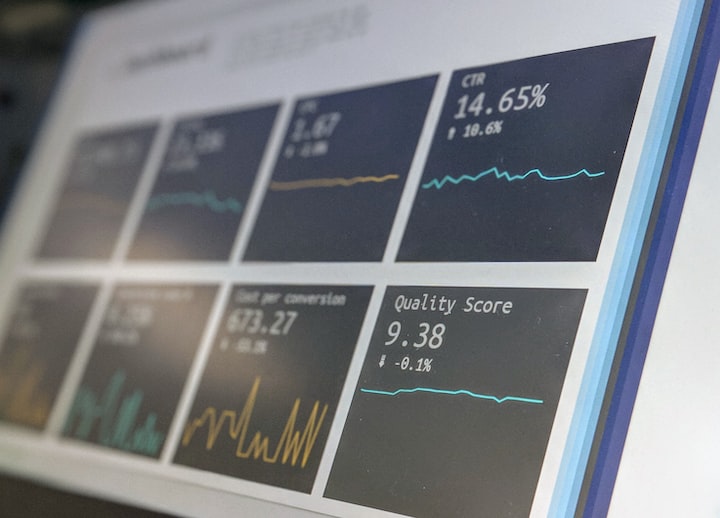 Photo by Stephen Dawson on Unsplash

Many people are still on the fence about Equity crowdfunding. Not only is it extremely risky, but the investments tend to take literal years, if not decades to actually pay off. Even if you have a successful exit, you might not make any money on it, or potentially lose money even! Even if it survives a long time, that doesn't mean you will see a return. In fact, I only know of a hand full of instances that have actually given investors meaningful returns that have made them happy.

That being said, I discovered equity crowdfunding roughly in January of 2021, and have since made roughly 19 investments in various companies on StartEngine, including the largest one in StartEngine itself. If the outlook is so grim, then why do I keep putting more money into this?

There are a few reasons here:

Pay off for getting one correct

This is obviously the biggest one for me and most people. If you were to get one of these companies correct on a massive scale, the potential payoff could not only be massive but set you up for life.

Putting 500$ into a company worth 10m that turns into a billion-dollar company means it is now worth $50,000. Sure, 10,000% investments can happen on the open market and do happen on occasions, but it’s just as risky, and most of the time, it’s already price in the second you see the value. That’s because anyone with any amount of money got the news before you, and you’re hearing it when everyone else does. There’s options and derivatives trading, but the odds of those having a good return are just as good roughly as investing in Startups. Options can expire, decay, and roughly 80% of all options trade’s end in a loss, and probably basically 0–1% end in insane gains.

The way I see it, the open market is better for smaller gains, with larger sums of money. I have my 401k in there, and occasionally put a few grand on a play I think will pay off. StartEngine is good to invest in a large, diversified portfolio of well-researched companies, and in hopes that of the 20, maybe 2–5 of them will have good pay off’s. StartEngine works because even if you only get 1 right though, it has the potential to literally change your life. Not to mention, if you hold for (I believe) 5 years, any gains you make are completely tax free.

It’s cool because there are tons of instances where I can go and join things that I would have never heard of, or been a part of, and now I can not only be an early adopter, but I can also be a large part of its success, and profit from it! You can try cool new products that you wouldn't know otherwise existed, try out new social media platforms and websites, and tons of other stuff.

Not to mention, you often get cool and free products just for investing. You can try out products before hand, and if you like them and think they will take off, you can invest! As well, you can try it out and if you don’t like it, then you know to stay away. Your own judgement is a big part of the success, and if you’re right the payoff can be HUGE.

You’re an investor, not just a random shareholder

This is also a really cool aspect. You’re not just some random person that owns 100 shares on Robinhood, but an actual name and person, and communicate actively with lots of these companies. I have talked with, called on the phone, messaged, emailed, etc. many of the founders on the platform, whether I have invested or not. You can personally contribute to ideas and be apart of the companies success. They like to hear your idea’s and opinions, and if you contribute largely to their success, they often notice.

These aren’t multibillion dollar corporations owned by Mr. Billionaire elite. Obviously there’s lots of successful businesses, and some are owned by millionaires, billionaires, and so forth, but you get the idea. These are generally small companies, and most of them are just trying to make a name for their company. If people are actively helping take a role in that success, it get’s noticed. I think that’s pretty cool.

You don’t have to price watch

One annoying aspect of the open market is the constant doom and gloom you read about the open market. One day a stock is the best in the world, the next it’s going bankrupt. Massive sell-offs, shorting, and millions of other factors play a big role in all of this, and it’s meant to keep you on edge. Once you submit your money to invest here, you don’t have to price watch anymore. You just sit back, and hope you get a check in the mail one day, or see it on the open market.

At the end of the day, it’s just what you can handle. If nothing else, it’s a great tool to utilize as a small part of your portfolio, or if you’re an optimist like me, then you can spend hours pouring over offering circulars looking for the diamonds in the rough in hopes of a big pay day. I genuinely don’t know if my research will pay off one day, but the first 6 months or so of this journey has been very exciting!

More stories from Caleb Naysmith and writers in Trader and other communities.