How to mine cryptocurrency: Bitcoin and altcoin

by Obajuwon Israel 2 months ago in fintech
Report Story

How to get started 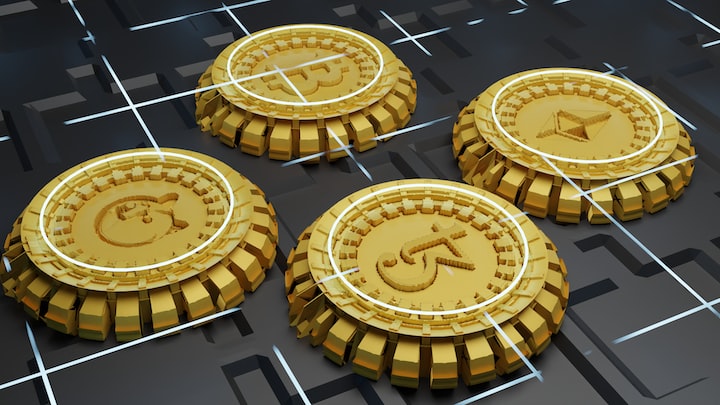 Bitcoin mining
By now, you know that in approximately every 10 minutes, new batches of cryptocurrency coins are made, with an individual coin worth $8000+ at current value. Before I proceed with explaining how it works, let me first make you understand how it does not work. Firstly, do not get the wrong idea that cryptocurrency mining involves using equipment to search through the depths of the internet to locate a digital ore that can be mined into Bitcoins.
There is no actual ore, and Bitcoins are not about smelting or extracting that ore from the virtual world. It has been called mining because the individuals who get new Bitcoins earn it in small and finite quantities periodically, similar to gold. Thus, the process has been termed as mining, and you are already aware of the halving system of the Bitcoin batch in an interval of every four years.
Now, to learn how it works, you should know that all Bitcoin miners are doing is comprehensive bookkeeping. A huge public ledger contains all the records of the transactions carried out in the world of cryptocurrency until the present. Any transaction of Bitcoins between two parties has to be recorded and accredited by the miners in the virtual ledger. It is the miner’s responsibility to monitor that the sender is transacting actual money for mining the Bitcoin. Once the transfer of money is approved, the miners validate it in the ledger.
Moreover, to make sure that potential attackers do not hack the ledger, the ledger is encrypted with very complex computations that are almost impossible to hack. This mining service offers Bitcoins.
There is always a competition going on amongst miners, who look forward to approving their batch of transactions to complete the computations needed to encrypt the transactions in the public ledger. Every new batch results in a rewarding activity for the miners who completed the transaction.
However, the computation process is quite daunting. Specialized equipment with hi-tech processing units are responsible for computing and solving cryptographic problems. It all does seem exhilarating, doesn’t it? After all, the process of mining has generated a robust solution to a tough problem that every digital currency faces, which is double-spending.

Altcoin mining
Firstly, one should know that mining Bitcoins in the current climate would be too expensive. If you had initiated mining Bitcoins in the year 2009, when it started, you could easily generate tons of dollars. But, it is also true that you could have lost plenty of money. I would not recommend beginners who are planning on starting small to invest in Bitcoins. The level of maintenance expenses and investment needed, accompanied by the computational difficulty in the process, is not lucrative at standard-level hardware. Bitcoins are not more appealing to large-scale industries that have hundreds and thousands of dollars to spare in the process.

However, we do have alternative cryptocurrencies, like Feathercoins, Dogecoins, and Litecoins, that provide benefits at a much-budgeted level for beginners. Anyone interested in mining any of these altcoins can generate up to 10 dollars every day using the usual consumer-level mining hardware.

Here is how you set up a mining process for any of these coins.

1. Set up a coin wallet, which is a private database, free to use. It is like a digital Piggy bank that is protected with a password to keep your earnings secure. It also stores the open network ledger used for recording the transactions.

2. A software package (usually free), which is usually made of open sources and pool mining regulatory platforms, like stratum and cgminer.

3. Online mining pool membership, where miners have built a community to combine their computers and increase their power, hence profits.

4. Authorization at some currency exchange online, where you can trade your earned coins for traditional cash.

5. Continuous and fast internet connection. At least 2 Mbps is needed.

6. An air-conditioned part of your home where the hardware will be set up.

7. A customized desktop created explicitly for mining. Your standard computer may not be used, as you will need to keep running the system for mining. Also, your laptop, handheld device, or gaming console will not be of any use as these units are not able to generate enough computations for earning profits.

8. A GPU unit or an ASIC chip, which is a processing device used for mining. It can cost from $90-$3000 for either of these two units.

9. A cooling fan to keep the mining system cool at all times. A lot of heat is generated while mining, which is why a cooling device is needed for a successful mining process.

10. Staying updated with the technological changes in the mining industry is also a requirement. New techniques and amendments are continually happening in this industry, so you will have to be aware of them to be a successful miner.

More stories from Obajuwon Israel and writers in Trader and other communities.