History of the Stock Market

by cdenis17 3 months ago in history
Report Story

A Brief History of the Stock Market 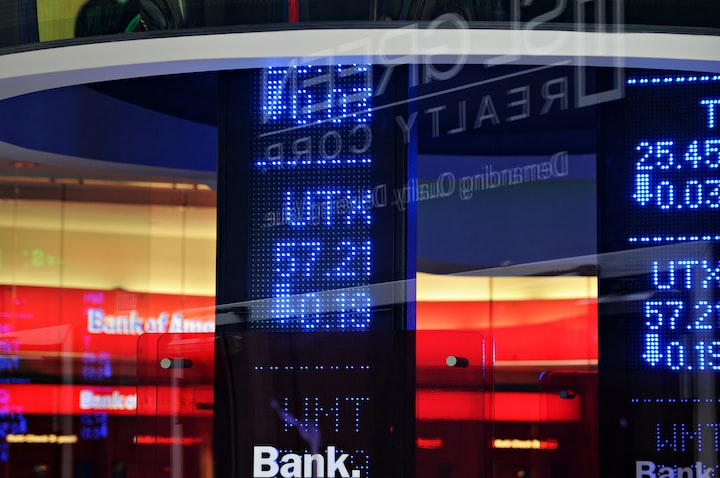 Photo by Oren Elbaz on Unsplash

The stock market can feel like a vast, nebulous force that’s difficult to comprehend. Yet these markets had humble beginnings in Western Europe in the 1600s. From then to now, here’s what you need to understand about the history of the stock market.

The Idea of a Stock Market

A stock exchange or stock market is a physical or digital place where investors can buy and sell stock, or shares, in publicly traded companies. The price of each share is driven by supply and demand.

The more people want to buy shares, the higher the price goes. Less demand, and the price of a share drops. Stock markets now exist in most countries, but the first appeared in 17th century Amsterdam.

Here is a timeline of major events in the stock market’s history:

• Late 1400s: Antwerp, or modern day Belgium, becomes the center of international trade. Merchants buy goods anticipating that prices will rise in order to net them a profit. Some bond trading also occurs.

• 1611: The first modern stock trading is created in Amsterdam. The Dutch East India Company is the first publicly traded company, and for many years, it is the only company with trading activity on the exchange.

• Late 1700s: A small group of merchants made the Buttonwood Tree Agreement. The men meet daily to buy and sell stocks and bonds, a practice that eventually comes to form the New York Stock Exchange.

• 1790: The Philadelphia Stock Exchange is formed, helping spur the development of the U.S.’s financial sectors and the country’s expansion west.

• 1896: The Dow Jones Industrial Average is created. It initially has 12 components that were mainly industrial companies.

• 1929: The U.S. stock market crashes after the decade-long “Roaring 20s,” when speculators made leveraged bets on the stock market, inflating prices.

• 1971: Trading begins on another U.S. stock exchange, the National Association of Securities Dealers Automated Quotations, otherwise known as the NASDAQ.

• 1987: Corporate buyouts and portfolio insurance helped prices in the market run up until Oct. 19, what becomes known as “Black Monday.”

• 2008: The stock market crashes after the boom and bust of the housing market, along with the proliferation of mortgage-backed securities in the financial sector.

Where Were Stocks First Created?

The idea of trading goods dates back to the earliest civilizations. Early businesses would combine their funds to take ships across the sea to other countries. These transactions were either implemented by trading groups or individuals for thousands of years.

Throughout the Middle Ages, merchants assembled in the middle of a town to exchange and trade goods from countries worldwide. Since these merchants were from different countries, it was necessary to establish a money exchange, so trading transactions were fair.

Antwerp or Belgium today, became the center for international trade by the end of the 1400s. It’s thought that some merchants would buy goods at a specific price anticipating the price would rise so they could make a profit.

Who Invented the Stock Market?

The first modern stock trading was created in Amsterdam when the Dutch East India Company was the first publicly traded company. To raise capital, the company decided to sell stock and pay dividends of the shares to investors. Then in 1611, the Amsterdam stock exchange was created. For many years, the only trading activity on the exchange was trading shares of the Dutch East India Company.

At this point, other countries began creating similar companies, and buying shares of stock was all the rage for investors. The excitement blinded most investors and they bought into any company that began available without investigating the organization. This resulted in financial instability, and eventually in 1720, investors became fearful and tried to sell all their shares in a hurry. No one was buying however, so the market crashed.

Another financial scandal followed in England shortly after— the South Sea Bubble. But even though the idea of a market crash concerned investors, they became accustomed to the idea of trading stocks.

More stories from cdenis17 and writers in Trader and other communities.