Basic principles of cryptocurrency and the batman of our times

by Obajuwon Israel 2 months ago in economy
Report Story 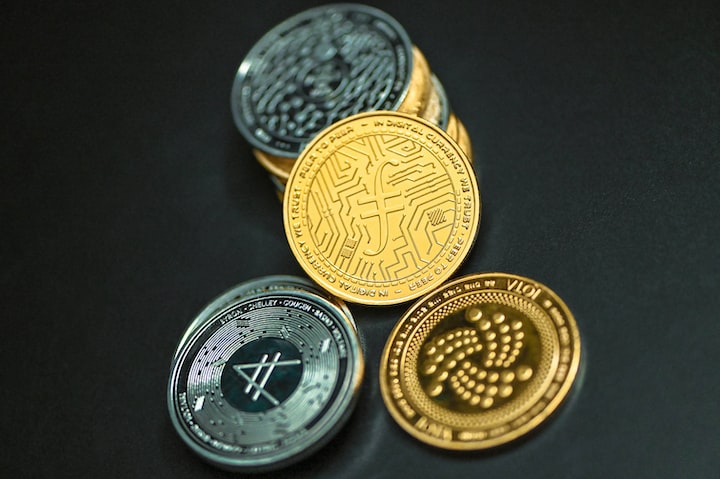 Let’s take a roundabout approach to this topic, starting from the banking sector.
The entire banking system of our days, regardless of the country, is arranged in such a way that we do not own our money. Central banks in any state hold an emission monopoly, which is provided through legislation, creating a sure stumbling block to l cryptocurrency legalization.
Fiat money is a term used by the cryptocurrency community to designate a currency without intrinsic value as money by government regulation or law (dollar, euro, etc.).

In theory, this currency should be secured by at least those goods, products, or services that are produced in the territory of a particular country (GDP) so that every citizen of this country can exchange their personal money for products. All the banks of the country also undertake the same currency, and the central bank promises to maintain its stability and reliability. This is how it works in theory, but no one can actually guarantee the currency’s stability.

The government of a country is the main customer of all goods and services for the population, i.e. one of the largest employers. It is also the largest customer for the construction of roads, houses, hospitals, schools, etc. This makes up the lion's share of the GDP of each particular country. Accordingly, the government ensures the life of the population – pays pensions and social benefits. All these funds are taken from the central bank, which can issue currency and finance the government.

A policy dubbed quantitative easing was once implemented in the USA and later even spread to Europe and Japan. Due to this phenomenon, the amount of money in the world has greatly increased, while the purchasing power of the dollar has decreased over the past 100 years by 95%. This trend is ongoing. The more money there is, the cheaper it becomes. It is important to keep in mind that each kind of currency experiences inflation, which indicates the depreciation of currency over some time. In other words, inflation is the speed of money circulation. The country's economy has its own cycles as people take on loans and then pay them back.

I cannot help but mention these loans. In the USA, the loan interest rates are at an average of 1%. They remained at zero level for a long time in the past. The central banks issued money and bought up financial assets, and accordingly, the poor people remained poor, and those people who had financial assets, stocks, or real estate made a constant profit. That is why each crisis makes the poor even poorer and the rich even richer. These processes result in a very powerful stratification of the population.

However, alas, the economy works in this way, and we approach a kind of dead end, as many financial analysts state. All of this to demonstrate that the central banks do not cope very well with their function. So people started to look for an alternative way to preserve the value of money. If not to multiply, at least not to lose. That’s why many people invest in gold, fixed income instruments, shares, etc. At the same time, the economy began to develop swiftly after the Internet appeared, so people realized they do not need to hold money in physical form now. Thus, the concept of electronic money emerged.

The idea of creating a digital currency like Bitcoin is not entirely new. Still, there is a difference between Bitcoin and other types of digital money. If you use such electronic money systems as PayPal, Western Union, or Skrill, your finances are stored in the same companies. In this case, we deal with centralized money management, i.e. the fate of your money depends on decisions of specific people in these companies. You have no power to influence these decisions.

More stories from Obajuwon Israel and writers in Trader and other communities.