Analysis of Convergence, Interdependence, and Divergence by Kamal Derviş’

GK
by Gus Krider 2 months ago in history

The tricky connections between rich and poor countries 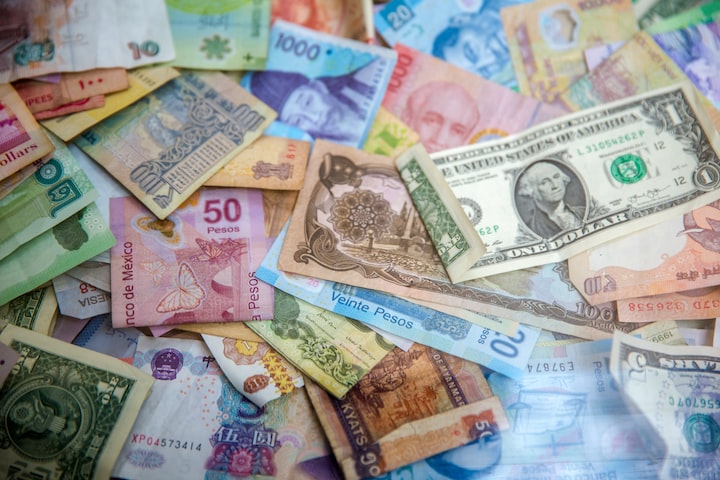 Kamal Derviş’ Essay in his essay “Convergence, interdependence, and divergence” presents three globalization trends. The convergence of global incomes per capita, the cyclical interdependence of countries, and the divergence of income distribution within nations. The trends suggest that while developing nations are catching up with developed nations, global income inequality is on the rise, and the interdependence of nations is cyclical meaning that while developing nations are growing faster than their developed counterparts, economic crisis in the developed world can be devastating to the developing world.

With respect to the Convergence trend, “the late development economist Sir Arthur Lewis said, ‘For the past hundred years the rate of growth of output in the developing world has depended on the rate of growth of output in the developed world. When the developed world grows fast, the developing world grows fast, when the developed slow down, the developing slow down.’ ” (Derviş, 2012) Now according to Derviş that is no longer true of long term trends. This era of new convergence emerged in the 1990s (Derviş, 2012). For example Turkey’s average annual GDP per capita growth was 2.5% over the last 15 years, compared to an average 1.3% in the United Kingdom (The World Bank Group, 2016). This is just two countries as an example but “For the past two decades, however, per capita income in emerging and developing economies taken as a whole has grown almost three times as fast as in advanced economies, despite the 1997–98 Asian crisis.” (Derviş, 2012)

Derviş cites three reasons for this convergence trend, the first being globalization. In the globalized economy it is easier for nations to play technological catch up, as links between developed nations speed them along. This accounts for the fact that much of this convergence isn't geographically equal, namely Subsaharan Africa has missed out on the convergence so far. Due to poor political climate and infrastructure Africa has lacked in globalizing more than anywhere else. (Mills, 2010)

The second reason for the convergence is the demographic transition. Countries in the developed world have a larger percentage of working aged people available to them, which helps move their economy, generating more income per capita (Derviş, 2012). For example China’s dependency ratio is 36.6%, it beats out developed nations like the U.S. 50.9%, U.K. 55.1%, and Germany 51.8%. China median age is 37.1, and three years younger than the UK’s median age of 40.5 (The World Factbook – Central Intelligence Agency, 2001). With more population working it is easy for nations to approach the developed west.

Lastly developing countries invest more, as highlighted by (Derviş, 2012) an average of 27% of GDP investment could be expected, while Derviş indicated 20.5% as a rate typical of developed countries.

The cyclical interdependence of nations is interesting, the convergence trend does seem to indicate that growth in the developing world is not linked to the developed world, but the financial crisis revealed that was not true. “…per capita growth in the emerging markets and developing economies slowing to less than 1 percent and a decline of nearly 4 percent in advanced economies. But the former recovered quickly, with a growth rate of 6 percent in 2010 compared with 2.3 percent for advanced economies.” (Derviş, 2012). The connection of business cycles to the developed world comes from three channels in Derviş’ opinion. These channels being trade, financial networks, and consumer confidence. The effects of the crisis indicate the connections that are present in the finical systems and consumer confidence. As far as trade goes the United States second largest trading partner is China, its third is Mexico according to the Census Bureau. Linking those nations to our business cycles (Census Bureau, 2013).

The last global trend covered in Derviş’ work is divergence of income distribution, which is a worldwide phenomenon, it is not different in developed or developing nations. “In developed and developing countries alike, the poorest half of the population often controls less than 10% of its wealth.” (World Economic Forum, 2015) This trend has been increasing linked to globalization, and is expected to get worse, as it must be combated by redistributing wealth in individual countries (Derviş, 2012).

As the world has become more connected it has given the developing nations a chance to outcompete their rich neighbors and they will eventually catch up causing convergence. It has also allowed countries to diversify their partnerships making them less vulnerable to economic slowdown, but still susceptible to large economic shocks. Still as nations grow equal many people are not becoming more prosperous as the GDP per capita rises, but the money concentrates in the hands of the few. These are the macrocosmic trends globalization has given our world as it relates to the linkages of developed and undeveloped nations.