by Vidello Productions about a year ago in history

They are billionaire Wall Street finance bankers and we are taking a look at 15 expensive houses they own or owned. 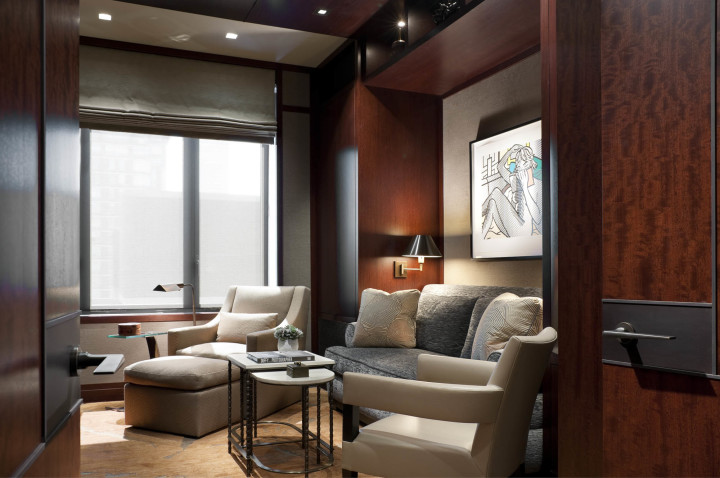 Bruce Kovner bought this beautiful Georgian mansion in 1999 and converted it to a science fiction fortress with a dozen bathrooms.

Other features include a book vault, a media room that is entirely soundproof and a two-story master bedroom.

The secretive billionaire is also believed to have installed a lead-lined "safe room" on the fourth floor that's capable of protecting him in the event of a dirty bomb or chemical weapons attack.

The whole home is thought to have cost the Caxton Associates founder around $27.5 million! 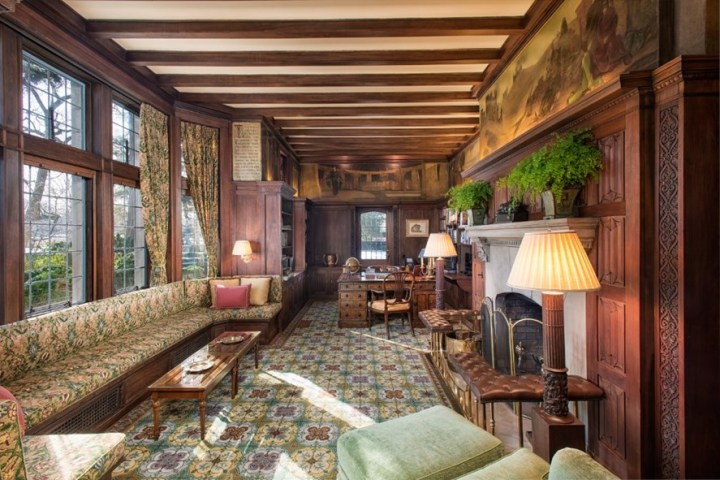 One name that is completely recognizable in the world of banking, this legendary financier is alleged to have paid $22 million for his Westchester retreat.

The home, which is located in Katonah, New York is vast and features numerous bedrooms and bathrooms as well as a private swimming pool and media room.

In 2003, he added a 19-room mansion spread over 63 acres to the existing property and also owns a vast estate in Bedford which he bought from the ‘Jurrasic Park’ author Michael Crichton. 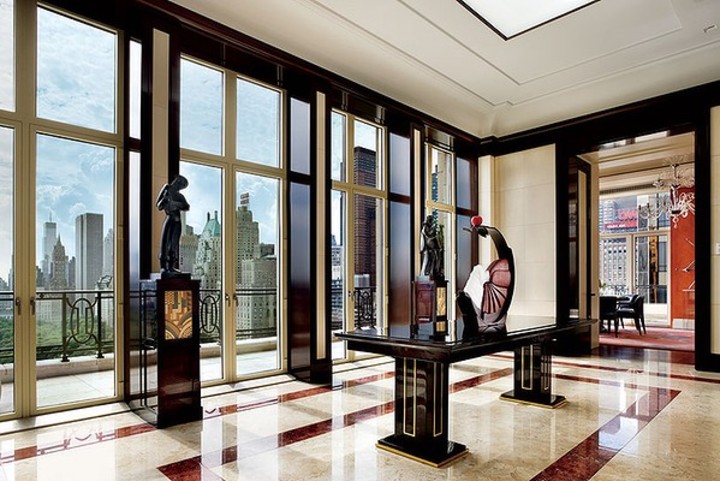 Now sold, this $88 million penthouse is located at 15 Central Park West and set a record for price paid per square foot of a Manhattan apartment.

The 6,744-square-foot penthouse has an amazing amount of amenities including a chef's kitchen, four bedrooms including a master bedroom, five bathrooms, and its own wet bar.

One amazing thing about this penthouse is that it is actually served by four elevators and we almost forgot that it has a north terrace... double great views of the city! 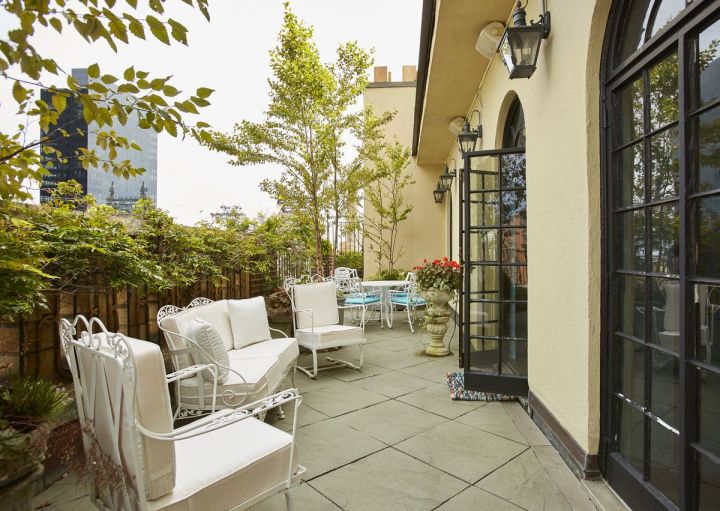 Purchased by legendary short-seller and head of hedge fund Kynikos Associates, Jim Chanos is thought to have paid $24.85 million for his Upper East Side triplex.

The triplex covers over 7,800-square-feet, 3,600 square feet outdoors and was purchased by the Billionaire giving him a 14-room triplex penthouse overlooking Central Park to reward him for all his hard work.

The triplex is 50 feet wide and features a master bedroom, master bathroom, large kitchen and another three bedrooms. 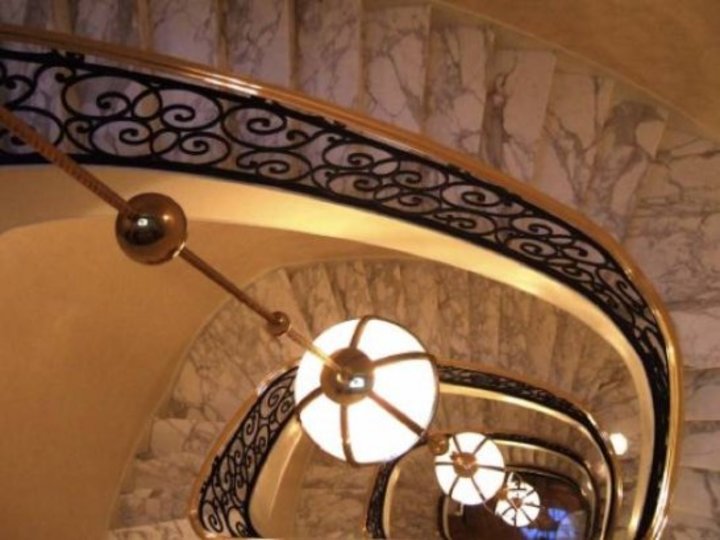 Cerberus Capital Management's owner Steve Feinberg leads a notoriously secret lifestyle; however, when he purchased the former Egyptian mission to the UN in 2003 for $19.75 million, eyes were all on him.

Features include a movie theater, sauna, and roof garden and it's thought he spend around $15 million on renovations, that apparently took five years to complete.

The home is thought to be protected by a complex security system, so don't bother trying to break in! 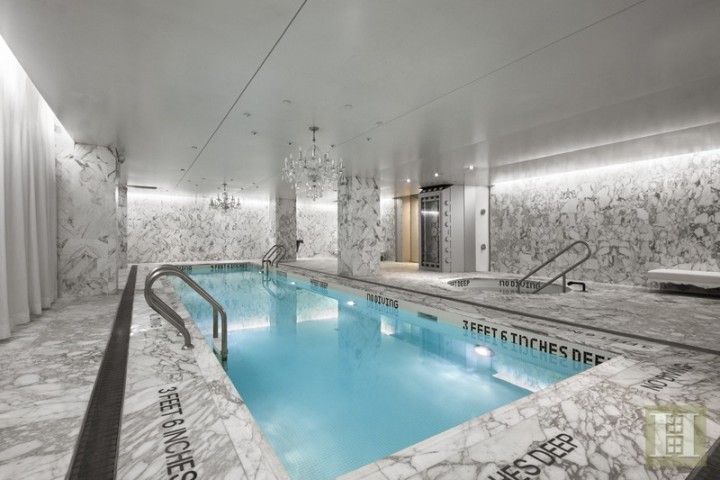 The new development includes the old JP Morgan building at the front and the 15 Broad Street tower at the back.

Features include a large living room, kitchen, five bedrooms, five bathrooms, a rooftop pool, and other over the top amenities including a private elevator. 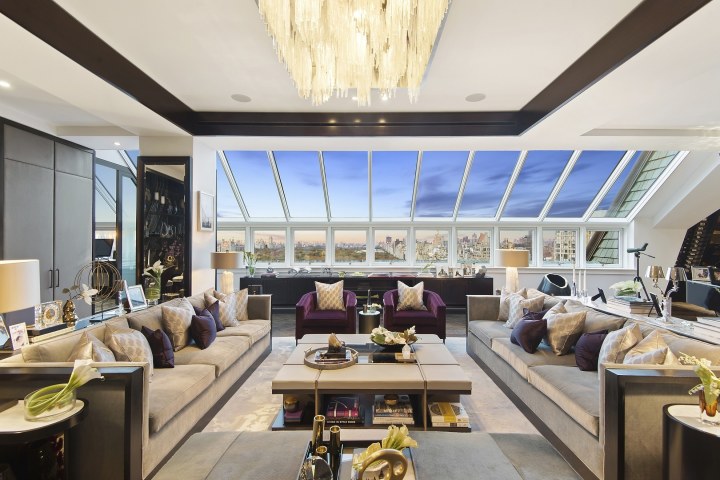 Featuring a private elevator landing that opens to a stately windowed gallery 27 feet long, with a grand staircase and entry to a 15-by-14-foot west-facing terrace... this triplex is massive.

The monthly maintenance fee of $19,215 alone is enough to make your eyes water and Stephen Schwarzman, CEO of Blackstone, is thought to have paid $30 million dollars.

The amazing thing is, he purchased the triplex back in the year 2000, so it's worth considerably much more on today's market. 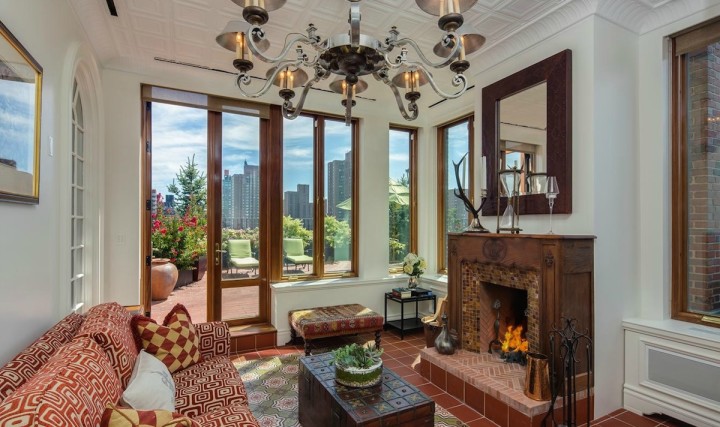 CEO of JP Morgan, Jamie Dimon, recently decided to combine his $4.9 million apartment with another he already owned that cost $5 million dollars.

This massive home has one very unique feature... a sound-proofed area where Jamie listens to Frank Sinatra at full volume.

The 2,577-square-foot home features eight exterior rooms and four interior rooms; however, not much else is known about the home. 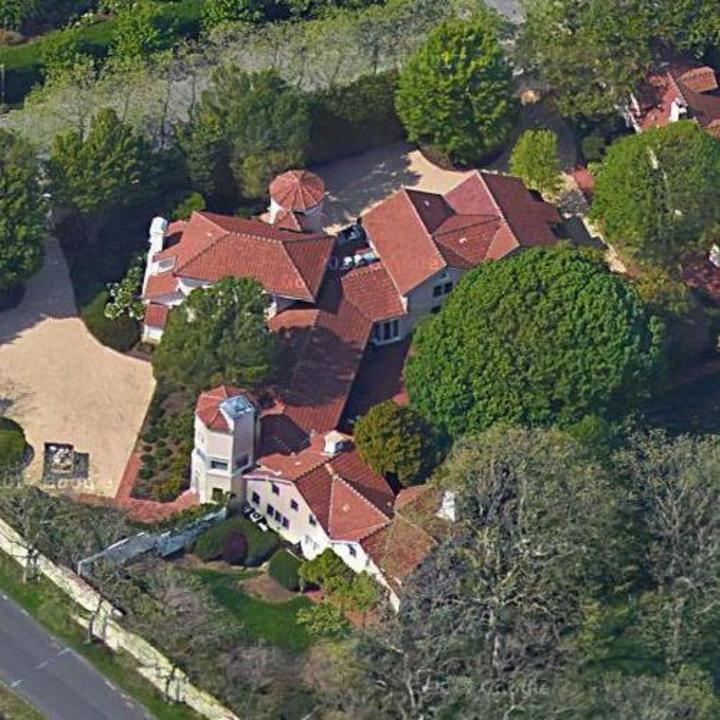 Mr. Soros reportedly made most of his fortune trading currencies and the chairman of Soros Fund Management owns a super luxurious home that is located in Southampton, New York.

Soros is thought to have a net worth or around $8 Billion dollars and his home features a tennis court, outdoor swimming pool and is surrounded by large trees and a gated driveway.

The house features 5 bedrooms, 4 bathrooms, a large kitchen, and living room area; however the price paid for the home is currently unknown—we estimate over $10 million with its location. 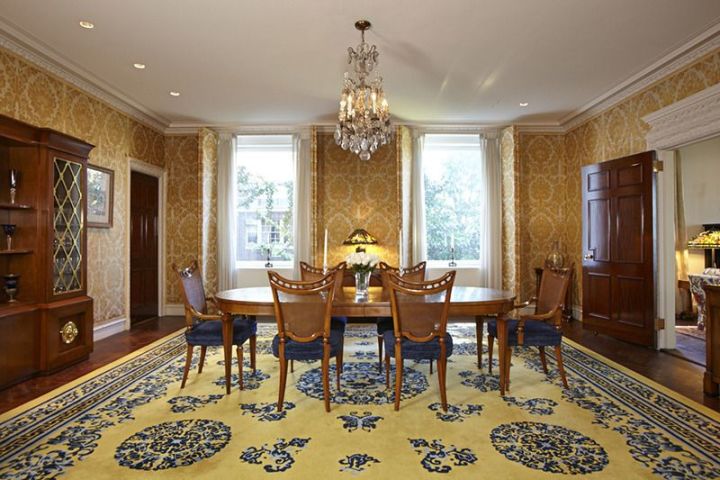 The founder of Perry Capital is thought to be worth an estimated $1.2 billion back in 2008 and he purchased the full floor penthouse at 1 Sutton Place in 2000 for $11 million.

The interior of the home is a modern art dream and was featured in Vogue magazine with a Jeff Koons sculpture on the roof.

The home is thought to feature 3 bedrooms and 3 bathrooms; however they did not stop at just one property in the building.

He is rumoured to have purchased the three-bedroom spread one floor down from his current apartment costing $7.6 million. 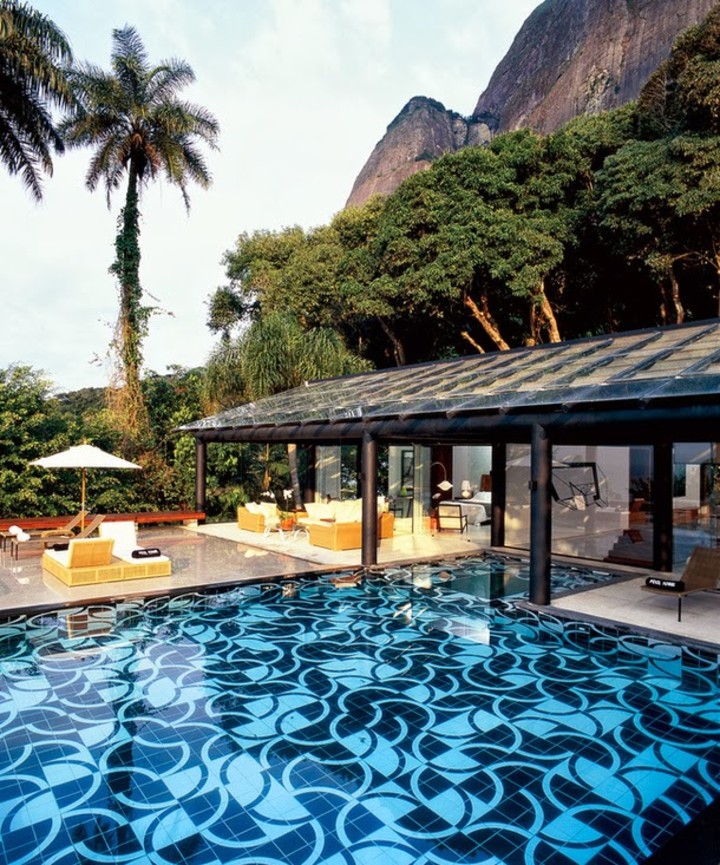 The name that is synonomous with one of the biuggest banking families in the world, the Honourable Nathaniel Philip Victor James Rothschild owns an amazing home in Brazil.

The home, located in Rio de Janeiro, is a spectacular beach front glass house, built on a lush hillside in the 1980s by Claudio Bernardes.

Rothschild had the place re-built in a year as it was in very poor condition with it featuring an amazing swimming pool and relaxation area next to it.

Pictures show a marble bathtub in the bathroom and a series of bedrooms, lounge area but the kitchen is unknown. 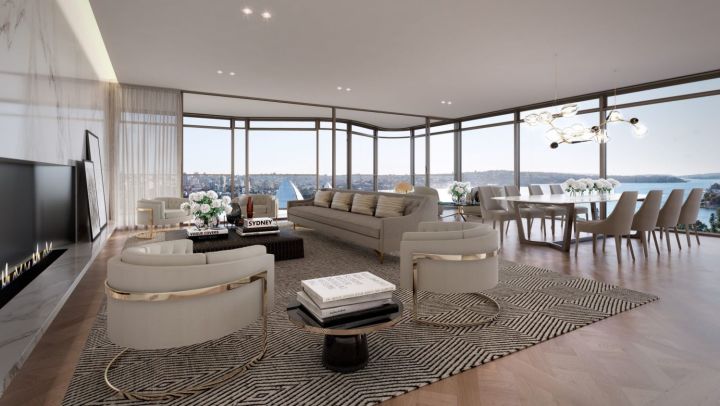 Many renovations were completed including library shelves built with wood from a single walnut tree.

Robert Kelly has neighbours such as Ryan Seacrest and Kelly Ripa with them paying $75,000 a month in rent... yep it's expensive to buy! 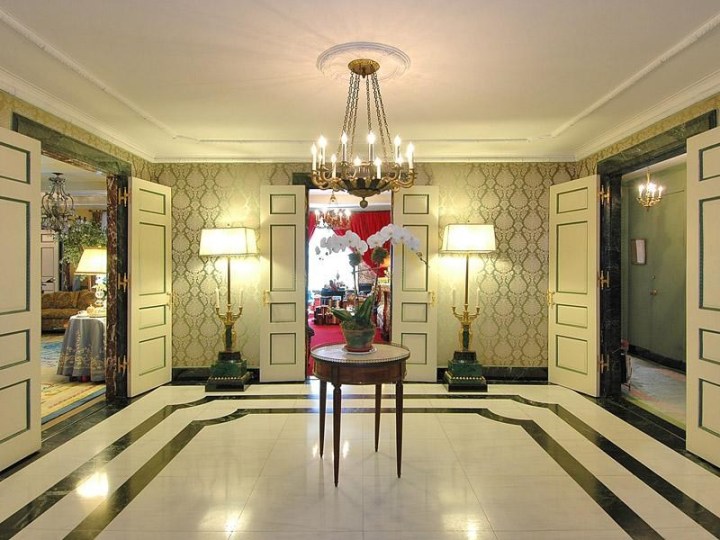 Glenn Dubin's $30 million mansion at 1040 Fifth Avenue is thought to take up all of the fifteenth floor and cost him a whopping $30 million.

Dubin is the Principal of Dubin &amp; Co, a private investment company, and has a net worth of around $2.1 billion, so the purchase of this massive home was probably not even noticed in his balance.

2. Palace at the Beresford - Vikram Pandit 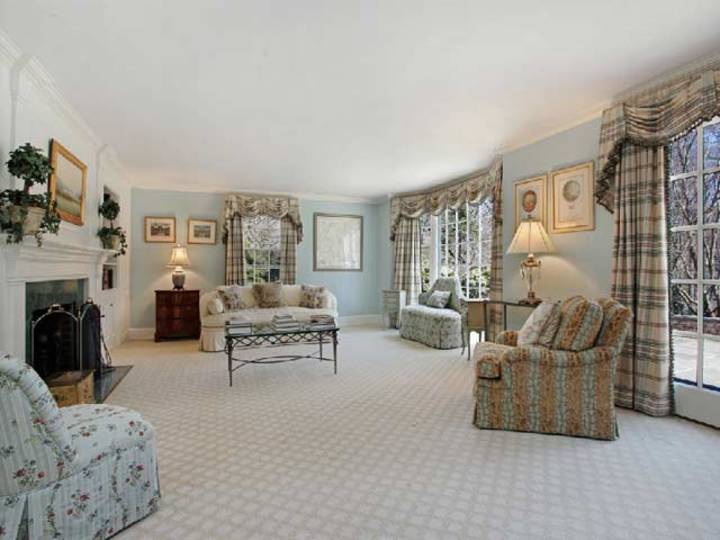 Citi's former CEO bought the apartment in 2007 and spent $18 million in doing so, looks like those big banking deals paid off before he left the company on the 16 October 2012.

Pandit, who has an estimated net worth of around $120 million, also owned a home in Greenwich Connecticut before he sold it for $4.3 million. 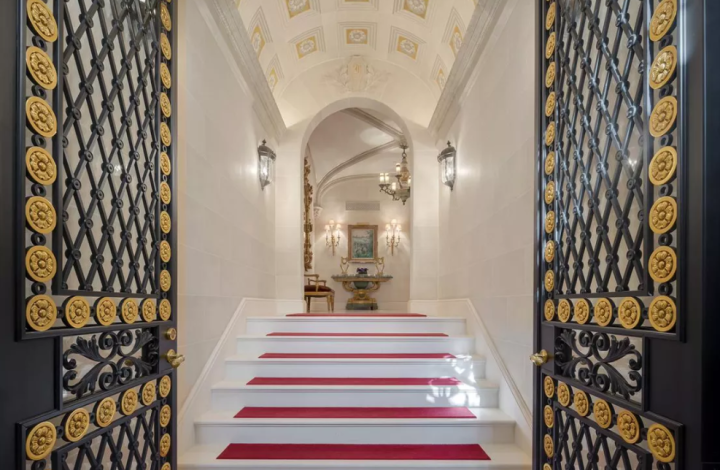 Located at West 67th Street, American businessman and the founder of Harbinger Capital, Phil Falcone is the 1175th richest person in the world with a net worth of $1.2 billion.

Him and his wife owned a 13,300-square-foot property on the Upper East Side that was listed for $39 million that was purchased in 2004 for $10.3 million dollars.

The 24-foot-wide, five-story limestone property dates back to the late 1800's and has access to 2,200 square feet of outdoor space as well as the indoor areas.

The home has limestone reception gallery with nearly 13-foot ceilings, formal dining room with a south-facing terrace and a paneled library with a wood-burning fireplace.

Other features include a master suite that spans the entire fourth floor, marble and mahogany-paneled bathroom with a jet-tub and steam shower and a 400-square-foot dressing room.

Amenities include a home gym, a wine cellar, and a landscaped rooftop terrace with The couple now living in a $49 million pound home on the same street with an added underground movie theatre and swimming pool.

Thanks for watching our video on 15 Expensive Houses Owned By Billionaire Wall Street Finance Bankers. Please throw a like on the video to support the ongoing series and subscribe for more top list videos coming soon.

My name is William Jackson, I am a YouTube content creator with over 85,000 Subscribers and I run a series called 10 Expensive things that are focused on the lifestyles of Billionaires.