My near wardrobe malfunction on a national stage 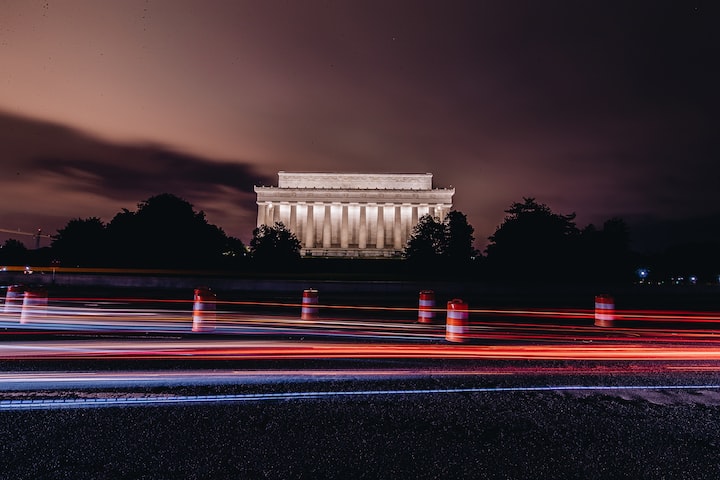 Photo by Caleb Fisher on Unsplash

Last week, I failed to include one of the off-the-wall, i-can’t-believe-that-happened experiences because it deserved a post of its own.

One of the perks of being in Washington, D.C. wrapping up my internship and grad school requirements for my master’s program was attending the White House Correspondents Association Dinner and having a private reception with President Obama and the First Lady beforehand.

Well, let me back up.

First a little blurb on the White House Correspondents Association (WHCA): It is an organization of journalists who cover the White House and the President of the United States. The dinner they host is an annual event that serves as a fundraiser for the organization. It ends up being a cadre of famous journalists and media personalities, Hollywood celebrities, and D.C. political elite. Typically, a host is chosen. Most usually a famous satirical comedian gives a scathing monologue that includes jabs at famous audience members and the president. Then the president gives a speech. General attendees get a few laughs, see a few famous people, and are served a rather mediocre hotel dinner. And if they are lucky, get a few seconds of screen time on CSPAN, the only outlet that covers the event. Because, well, any of the other journalists who would cover it are attending said event. D.C. insiders often refer to this event as Washington, D.C.’s ‘nerd prom.’

What was I doing there? Well, I and 11 other of my grad school buddies were scholarship winners, and we were going to be honored before the speeches began by the First Lady.

But before I regale you with what it was like to meet President Obama, the First Lady, and so many celebrities, I want to tell you about an almost scandal that might have made for juicy headlines and quite possibly an embarrassing breach of national security and general D.C. social decorum.

My fellow grad buddy and I spent the afternoon getting primped at a salon in Northern Virginia. Our gowns were pressed and our makeup was done. One final picture was snapped, and we heard our taxi pull up outside (Side note: This was just before Lyft and Uber swept the nation so a taxi it was, which can be tricky when traveling from Northern Virginia down into the heart of The District. Don’t get me started on D.C/VA/MD taxi rules. Yup, I just rolled my eyes out loud).

My friend and I hadn’t even closed the door and the cabby was already moving. So we hurriedly slammed the door shut. And I heard the most alarming ripping sound. In the haste to get safely into the cab, the two strips of fabric holding my one-shoulder-style evening gown together got caught in the door and ripped. I stared at it in shock. Not believing or more like hoping that didn’t just happen.

My friend noticed my panicked look and asked what was wrong. I whispered screamed at her,

“We need to pull over. My dress is caught in the door, and I’m afraid it’s going to fall apart!”

My friend, always stoically calm and a bit cynical about anything dramatic asked the cab driver to pull over. But unfortunately, it was a no-go. We were in the middle of the highway.

I took a deep breath and tried not to get any more panicked. My friend couldn’t understand why I was making such a big deal about this.

“Well,” I said, “My dress is literally being held together by a single thread and in just under an hour we are going to meet a whole bunch of famous celebrities and the President and First Lady. And if we don’t come up with a solution to this little problem, I just might have a wardrobe malfunction in front of the most powerful man in the free world. That’s why I’m making a big deal about this.”

“In addition, this is a ballroom full of journalists, not to mention secret service. There are two things I don’t want to happen this evening: 1. I don’t want to make any headlines as the scholarship winner who flashed her ta-ta’s to a room full of famous people. 2. Nor do I want to become some freakishly weird national security nightmare. So there’s that.”

I spent the rest of the cab ride taking long deep soothing breaths.

Luckily, D.C. values tradition and antiquity so the majority of hotels still had old-fashioned well-stocked gift shops in their lobbies. That meant: SAFETY PINS.

We made a beeline for the gift shop, bought the biggest box of safety pins, and proceeded to pin my dress back together. I kept the wrap I had around me at all times. Just in case.

Our next stop was the private reception with the President and First Lady.

We waited alongside celebrities like Paul Rudd (yeah, Clueless!), Jane Lynch, Sean Penn, Seth Meyers (the dinner host that night), Matthew Morrison (the teacher from Glee), Jon Hamm, and Zach Galifianakis. Those were the ones we had the courage to approach. There were so many other famous people in that small room also waiting to meet the president.

What was interesting at that moment was that we all had the common goal of jockeying to get in the presidential picture line. For a moment, we all felt like we were on the same playing field as these ridiculously famous and elevated celebrities.

But that wasn’t the coolest part. Sure, it was plenty cool to meet these people we only have ever seen on screen. But for me, personally, I’ve never been super wowed by Hollywood folk. They will never understand my reality so I’ve never given much thought to theirs.

But there was one celebrity that stood out that night. After we crossed the stage, got our certificate and a hug from Michelle Obama, and were making our way back to our seats, each and every one of us got stopped by Steve Buscemi.

He stood up from his table, stopped each one of us, looked us in the eye, shook our hands, and said congratulations for being scholarship winners. Now, that is a stand-up guy. That was a cool celebrity encounter. I was impressed by that.

But even more than all of that, the night felt even bigger than what was happening around us. This was the night, in his speech, Seth Meyers teased Donald Trump (who was also at this event) about his potential candidacy. This was also the night that Osama Bin Laden was killed. This night felt like a historical domino that set off a number of events that shook out over the last 10 years.

When I look back on this night, oddly, I think of Farrah Fawcett.

Do you remember the day Farrah Fawcett died?

Yeah, nobody else does either.

Michael Jackson died on the same day, which overshadowed Farrah’s death and the proper tribute she should have received.

My night started out as a personal potential train wreck, but thankfully got buried by many more important leads.

Oh, what a night I will never forget!

I wish you a zig zag kind of week. Until we meet again.