Your London Will Never Be The Same

by Anton Black 16 days ago in humanity 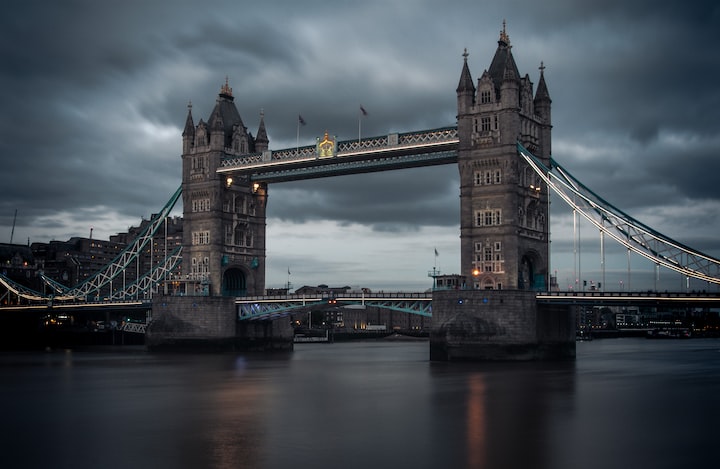 Photo by Lachlan Gowen on Unsplash

The UK's economic model has, at least for the past three decades, funnelled people towards the capital. London, together with all the big cities around the globe have benefited from, what economists have called, "agglomeration effects". Strong global economic headwinds that have encouraged businesses to be as close as possible to each other.

So, if you are a born-and-bread-Londoner, you probably never had to consider whether to move further afield. Chasing your aspirations – even when those haven't reached beyond "being able to make rent" – have inevitably bound you to London.

Like most of those who have never actually left their birthplace, you cannot imagine living elsewhere. The reality is that you never had a reason to go.

Those who are so desperate to leave the city and presume you feel the same.

Yet, part of being a proper Londoner is living alongside those who would rather be somewhere else. They complain it's too big, too loud, too crowded.

In reality they mean to say it's so different from the place they grew up.

If I had to pick a downside of being a Londoner, probably I would say the idea you are expected to bear other people complaining about it.

If anyone turned up in a rural area and kept going on about how much planning you need to say, food-shopping, or locating a decent restaurant - Wouldn't you find them rude (at least)?

But, not here. Come to London, moan and groan about what you want, and you're forward-thinking, sometimes even fearless.

Do it articulately enough and with the right social networks, and you could even get a kvetching book deal about it.

But it's a price worth paying.

Part of what makes London special is not just the people who chose to live in the capital, but the people who have been forced to leave their home for a multitude of reasons.

I am not only referring to people who came for a better life during the last century.

Or immigrants, like me, who came here to study at university and fell in love with it.

Or those who have been coming for centuries the opportunity to have their artistic talent appreciated... And they are the reason why London has so many exciting places to visit, so many diverse cuisines, art and styles.

I mean people like many of my friends too, who came from smaller rural places as graduates and chose to stay.

Even people who only stop through. Those who plan to trade London for a nice house back home or in the suburbs. They also contribute to the greatness of this city. You accept that they are entitled to complain about the unfriendly practices, the high living cost and stress.

The complaining is a price worth paying to keep them around – most of the time.

London could lose its moaners for good.

We will, sooner or later, defeat Covid-19.

With a vaccine or some novel treatments... we will defeat it. One day a combination of medical progress and research will allow us to co-exist with it as we do with other viruses already.

We'll be able to board a crowded train or turn up to the pub minutes before kick-off without worrying about space, safe social distance, or do our jobs without fear for our lives. A great deal that is currently frozen by the pandemic will return to being as it was.

But not all will.

The move to working from home has not been perfect, especially for families with small children or living in many occupation homes. But, it has proved that the fear of many employers that people would not perform without their boss watching over their shoulders was unjustified.

Further to the point, it has shown what some companies, particularly in consultancy services and finance, already claimed to know. If they could encourage some of their personnel to work from home at least some time, significant savings can be made.

In the meantime, many people have taken up cycling and running during the lockdown, and will not give up on these new habits once the crisis passes. Most major businesses plan to switch from a conventional office-based structure to hybrid work practices.

These are all positive developments, as long as they do not have exchanges of employees having to fight for the opportunity to work from home or fight for the right not to. But they ultimately mean significant changes for all cities, and so for London.

Public transports depend on regular users to run in its present form five days a week. There is no doubt it would be subject to even more financial strain. What are the options? Increase fares or reduce services.

City centres will also adjust. Businesses based on catering will have to reconfigure to fewer customers.

All this indicates London, our London after the pandemic will be a different place.

Life will be different.

Companies will be different, and many people will themselves be different as a result of their experiences during the crisis.

The COVID-19 crisis has forced changes, accelerating already-in-play developments and introduce new ones. Amid the pandemic's tragic human toll, London must rise to the challenge by operating differently to supporting businesses and communities.

While no one can predict when or how the pandemic will end, preparing for the future will give definite advantages when the new standard takes form.

After my Economics degree at Royal Holloway University of London, I went on to explore my passion for creative writing and journalism. I write about politics, society and human rights. Only In London is where I share news about the city.

See all posts by Anton Black →