Why Vote for Biden or Trump?

by Jammie Alexander 11 months ago in politicians

Why you should and shouldn't have voted for both 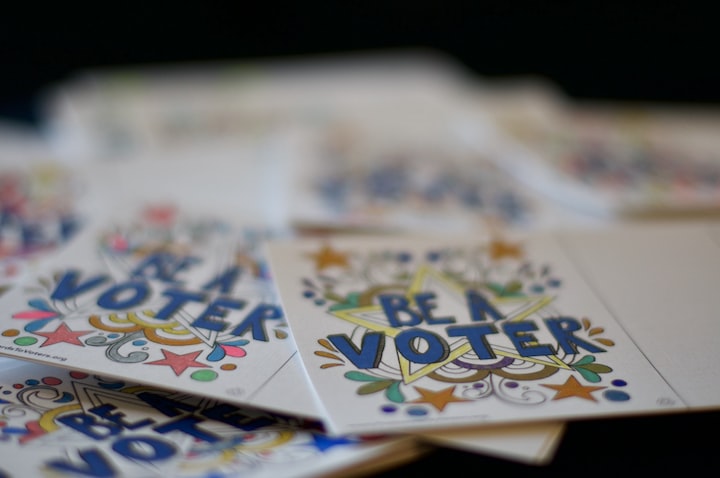 Photo by Dan Dennis on Unsplash

Here are some reasons why you should have voted for Joe Biden. First off he wants to make it so that if you want to go on strike you cannot be fired or replaced. That will guarantee that you won't lose your job if you want to strike. He also supports stronger OSHA rules, which means stronger rules being enforced in jobs and hopefully safer work environments. Biden also hopes to invest $750 billion for universal preschool. That means jobs can have daycares and preschools to help people with younger kids with childcare so they can more easily find jobs. You can find all this here https://cwa-union.org/national-issues/legislation-and-politics/cwa-political/5-reasons-for-biden

Now here are some reasons on why you should have voted for Trump (again). First off his first year in office he signed an executive order that allowed more religious freedom whereas in 2019 the Democrats put in a Bill that limited religious freedom. Trump also supports poor children getting ahead in school. Trump donates all of his paycheck from his presidency to the needy. Even though Trump offends people, we are meant to be offended. I never once heard when I was growing up that I couldn't say something because it offended somebody. My parents raised me to treat others with respect and don't be hurt by what people say. I feel like nowadays people aren't being raised to do the same so they get easily offended and play the blame game. It's not President Trump's fault that not everybody is raised the same way. Here are my sources https://www.politifact.com/truth-o-meter/promises/trumpometer/promise/1341/take-no-salary/

Now here is why you shouldn't have voted for Joe Biden. He wants to cut social security and medicare, raise the retirement age and gut welfare all while trying to lie about it. He claimed that he didn't have time to propose his own health care plan, and when he did it would kill over 125,000 americans and leave over 10 million uninsured. He praises Big Pharma and accepts there donations. He is racist. He pushed for the passing of a bill that would make it harder to investigate police for there crimes. Biden voted for the Iraq war and stated that Bush deserved a Nobel Prize for the invasion. Lied about protesting the vietnam war.

Biden also led the war on drugs while two of his children escaped drug charges. Has many sexual harassment allegations against him. Led the bankruptcy bill. He also wants to raise minimum wage to $15. Normally more money wouldn't be a bad thing however raising the minimum wage would just mean inflated prices everywhere. Raised rent, raised grocery prices, and raised prices all around. We don't need higher minimum wage, we need to focus on getting rid of the debt this country has. Here is my source https://westonpagano.medium.com/125-reasons-you-should-not-vote-for-joe-biden-e3cc298cad88

Now here are some reasons on why you shouldn't have voted for Donald Trump. He hasn't done very good at protecting us during coronavirus, well at first. Trump also has delayed action to prevent climate change. Trump cut back the number of health inspectors to the lowest it's been in 50 years. Trump did ban abortion. Now to some people this is a positive reason to vote for him. He seems to be doing WHATEVER he can to win this election. He even stated that he would pass a second stimulus check if he was voted back into presidency. I don't know about you but buying votes just doesn't seem right to me. Trump also continually supports corporate interests. Here's my source https://www.postindependent.com/opinion/sundin-column-more-reasons-not-to-vote-for-trump/

Now wether you decided to vote or not, you are probably sitting at home doing the same thing I am doing. Checking my phone every so often for election updates. I personally didn't vote, and if I would have voted it would have been for Trump for many reasons. However I kept this as unbiased as I could for everybody's sake. Now on the abortion note, I myself would never get an abortion, however I would be there for a friend or family member so they didn't go through it alone. I hope this was as informative for you as it was fun for me to write.

Mom living with parents just trying to get by right now. In college getting a degree in Business administration with a focus in accounting. I am a God fearing woman and love life. I have the best boyfriend ever.