Why Peace Is Required In Social Environments?

by Akhilesh Vats 13 days ago in activism

What is Peace? A Universal Goal! 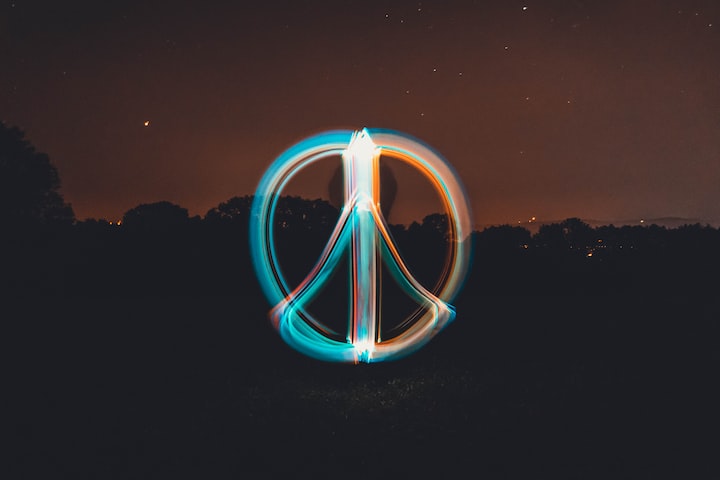 Peace is a philosophical concept of societal harmony and social peace in the presence of violence and conflict. In a moral sense, peace is used to describe an absence of war and conflict between people or groups.

However, a state of peace does not only refer to this imaginary scenario. It also refers to the real circumstances that help promote the idea of peace.

Peaceful periods in life do not just appear or disappear. They need to be earned. And they can never be randomly generated. A good example of this is seen during the Israeli-Hezbolla war in Lebanon in 2006.

The fighting ended without the loss of life or property and a week later, the people of Hezbolla celebrated the four-year anniversary of their victory over Israel in the battle.

Why Peace is Necessary?

Even if we disregard the aspect of emotions and feelings, we can still say that humans are the only creatures that value peace so completely that they go to great lengths and suffer personal and social consequences to achieve it.

Humans desire for security, for a stable and comfortable life, and for the absence or the prevention of conflicts and war. But what does this mean exactly? What are the ingredients of peace? How can we quantify and define it?

Why Peace is Required in Social Environment?

The question, "Why Peace is Required in Social Environment?" Is very much relevant for everyone. It means that we need to understand the fact that relationships are mostly based on trust and understanding.

So, the moment you go for any relationship, whether it is personal, business or even political one, you can expect to encounter some issues that may sometimes lead to extreme difficulties.

This happens because human beings with their limited knowledge of the world, tends to commit wrong, illegal and undesirable acts that may cause loss of life and can destroy the harmony in the human society. Sometimes these acts are not motivated by need but rather by the power that they have.

In fact, the major cause of wars today are due to the human tendency to use power and dominate other countries that are weaker than them. That is why peace should be attained in every part of the world.

How can we Develop the Peace Socially?

The main reason behind this has something to do with the mentality of human beings. They are taught by parents, family members, and other trusted people that human beings are supposed to survive in a hostile environment and if they fail, then they should die. In fact, there is a kind of social conditioning that most of the people are born with.

Therefore, if human beings will not be conditioned that way, they may tend to think that they are better than other people and they would try to dominate others and create unnecessary conflicts and problems in the social environment.

As human beings, we should always remember that we are the masters of this world and we should never allow anybody to subjugate us. Instead, we should learn to respect other religions and cultures, and their right to maintain their culture.

It is a shame that people in the modern world do not realize the essence of peace, love, and compassion. However, at least they should learn to show concern and support for those in need. At least human beings should learn to have compassion for each other and help one another.

Peace and Happiness in Social Environment?

Peace and happiness can only be maintained if there is enough security in the world. There cannot be security and peace in the world if the prices of commodities are constantly rising and the number of jobs and businesses are falling.

The number of dead and wounded soldiers in conflicts around the world would also increase. In addition to that, there cannot be economic development and growth in the world without adequate education and healthcare. This is all because of the imbalance in the world economy.

Why peace is required in the social environment? Because human beings are now living in a world that is governed by laws and rules. If these rules and laws are not followed, then there will be constant conflict and problems that will never be solved.

Since human beings have the ability to co-exist with each other, then it is already a success if they live in a peaceful world. This is why it is essential that we as individuals should contribute to the maintenance of peace all over the world. As long as conflicts are avoided, the number of deaths will also decrease because there will be less killer activities going on.

To answer the last question first; peace is neither a subjective state nor a collection of abstract values. Peace is neither a feeling or an emotion. Instead, peace exists when people belonging to different ethnic groups, religions, nationalities, cultures, and social grouping commit to respect, obey, and follow the legal agreements agreed upon in their own society irrespective of other states' policies or practices pertaining to the aforementioned.

How we can Endorse Peace?

Now, if we were to say that peace could only exist between aristocrats and monarchists, then it would follow that those who have been privileged to lead a wealthy life do not truly deserve the privileges and advantages of a free and fair election.

These are obviously absurd notions. There can be no doubt that humans are inherently violent, but as the mass media tends to promote images of a highly-violent world, many people have the mistaken impression that it is normal.

How do you Measure the Peace?

What is peace then, and how do we measure and define it? The most accurate way to define peace is an interdependent, ever-changing interaction of humans based on respect, honor, trust, and common interest. It is the ability of a group to coexist and remain united despite different political and social influences. Nations sometimes fail to live up to this ideal and so human conflicts often develop.

The best definition of peace is shared responsibility, because it takes into consideration not just one's own actions but the actions of all other human beings in any given circumstance.

Peace is possible when a group of people come together with a common interest in avoiding or minimizing harm from another group or individual. When a group decides to unite irrespective of race, religion, culture, or gender and to interact as part of a team, it is in its best interest to maintain peace. Humans are social animals, and the need for love, trust, respect, and understanding are universal.

What is peace? It is not something that exists independent of human action. Peace is not something you achieve by being perfect, being religious, being nice, or being selfish. Humans are imperfect and to expect us to behave perfectly or to love our enemies without harming ourselves or others would be un-just.

What is peace, instead, is the capacity to act from a place of honor and integrity even when those actions may be unpopular or even unbecoming of those we claim to love. It is the ability to be honest and objective, to be the glue that keeps a community together no matter how diverse the population or group may be.

Buddha Quotes in Hindi at thewitfire