Why I Joined The National Network of Abortion Funds

by Dane BH 2 months ago in activism
Report Story

What We Do Now 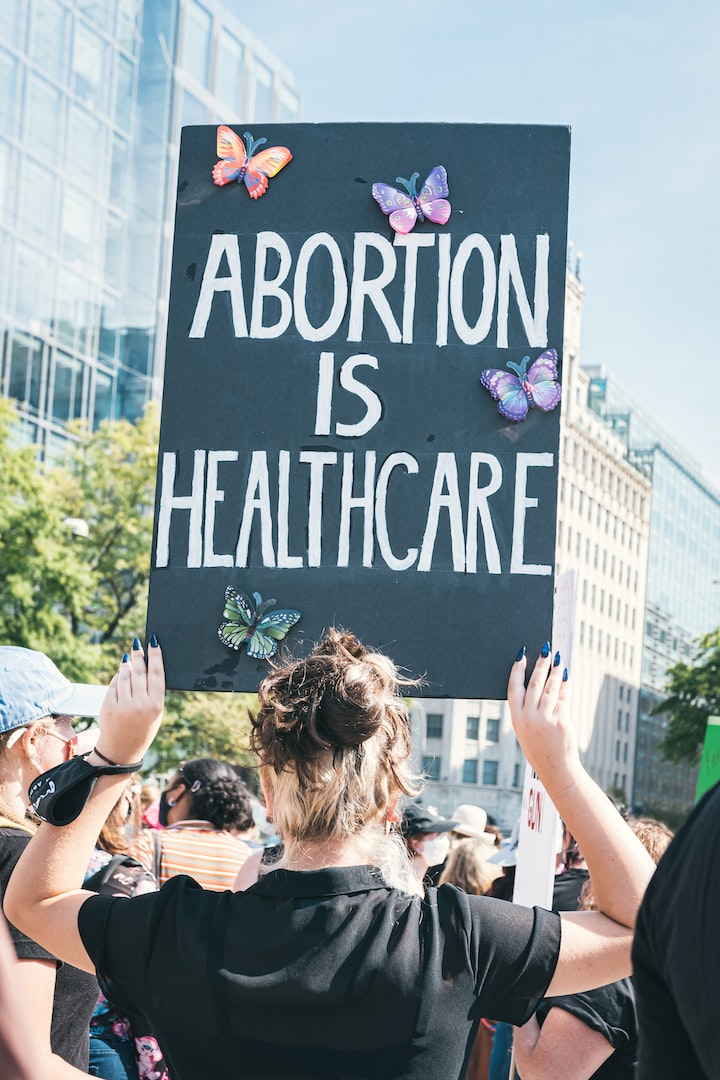 Okay, y'all. The United States Supreme Court just declared that no one has a right to an abortion anymore. For those outside the US, that means some people will not be able to end a pregnancy because their state has outlawed it. Many people still will.

This is a very big setback, and there are some things we need to do. Here's my list.

Give money and raise money for abortion funds.

Without them, people die.

You want to save lives and be a hero? Look up your nearest abortion fund and give them money. The funds themselves are good at sharing, so don’t try to find the most underfunded one out there, or think you need to send money out of state. The abortion funds have been working together for decades. They’ve got this. Trust them, and give them your money.

Blue state legislators need to MAKE SURE abortion is available in your state, and PROTECT DOCTORS AND CLINICS from what’s coming.

Texas, Mississippi, Alabama, etc. are in a race to determine who will be the first to legalize the prosecution of a Massachusetts doctor who performs an abortion on a Texas resident. BEAT THEM.

DO NOT ENACT TYRANNY ON YOURSELVES.

What does that mean?

WE ARE NOT in the Middle Ages. We are not even in 1972. We have resources, options, networks and other things that were not available in pre-Roe times.

Am I full of rage and grief? Of course. And one of the things I WILL NOT PERMIT myself to do is to forget HOW MUCH WE HAVE BUILT AND PREPARED for this. How we did not want this, but we are not powerless, and we will NOT go back willingly.

We will look at this for what it is, and not make it bigger and more powerful.

It is a huge setback.

It is not a time machine.

We still live here, and now, in the culture we have built with the resources we have mustered.

But that doesn’t mean acting like it’s already here. Talk to the young people in your lives about long-acting birth control like IUDs, EVEN IF THEY DON’T NEED IT RIGHT NOW.

Live like you’re entitled to control your body and what happens to it.

Yesterday, I signed up to be a member of the National Network of Abortion Funds.

That put my name on a list. I paused as I was signing up and asked myself: is it safe to have my name on that list? Do I want that?

History is rife with stories about the dangers of having your name on certain lists. About what happens when those lists get into dangerous hands. About how those lists can be used against people.

And then we’ve got the urgent “Delete your period apps!” message going around, because we know that personal data can be used against us.

What’s the difference between having my name on the National Network of Abortion Funds member list, and sending my personal menstrual cycle data to a company I don’t trust?

The answer is: they’re both risky. But one puts me in a group of PEOPLE WITH A SPECIFIC MISSION. The bigger that group is, the more powerful it is, and the less likely we are to get messed with. It’s a lot harder to arrest a million people than a thousand people.

Period tracking apps aren’t a movement. The only way that data can be used is against me. Period tracker app users are not a political movement, or a group that can be mobilized to take action and make change. They are no threat to anyone but themselves.

Am I making sense here?

Keeping myself out of the National Network of Abortion Funds is enacting tyranny on myself.

It is NOT illegal to fund abortions. It is NOT legal to use those lists to arrest people. Acting as if those things are givens, acting like we are already under fascist law, is ENACTING TYRANNY ON OURSELVES.

Deleting your period app is a measure of PERSONAL SAFETY with no loss to a greater movement. Doing so is MANAGING YOUR RISK, not enacting tyranny on yourself.

More stories from Dane BH and writers in The Swamp and other communities.