Why does America hate women?

by A.A.C. 2 months ago in controversies
Report Story

We are the majority, yet treated like the minority 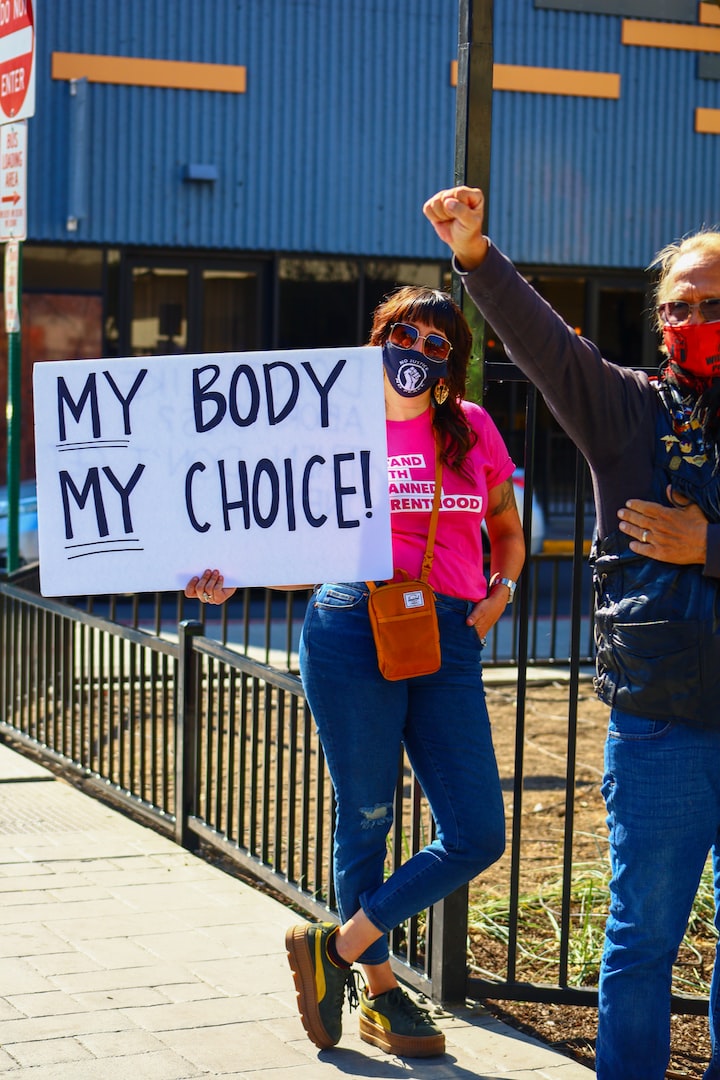 Photo by Manny Becerra on Unsplash

I am just going to say this: Society hates women. Is this a fact? No. Am I being dramatic? No. Let me tell you that literally from birth to death, women are expected to be a certain way and behave a certain way. How many times have you ever heard anyone feel “disappointed” that they are having a boy? In some cultures, women who give birth to girls are either punished or have gone to great lengths to “get rid of girls”. As for women in America, we are faced with a dire and disturbing road as we look at everything happening for the last couple of years.

A law that makes abortion legal all over the country basically. However, the once “settled law” that conservatives said “would not be overturned”, is heading down that disturbing road which means consequences and dangerous paths that women will take to no longer face pregnancy. Banning Roe v Wade is not going to stop abortions; it is just going to stop SAFE abortions. I do not think the people who are pro-life understand something: you can ban things all you want, but people are still going to find alternative ways to get what they want and continue doing it. Cocaine is illegal but people are still going to find ways to get cocaine. People under the age of 21 cannot drink but they are going to find ways to get alcohol. All banning Roe v Wade is going to do is have abortions in more secretive, dangerous and even deadly ways.

There are reasons, health reasons even for why people want abortions. Right-wing people feel it is to “kill babies”. No, there are women who are getting abortions because it can cause damage to the mother, even kill the mother. The baby could have health issues that could hurt them. It is not to say that there must be just health reasons for abortions. Women have personal reasons for wanting abortions such as rape or incest. It would be understandable to not want a reminder that the child you gave birth to was conceived via rape, incest or both. Mentally, it can be damaging to deal with this. I applaud the women who can make the decision to keep their child/children who were conceived in such ways, but I also feel empathy and understand if women do not want to keep the child. Yet something that disturbs me in the argument of Roe V Wade: why are the men not the ones getting the consequences?

Note: I am not bashing men! However, with red-leaning states making anti-abortion laws, I have yet to hear anything that persecutes the men who conceived these children via rape/incest. In fact, there are some states that allow the father or his family to sue. (For link: https://www.businessinsider.com/anti-abortion-laws-give-rapists-more-rights-than-pregnant-women-2022-5 ). This sets a disturbing tone that the family does not care about the wrong their loved one did; they are looking for control and do not care about the emotional distress of the victim. This law basically says “Oh this family is so distraught from you getting rid of your pregnancy that was conceived through rape/incest that we are suing for emotional distress”. Never mind the victim(s). Be complicit towards the suspect. That is the message that some in this country are pushing.

Another thing that needs to be talked about is even if a woman does go through with the pregnancy, the ridicule she faces: If she gives up the baby, she is a “bad mother”. If she gives the baby to family and wants nothing to do with the child, she is heartless. If she keeps the pregnancy but cannot afford to take care of the baby, she is irresponsible and the same people who are “pro-life” attack her and forget about the “life” they so wanted to protect. Yet, if we focused on the father in the same situations above, he would not be ridiculed the same way. It is not to say men do not face ridicule, but not as much as women. If women are ordering contraceptives, they are more likely to face ostracization than men who order contraceptives.

Finally, I want to talk about the audacity that some men have about reproductive issues and the “my body, my choice” ordeal. Recently, I had got into a debate between someone I literally never met on social media about the issue of abortion. Our conversation literally had nothing to do with abortion but he brought it up. I told him my body was none of his business. What was disturbing was when this “married man” said “my body was his business”. I was speechless. I never met this man, but he felt that what I do with my body was his business. I went further on this topic and asked “what if his daughter had a child through incest?”. You know what his answer was: he couldn’t answer. He was dodging the question. That scenario let me know so much about men like him: they want to control our bodies and when it hits close to home, they cannot answer.

All in all, with everything happening with Roe v Wade lets many around our country and the world think that the “land of the free” where “all men are created equal” is a lie. As women we cannot go back. As women, we should always break the glass ceiling, but while we are at it, lets break the barriers.

A.A.C. is not accepting comments at the moment

More stories from A.A.C. and writers in The Swamp and other communities.