Where Do We Go From Here?

by cd ybarra 3 months ago in controversies

There is only one way and that is up! 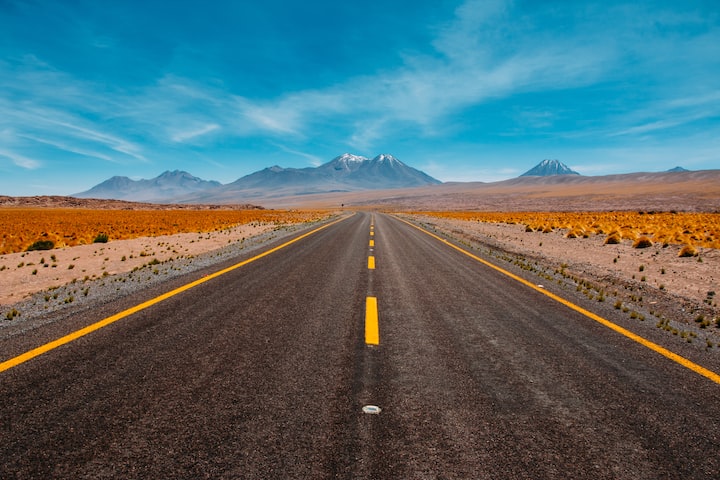 The last four years have been one hell of a ride. We have all watched, some of us in disbelief, as the President continuously lied until the lies became truth. But he didn’t do it alone. As George Orwell famously said, “A people that elect corrupt politicians, imposters, thieves and traitors are not victims, but accomplices”.

Trump ushered the phrase, "fake news," into the mainstream. Throughout his presidency, this was his rallying cry. It bonded his supporters and gave them something to hate. Whenever journalists asked hard questions or focused on factual evidence, all Mr. Trump had to do, to cast doubt upon it, was to state it was fake news. His once favorite television channel, Fox News, repeated this mantra, and it became a weapon against journalists who covered Trump rallies. This set a dangerous precedent for journalists, not only in the United States but around the world.

The 1776 Presidential Commission set out to distort the truth about this country by pushing a so-called "patriotic" educational agenda, which actually revises American history to position oppression in a better light. You can read the document here.

Executive Order 13950, “Combatting Race and Sex Stereotyping” barred Federal employees and contractors from conducting diversity training based on the twisted belief that such training promotes division and scapegoating. This was essentially a gag order preventing Federal employees from discussing the existence of racism and white privilege. There are many more examples of these turns on the truth. But here we are.

January 20, 2021, saw the inauguration of the 46th President of the United States, Joe Biden. Life almost seems normal again. No one is talking about "alternative facts,” or “stolen elections” or telling us the Coronavirus will "just disappear one day". It is amazing to have grownups, who think more about their country than themselves, in the White House.

Trump fed the lie machine time after time, so where do we go from here? There is only one way to go and that is up. We literally hit rock bottom by the end of Trump’s four-year term. Biden is already creating a legacy that will last longer than the hate and division sown by the policies and rhetoric of the Trump administration.

On his first day in office, Biden signed 17 Executive Orders, protecting the environment, addressing the pandemic, creating space for LGBTQ folks and people of color. Through these actions, he is showing that his administration wants to attempt to right the wrongs of the past.

This is not going to be an easy task. This is not just about slavery or Jim Crow laws. This runs deep, it is institutionalized and systemic. It goes back to the very foundation of the American system and the belief in manifest destiny.

Manifest Destiny inculcated the belief that Americans and their Institutions were divinely ordained and entitled to expansionism. And who can argue against God? Manifest Destiny validated land grabs and the forced relocation and murder of Indigenous populations. Approximately 100,000 Indigenous people were forced from their lands during 1830-1847, known as the "removal" period and many were killed.

The phrase "Manifest Destiny" isn't used today, but the belief system behind it still exists. The insurrection on January 6th was an assertion of entitlement. "This is our house", they chanted, over and over again. This is just one small example of entitlement.

We have a reckoning to do in this country. We have a responsibility to look closely at the fabric of America and to change it. No, we can't change the past, but we need to acknowledge it. We can and should acknowledge that trauma follows people, generationally, and what people of color and Indigenous folks have experienced and continue to experience is traumatic.

While we have made reparation attempts, albeit paltry, to Native American populations and Japanese Americans, we have never had a serious discussion about reparation to Black Americans and the suffering they have endured and continue to endure under state-sanctioned racism.

I don’t know how far the Biden administration is willing to go but this needs to be part of the discussion about healing our country. Today Biden has signed an “Executive Order on Advancing Racial Equality and Support for Underserved Communities through the Federal Government”. This is a comprehensive document that is certainly a step in the right direction, but it isn’t enough. To move up and forward we have to lay bare our history, own it, and reconcile with it. Anything less is simply doing what we have always done and that, frankly, hasn’t gotten us very far.