What your parents did not know about climate change.

by Kevin Fantinatti 7 months ago in humanity
Report Story

A letter from a kid that lives inside a young activist. 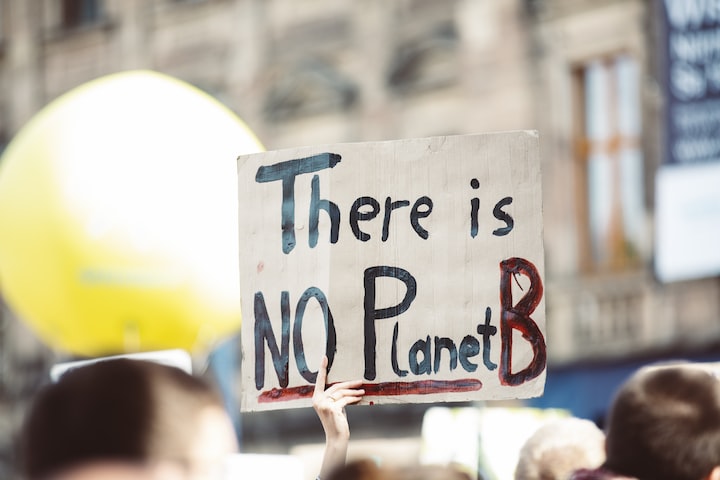 But, I want to talk to all the kids that they have been born from the 90s on.

We grew up in a world of disruption. But we did not know that.

As a kid learning about nature at that time, all the discussions were about the Ozone layers.

That was the big concern around the politicians and the climate.

We thought that was the only problem that we were battling to save the world for one moment.

We grew up being taught by teachers who didn't understand the direction the world was going in.

A generation of young people grew up listening that we needed to make a difference to change the world.

They, the adults, our parents, and all old generations deposited in our hands a destroyed world and...

Tell us to save the world.

When we were kids, we imagined that our parents always knew everything. However, is it not them that teach us what is wrong and right?

But, they teach us badly.

They forgot to tell us that they did not have any idea what humankind had made with the Earth.

Right now, we have in our hands a world in conflict. Be the origin of this conflict racial, religious and environmental... We are supposed to save this world.

The last centuries generations lived building their empires over the natural resources, racism and still, today perpetuating a fantastic disorder society. Where who is descendent from their fortunes have a possibility to live in a dream, enjoying all the benefits that the capitalist system can provide.

While, the vast majority of people, who did not come from these affluent families, suffer to survive in that world. People who really battle day after day to find their place in that unequal world.

The system, the structure in which the society was built, created a world much more complex than our parents could imagine. But now, we are not able to fix that alone.

That was a battle that young people could not play alone.

Yeah, little kid... That is not a beautiful world, with amazing animals living in the jungle which we were used to seeing on the television.

Lions walking through the African savanna, Zebras running freely around amazing Gnus groups and seeing the fantastic histories about the Elephants memory.

This World that we learn to love is becoming over.

The adults need to know that we love this world. We learned how to love it, and we always will stay alert to protect him from the "bad guys".

But, we, kids, we have grown... and now, we are these adults. But, that little kid continues to worry about saving the world.

While we realized that our parents didn't know what was really happing with the Earth, now we know who needs to change to protect that incredible nature that provides all her resources to us live in her ground.

They, the grown men, which have the significant capital, who are owners of transnational companies. Who can impact the production chain and control the natural resources but just use them for their own profit.

Yeah, and because of that, the young people are soo noisy.

Because they were promised to us a world that they have been destroying.

We will not let them destroy the Earth.

This new generation will not allow that they continue deforesting and creating even more social-environmental impact without any punishment. And that was what they were afraid of.

They are afraid that they will not be allowed to live in a world where they can't make their own rules without any reaction from the population.

So, we are here to protect this world against these marvelous guys who have power, but just use it to your own benefit.

This year, is a year that we need to change the way we project the future if we want to age on a healthy and beautiful planet.

Of course, each person needs to select their own battles because we cannot face all these problems around our society. But we can start the change by choosing better our politicians. Be attentive to which companies contribute or not to reduce carbon emissions.

Our generation does not have a chance. We needed to change our lifestyle. But, we need to show the old generations why and how they need to accept these changes.

We are at a crucial moment to turn around the table and maintain this planet the better place to live. But...

We need to act now.

Biologist, concerned about climate change, trying to create a better world to live in.