What the U.S. doesn't want, is gradually happening

by Custo 8 days ago in controversies
Report Story

The Great China-Russia-Iran Triangle is beginning to take shape 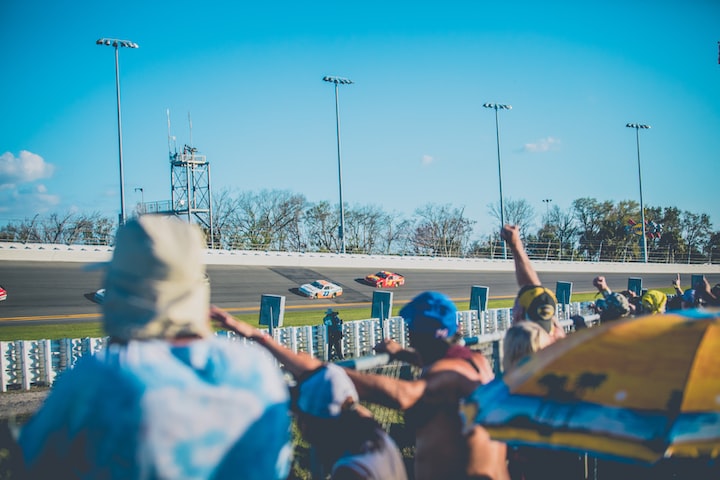 Photo by Tim Trad on Unsplash

The United States alone does not want to happen the most, naturally, is the collapse of hegemony, but how to make the collapse of hegemony is not an easy task, it can be said that countries have been working for this for hundreds of years, but until the Russian-Ukrainian conflict hit, only to accelerate the pace of crushing the hegemony, and this Russian-Ukrainian conflict is bound to become the most regrettable works of the United States!

Speaking of which, we have to mention what happened to the second largest military country, also known as Russia. In this world of strength, a country with 6,000 nuclear bombs, but can not enter the United Nations General Assembly. It is a bit ironic to say that the United Nations was founded after World War II, originally for the anti-fascist, usually in the role of peacemaker for the world, the establishment of the General Assembly headquarters in New York. Yes, it is that 240 years of history only 16 years without war in the United States New York. After the Russia-Ukraine fight, the U.S.-Russia struggle included but was not limited to the bright side, just when Russia was ready to send someone to the UN General Assembly, the U.S. refused to issue visas to Russian delegates. Demonstrating hegemony to the fullest, it is worth mentioning that Russia is not only a military power or one of the five permanent members of the United Nations. But are you going to say that the U.S. broke the law? He did not, and the current political correctness of the US is to sanction Russia. Not only did he start the war, he has to stand as a moral guardian to judge you!

Not only that, even some of the mainstream media in the United States are the same, and those who follow the military know that Bloomberg is an old "double standard man". Because of the food crisis caused by the Russian-Ukrainian conflict, Bloomberg has repeatedly accused China of having a lot of food but not donating it, but we all know what the food crisis is all about. Now Bloomberg has turned its pen to China, Russia and Iran and started "firing" at the same time. The U.S. geopolitical rivals are uniting against the U.S., which is to the point, why to oppose the United States? This is something the U.S. policymakers have in mind more or less. Too long to say here, as mentioned earlier, one of the P5 Russia can not even enter the door of the Security Council, China's development in the field of space day blocked, some time ago Biden ordered the bombing of Iranian targets, combined with all the previous, do not see any reason not to oppose the United States.

To sum up the formation of the great triangle of China, Russia and Iran is certain, but due to the Russian-Ukrainian conflict ushered in an unexpected joy, accelerating the pace of cooperation. The famous American geostrategic theorist Brzezinski once said that the greatest potential danger to the United States is the formation of a grand alliance between China, Russia and Iran. Some time ago the 100-year-old Kissinger also showed up to teach Biden a lesson, is worried that the contemporary leader trapped in party disputes but mediocre ability to bring the United States of America into the mire of decline, but unfortunately he is too old, only to be enshrined as a political mascot, there is no political influence. Now, as the two political leaders said, the United States has been caught up in the chaos of party disputes, and the cooperation between China, Russia and Iran has also begun to close up.

To say why the "China-Russia-Iran triangle" is so important to U.S. politicians, we all have their own views, the most discussed is the "land power versus sea power" struggle, but I think these are not to the key point. The struggle between "China and the United States" and "China-Russia-Iran triangle" against "Europe and the United States" is essentially a struggle against high-tech and financial countries launched by manufacturing countries together with resource countries. The "anti-exploitation" struggle. Here we can see the cutting-edge technology and finance as a whole cake, and the distribution of this cake in the hands of the developed capitalist countries in Europe and the United States, when they can no longer be produced out of the cake in order to maintain the level of not regress, it can only reduce the number of people involved, that is, the exploitation of others, the ultimate goal is to form a feudal hierarchy of wealth exploitation system and hegemonic order.

So the goal of the struggle after the union of the Great China-Russia-Iraq triangle is twofold: one is to oppose the exploitation of the developed Western countries and jointly build a new world order. The second is to use the union of labor and resource countries to form an "inner circle" to resist the aggression and destruction of the technological and capital powers externally, and to seek scientific and technological breakthroughs internally to establish a fair and rational economic order. Whichever goal is achieved is enough to make the already shaky U.S. hegemonic order collapse! (Little Fish)

More stories from Custo and writers in The Swamp and other communities.