What is White Saviourism?

by Rebecca Clark 12 months ago in activism 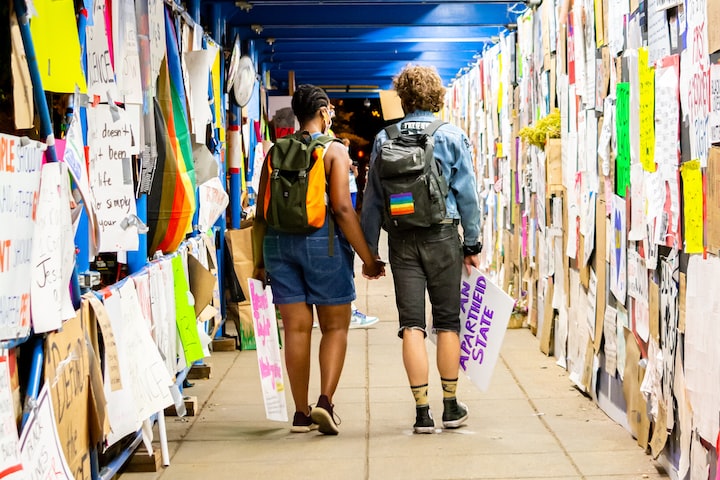 Black Lives Matter is not a meme

However, some people have used the movement as clickbait. They may use photo opportunities to make it seem like they are getting involved but they are not actually doing anything to make a difference. They are posting about the Black Lives Matter Movement without considering what it really means and actively making a change. They just want attention, to feel good and to seem “woke”.

“Not all white people, just the vast majority who refuse to accept the legitimacy of structural racism and its symptoms. I can no longer engage with the gulf of an emotional disconnect that white people display when a person of colour articulates our experiences.”

Read her full blog post on white people and racism.

As white people, we need to be careful about how we respond to the recent outcry against racism and police brutality. We shouldn’t ignore it but we shouldn’t enact white saviourism either. White saviourism is a term used to describe white people who act like they are helping black people for selfish reasons. They want to look good, gain rewards and receive praise. They don’t actually care about equality. They feel a “white burden” to help the black people who are less fortunate than them.

It is a colonial viewpoint

Acts of white saviourism can be seen as far back as the start of British colonisation. British people believed it was their "duty" to “civilise” “brutal” communities. In fact, the British were being the brutal ones as they savagely invaded other lands that they felt they had a right to. It can be seen in one of the first English books ever published, ‘Robinson Crusoe’ by Daniel Defoe. The shipwrecked white man instantly creates a master-slave relationship with a black man who escapes cannibals. The white man feels like he has saved the black man because he hasn’t eaten him.

White people should not support the Black Lives Matter Movement because we’re white people so black people need us to succeed. Or because we want to look good. We should support fighting to end racism because it is wrong. We are people supporting people because it is the right thing to do. Black Lives Matter is not an internet trend or meme. It's not a fashion accessory that will make you look cool. Racism is the difference between being shot dead and walking free.

Ending racism means to stop race discrimination and allow people of all races to be equal. Ending racism does not mean white people helping black people out because they need it. This movement has the opportunity to go far. Don’t take it to white saviourism.

See all posts by Rebecca Clark →