by Logan Willis 3 months ago in legislation
Report Story 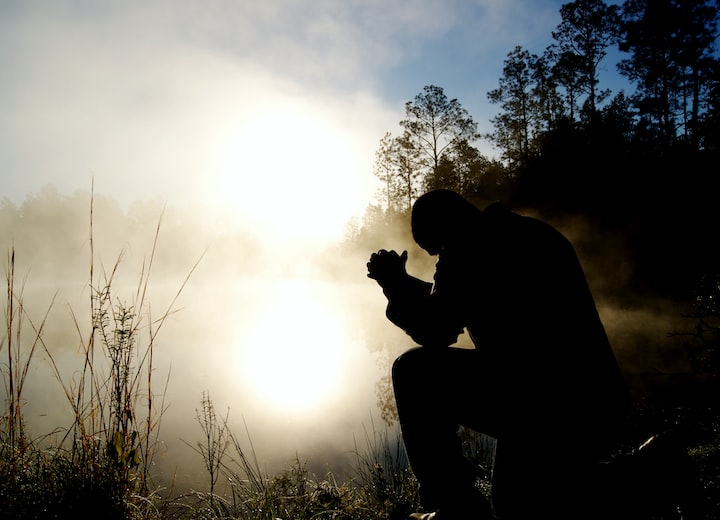 These individuals had their very existence reduced to that of something “sub-human”. Much like garbage, these people were callously disposed of. These 37 victims were not the only ones to die staring into the barrel of a gun, as over 40,000 die from gun violence annually, however, these victims were the most expediently available casualties from the most recent mass shootings (Highland Park, Buffalo, and Uvalde, respectively).

The simple fact of the matter is that America, on the whole, is numb to the epidemic that is gun violence. These atrocities perpetrated against innocent individuals should shake this country to its core. And yes, maybe it does jar the collective senses for a couple hours, or even days. It is quite jarring to read about 19 children being slaughtered in a classroom like soldiers on a battlefield, or watch a live stream of innocent African American shoppers being gunned down with military grade assault weapons, or watch the sheer panic of hundreds of parade goers as they come to the realization that they have to run for their lives against the torrent of gunfire from above. Yes, those scenarios are quite jarring. However, ultimately, for most of the country, within a couple days or weeks, those jarring thoughts subside into oblivion. That is, of course, until the next mass shooting, in which, the cycle repeats itself just as before. As the cycle further progresses, with each episode of violence, the process of “desensitization” naturally takes hold. You can fight back against that claim with all of your might, you can claim naivety, you can perceive your own “reality”, however, what you can’t do is argue against a fundamental physiological principle. The simple fact of the matter is that the more someone is exposed to a stimulus, especially graphic stimuli, the more “desensitized” an individual becomes.

A perfect illustration of this phenomenon is the national perception of school shootings. Before 1999, school shootings, like other crimes, existed. However, most received little media attention and were confined to local communities. Then Columbine happened. After Eric Harris and Dylan Klebold laid siege to their local high school, and demonstratively killed 12 classmates and one teacher, Columbine burst onto the national scene. Their killing spree collectively jarred America “awake” and unleashed an entirely fresh horror for the world to see. Furthermore, the killers’ extreme nihilism and caustic attitude towards life, and humanity in general, were of the likes America hadn’t seen before. Fast forward 23 years…….and Columbine is an historical relic that really isn’t that shocking or appalling. This can be attributed to the simple fact that, since 1999, America has witnessed school-related massacres in Red Lake, West Nickel, Virginia Tech, Northern Illinois, Oikos, Sandy Hook, UCSB, Marysville, Umpqua, Parkland, Santa Fe, Oxford, and most recently, Robb elementary. And even as the latter is more devastating and shocking than its initial predecessor (21 to 13), the collective shock of the incident is far more diluted in 2022 than it was in 1999. Just another day of news, albeit tragic news

There is one quite notable exception to the mass desensitization of America regarding gun violence. Victims. More specifically, countless families and friends, whose lives are unalterably changed when they lose loved ones unexpectedly to gun violence. You would think this is a very obvious observation, and, for the most part, it is an obvious observation. It would stand to reason that anyone who loses a family member or friend (under any circumstance) is going to experience a tumultuous period in their life. However, it shouldn’t be brushed away how unique an experience it is for someone to go through losing a cherished loved one by the means of gun violence, and especially in a mass shooting. It isn’t, of course, “unique” in the sense of occurrence, as previously mentioned gun violence is near the top of death related occurrences in the United States annually, but it is unique in the sense of “experience”. The brashness, and sheer unexpectedness, of gun violence is certainly apropos to losing someone in an accident related tragedy (car accident/etc). However, there is also an element of righteous indignation associated with victims of gun violence, and mass shootings, that cannot necessarily be replicated in other avenues of loss. Whether that being a direct form of indignation, “you callously took something precious and invaluable from me that can never be replaced”, or even an indirect conduit of righteous fury, “you not only took away my loved one, but you reshaped how I view the world around me.” Take, for instance, two year old Aiden McCarthy, a tragic victim of the Highland Park parade massacre. Aiden wasn’t a victim in the sense that he lost his life in the incident, however, in a sense, Aiden did lose his life but just doesn’t know it yet. Tragically, both of the boy’s biological parents, Irina and Kevin, were exterminated in the rampage, and Aiden was left alone to drown in a sea of chaos. Thankfully, Aiden survived the ordeal, but his life has been violently reshaped in the process. It may be years from now, but eventually, the unpleasant truth will reveal itself in Aiden’s life. All the birthday parties, family vacations, and familial bonds that Aiden will never get to experience with his biological parents will just be “what ifs” and “could have beens” in an alternate reality.

Speaking of “alternate realities”, inaction on this epidemic of gun violence is not feasible. This paper is a “call to arms” of sorts, a rallying cry for those who can no longer do the crying themselves. For the thousands of victims, for the thousands of wounded friends and family, for the irreparably scarred children, for the frightened, for the weary, and ultimately, for this country.

Gun control may be a politically charged lightning rod, but it shouldn’t be. “Control” simply means to contain something. Replace “gun” with the word “self”. Self control simply means containing one’s behavior in a certain context. Furthermore, it is also associated with advancing the betterment of oneself, and working on eliminating potentially negative attributes. Self control by no means is indicative of “erasing” or “silencing” one's genuine personality, it only serves as a tool for personal improvement. Likewise, “gun control” is not some ominous black cloud looking to engulf every gun under the sun. It is a tool that can be utilized, through legislation, to the betterment of society. Simply put, it can be used to better an obvious problem in America.

The term “common sense” gun reform gets thrown around quite frequently, but in all reality, there are simple steps that can be taken that epitomize basic common sense when it comes to gun control legislation. For starters, no teenager should be able to legally obtain a firearm. It isn’t coincidental that an alarming majority of these horrific mass shootings are perpetrated by teens. Furthermore, tragedies at Uvalde, Parkland, and Buffalo, were all shootings orchestrated by teenagers who *legally* purchased weapons and loads of ammunition, while at the same time, being legally barred from drinking alcohol. These highly radicalized young people should not, under any circumstances, be allowed to wield a gun under the purview of law. Next, and more importantly, licensure is an essential addition to reform legislation. As things currently stand, it is a more invasive process to be able to legally drive a vehicle on an interstate than it is to obtain a weapon. That should not be the case. Just as one must demonstrate the cognitive, and physical capabilities, in order to independently operate a vehicle, one should most certainly have to demonstrate those same characteristics to obtain a gun. Would that generate minor inconveniences? Of course, however, the process is obviously sound for something as important as gun ownership. Finally, and most importantly, the emphasis on background checks needs to be comprehensively extensive and thorough. Those with a criminal record, psychological afflictions, domestic violence incidents, and other “red flags” should not be eligible to obtain a weapon. Almost without fail, perpetrators of mass shootings fit into at least one of the above categories. Whether it means having a history of schizophrenia, expressing “homicidal thoughts” on the internet, or having a known proclivity to violence, these killers have repeatedly slipped through the cracks when obtaining guns. Enough is enough. It is imperative that as a collective society, we crackdown on the ability of the susceptible to purchase their conduit for violence.

No plan is foolproof, those were only a couple of aspects of what I would consider “common sense” gun reform. Of course, these ideas have their loopholes and limitations. All ideas have shortcomings. I just encourage the collective spirit of this country, and most importantly, the elected officials in this country, to at least pretend to have some courage in the face of this epidemic. To at least lobby for change. To at least put aside political dogma in the name of the common good. To at least have some decency.

Or don’t. We will still have your valued “thoughts and prayers”.

More stories from Logan Willis and writers in The Swamp and other communities.