The Struggle of Aboriginal Women In Australia

by Noor 8 months ago in humanity

The Cycle of Persecution Continues Until Now. 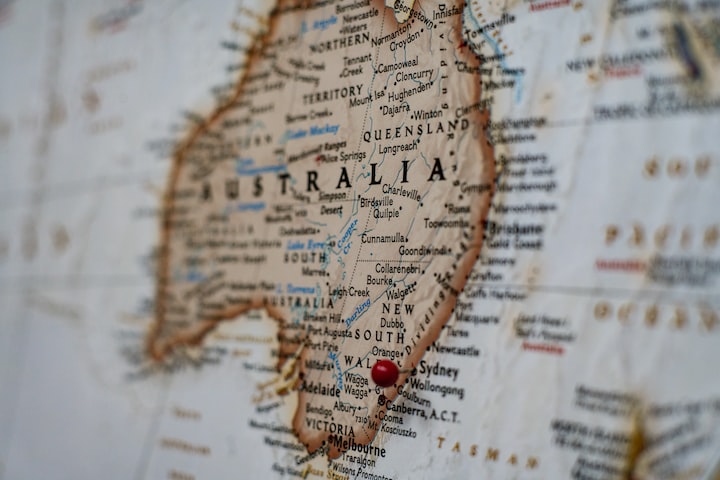 Photo by Joey Csunyo on Unsplash

Aboriginal women have faced tremendous difficulties since the British occupation of Australia in 1778.

After this occupation, their relationship among themselves and with indigenous men changed significantly. They lost their independence, status, and value within the community. Their psychological state suffered dramatically due to their rights taken away.

Aboriginal women at this time also lost their artistic practices, which was a deeply religious and spiritual practice. Their artwork symbolized their culture, their lives and told of Dreamtime stories that were passed onto their children. They lost a big part of themselves, as they cherish and celebrate their culture and traditions through their creativity and artistic talents.

Art was a form of worship, central to their beliefs, and this too was stripped from them. They also lost their spiritual connection with the land they adored and that provided them with everything they needed to be happy.

They had their children removed from them to be raised by white families as though they were white.

Generation after generation, these women continue to struggle with their identity and their place in the Australian community.

When white settlers arrived in Australia, the British occupiers did not truly embrace the land and what it had to offer. Indigenous Australians were completely ignored by the Europeans as they claimed the land to be Terra Nullius.

Terra Nullius is a term that refers to unoccupied and considered to be a ‘no man’s land’.

Accepting the land to be vacant enabled the Europeans to use their laws and culture to become the norm for the country. They completely ignored the values, beliefs, and laws of the indigenous culture.

Instead of embracing the indigenous people and their culture, white settlement made the decision to ignore it all, as if it never existed.

With a true colonial spirit, the British came to Australia to spread their vision of a civilized society, as they had in other parts of the world.

Aboriginal people were forced to assimilate and their customs and beliefs, which were handed down through generations, were destroyed in order to subjugate the indigenous population.

Many years later, after the destruction of the Indigenous lifestyle, families, and communities, the anthropologists decided to investigate the aboriginal way of life.

Yet they only investigated the male side and they ignored the rich history of aboriginal women.

The Status Of Aboriginal Women Before Colonisation

Aboriginal women had a significant role before the colonization of Australia as all indigenous females lived their daily lives independent from men.

They were economically independent and had status and value within the community.

For example, they produced 80% of the diet and played a key role in the socialization and education of the children.

They passed on information about indigenous tribal law and vital kinship structures that influenced social behavior.

They had all that western women were deprived of in terms of freedom and equality.

Due to the colonization of their land and oppression and dispossession by the Australian society, the relationship between Aboriginal women and men was affected.

The kinship structures were shattered while spiritual connection to the land was lost. In turn, this had a devastating effect on the indigenous community.

It is, therefore, extremely hard for indigenous women to regain their lost status after the colonizers destroyed the ruling system of the Aboriginal people.

Today, Aboriginal women do not have the same status and autonomy as they did before white colonization.

How To Rectify This

The harm has been done, unfortunately. However it doesn’t mean we cannot fix it.

The first step to rectifying the harm done to the Aboriginal community is to understand as a community that we are all responsible for the wellbeing of Aboriginal women.

The government as well as the society needs to create inclusive opportunities for Aboriginal women and allow them the chance to enter and excel in higher education studies and the workforce.

We need to allow the Aboriginal women to celebrate their achievements, ancestry and tradition through facilitating events that cherish the Aboriginal culture and art.

Noor is a first-year business student at Tredu and an owner of multiple digital businesses since 2016. She is passionate about marketing and content creation. She runs a holistic wellness blog and recently launched her YouTube channel specializing in holistic healing.

This article has originally been published in Illumination.

Receive stories by Noor in your feed
Noor
Read next: Everybody Can't Stop Laughing at the CBN's 2 Grammatical Blunders in New Letter.