by Valerie Kittell 2 months ago in supreme court
Report Story

3 Times the Supremes Got It Wrong Before 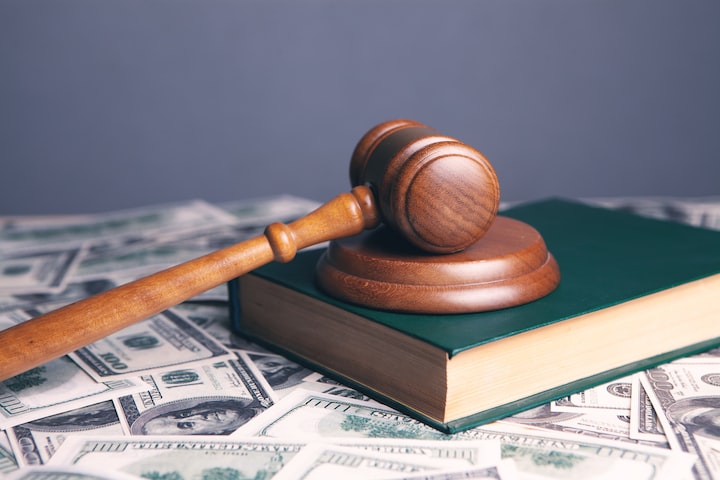 Photo by Sasun Bughdaryan on Unsplash

It’s an architectural issue. If I discovered my beautiful home rested upon rotted pilings then I would need to take some kind of immediate and drastic action to save my house. I would need to replace and restore and augment my foundation. I couldn’t simply ignore the situation and hope for the best, until the day the entire house crashes down.

Haven’t we known for a long time that trusting the Supreme Court to solve our societal issues as a nation on the basis of “Constitutionality” is fundamentally flawed? We have evolved to a certain extent; why do we continue to rely on what “Founding Fathers” who existed hundreds of years ago deem to be just resolutions to our modern issues? Why is everything filtered through the lens of men who were admittedly racists, sexist, genocidal plutocrats? Though it sounds like I’m vilifying them, I’m really not; I simply recognize that they were the product of their times. We need a better lens for justice in our own times.

I’m no legal scholar, but the Supreme Court and our system of justice has gone off the rails enough times recently for me to recognize how imperfect they are and in need of restructuring. I’ll just lay out a few examples:

This means your town could take your little house by the sea and those of your neighbors if Colossal Corp wanted to build condos there. It means Walmart (as an example) could take your sunflower farm if they needed another outbuilding. As Sandra Day O’Connor opined “Every Motel Six threatened by a Hilton” (paraphrase). In case you don’t think this is relevant or important today, please note how the entire housing stock of the nation is being gobbled up by corporations, investors, REITs, large landlords and short-term rental schemes. At some point, their beady eyes will turn to your condo building or your neighborhood and decide that more dollars could be extracted for corporate profit and that they, not you, are the better owners of that housing stock.

Despite removing 4th Amendment federal protections against the misuse and abuse of Eminent Domain, Court apologists were quick to note that the States were always free to craft their own state legislative solutions and restrictions. Note: This is always the fallback cure/excuse when the Court has made an execrable decision.

If even a few decades ago, someone had written a story based on the premise that the Supreme Court would decide that dollars=speech and that campaign donations from corporations and other associations could not be restricted or regulated, I think most people would have guffawed, since any simpleton can foresee that this is the legalization of political bribery on an unimaginable scale and would result in the wholesale purchase of both legislators and legislation. Well, we would have been wrong, wouldn’t we?

Honestly, any court that gets something so basic to the fundamental functioning of government so wrong, deserves no respect from anyone.

I can’t cite a specific case here, wish I could, I only know that apparently courts have upheld the seizing and disposing of assets, dollars, cash, properties, vehicles, etc. before any charges are brought or proved. This power has been used abusively and to empower and fund defacto police states and is often deployed against the poor and powerless. There is also IMO often an element of racism involved in its use. The smokescreen used to justify this practice usually involves accusations of drug running, money laundering, pornography, or the like. I don’t have an issue with the seizure of assets where the authorities have built a case and brought it, but I do object to them taking and keeping or converting assets to their own benefit without ever proving their legal right to them. I can see them freezing assets in order to prevent their disappearance before a case is heard, but that’s it.

Once again, we are told that the use/abuse of civil forfeitures can be remedied at the state level and by the policies and practices of local and state authorities, but this is yet another instance of federal oversight and protections becoming non-existent.

Anyone starting to see a recurrent theme emerging here? And now:

I won’t address the particulars, except to note that the default to the states to craft their own guidelines is not surprisingly the “solution” for those who disagree with the Court’s decision. I am going to quote myself in a paragraph that was in a response I made about this topic on another platform, because I find I can’t say it better or more concisely:

The common thread for the Supreme Court as they repeal rights and protections , is that the states can always make their own, higher standards. Essentially, they are recreating a Confederacy with highly variant and unequal laws co-existing in the same nation. The greatest flaw with this argument is that states are, if anything, more susceptible to big fish in smaller ponds getting the legislation that they desire and pay for — that’s why we have Federal protections in the first place !

Somehow, some way Citizens United must be thrown out and overturned. We cannot continue as the country of three classes: those doing the buying, those who are bought and those who suffer the consequences without any true representation.

The Supreme Court as currently structured simply does not work. Throw out life-time appointments RIGHT NOW. Personally, I would suggest no more than 15 years. Have a mandatory retirement age. Increase the number of judges to something large enough to create mobile coalitions greater than liberal vs conservative and the two-party schism. Enforce ethics and disclosure requirements and impeach those who do not comply.

I’ll just end in saying that Abraham Lincoln’s famous statement that “a house divided will not stand” is actually based on architecture as well. Time to build a new house to shelter us all.

I live in a seaside New England village and am trying to become the writer I always wanted to be. I focus on writing short stories and personal essays and I hope you enjoy my efforts. Likes and tips are very encouraging.

More stories from Valerie Kittell and writers in The Swamp and other communities.