The *Real* Meaning Behind Taking the Knee

by Rebecca Clark about a year ago in controversies

How much longer can political ignorance continue? 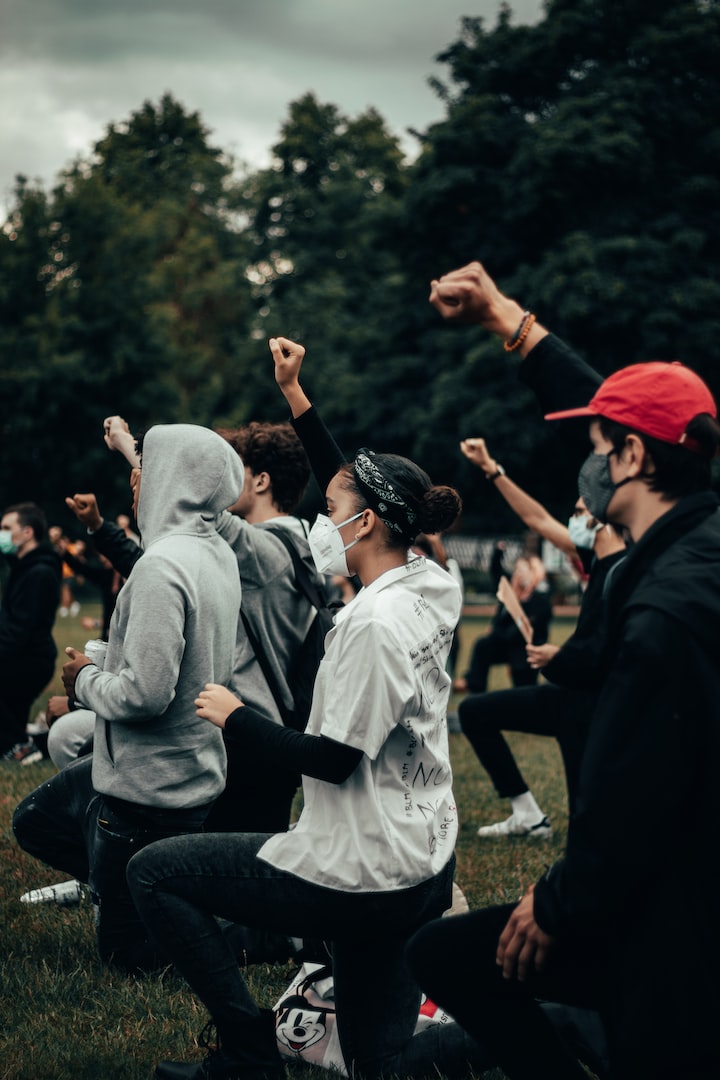 In the UK we have once again been let down by our politicians. Politicians are in a position of power. They have the power to make changes in society. Somehow many don't seem to understand what changes need to be made.

Symbols such as taking the knee have the potential to make a huge impact and that cannot be dismissed by anyone, never mind a politician. Colin Kaepernick basically lost his career when he started the symbol's modern movement in 2016. He didn't want to stand up for a country that doesn't stand up for him, and can you blame him? Seemingly small acts of defiance against racist structures in society build up to bigger movements that will get the attention of those who can make changes in society.

Colin Kaepernick: "I am not going to stand up to show pride in a flag for a country that oppresses black people and people of colour."

The commentary on the mistakes politicians have made will move on. The images of protesters taking the knee during Black Lives Matter marches will no longer be shown on mainstream platforms. The statistics showing oppression will be left unsaid. But the meaning, and the reason for, taking the knee remains. All the actions and words have to amount something. That something being political and societal change.

The way institutions and people treat the black, Asian and minority ethnic (BAME) communities has to improve. In 2020 we know what we are doing is wrong. There are no excuses. At this point, ignorance is a choice. We all need to make the choice to educate ourselves every day on the struggles of those oppressed in society. It can't wait. We can't wait for someone else to do it instead.

Yes, it is easier for someone else to deal with discrimination. But not everyone can walk away from it so easily. Someone people have to deal with discrimination throughout the day and even when they sleep (as seen in the murder of Breonna Taylor). If we leave discrimination to be dealt with by someone else, we leave it to be dealt with by those who are most hurt by it. By those who are exhausted after trying to make people listen and trying to make people change.

We can’t dismiss it with the fact that it’s 2020 so of course things will be changing. For 20 years we have been saying “How can this be happening in the 21st century?” It cannot continue for another 20 years. We will lose too many people. Yes it is the 21st century. No this kind of thing shouldn’t be happening. So we have to do something. There is an activist inside you and knows what’s happening is wrong and wants to do something about it. It only has to be a small thing. Signing petitions, any amount of donations, supporting BAME creators and businesses. Doing something is enough. Doing nothing is not an option.

Even Martin Luther King Jr has been photographed taking the knee in prayer during a protest. It is another part of black history - modern and past - that is being erased by white politicians. Actions speak louder than words. I know the action of taking the knee in defiance of the racist structures throughout society, in the UK, in the USA and across the world, will speak louder than the dismissive comments of another white straight cis-gendered politician.

Receive stories by Rebecca Clark in your feed
Rebecca Clark
Read next: Things Trump Gets Wrong About Antifa