by A. 12 months ago in activism 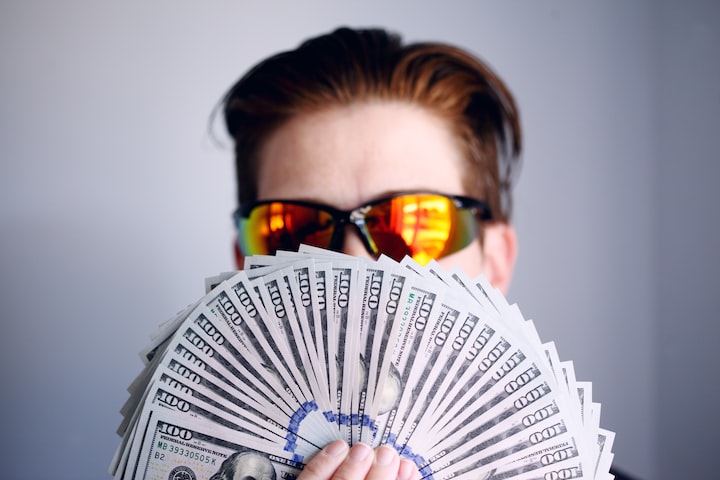 Photo by Shane on Unsplash

Donald Trump loves loan sharks. This should come as no surprise. After all, this is the same guy who couldn't make money in the casino business and saw his Atlantic City Taj Mahal fail. What's worse, contractors and union workers in that deal were left with no money after Trump refused to pay the bill.

Now, Trump's version of the Consumer Financial Protection Bureau (CFPB) is issuing rules that make it clear that the President LOVES payday predators.

"Today’s rule takes us back to the time 20 years ago, when payday lenders were evading state interest rate caps merely by putting a bank’s name on the paperwork. The OCC’s rule protects predatory online lenders that are charging 160% or more in violation of state interest law, and eviscerates power that states have had since the time of the American Revolution to protect people from predatory lending,” said Lauren Saunders, associate director of the National Consumer Law Center. “The OCC’s rule would prohibit courts from looking behind the fine print to the truth about which party is running the loan program and is the “true lender.”

It's been clear for some time now that the Trump Team wants to enslave borrowers to the whims of payday predators.

“Across the Deep South, payday and car title lenders drain more than $1.6 billion a year in fees on loans carrying 300% APR or more. Daily, we see the devastation caused by these predatory lenders in our communities and on the lives of our most vulnerable residents who are elderly and low-income. It is incredibly disappointing that the agency charged with the mission of protecting consumers has chosen to favor high cost lenders over the people harmed most by their practices. To ensure people are not exploited by these practices, states and Congress should move to lower the cost of these loans to 36% APR or less, and states with strong laws already in place, such as Arkansas, must preserve these critical protections.”

It's time to stand up to Trump and his payday predator pals!

This election gives us that chance. Not only is Trump on the ballot, his enablers in the Senate are, too. Mitch McConnell. Lindsay Graham. Susan Collins. All participate in the Trump charade.

“Yet under the proposal, a payday lender or other nonbank lender could ignore state interest rate limits as long as either a bank ‘[i]s named as the lender in the loan agreement,’ or the bank ‘[f]unds the loan’ — that is, the payday lender launders the loan through the bank. This proposal would allow payday lenders to resume the rent-a-bank schemes that were shut down by bank regulators in the mid-2000s, and would embolden today’s high-cost predatory rent-a-bank lending by online installment lenders.

“The proposed rule would purport to overturn the ‘true lender’ doctrine, which allows courts to prevent evasions of usury laws by looking beyond the technical form or fine print of a loan transaction to examine which party has the predominant economic interest in the loan. The true lender doctrine has long been used to prevent payday lenders and other high-cost lenders from laundering their loans through banks, which are not subject to state interest rate caps.”

Receive stories by A. in your feed
A.
Read next: 5 Pandemic Changes we ought to keep (and 3 that need to end immediately)