The One Thing I Love The Most About Kamala Harris 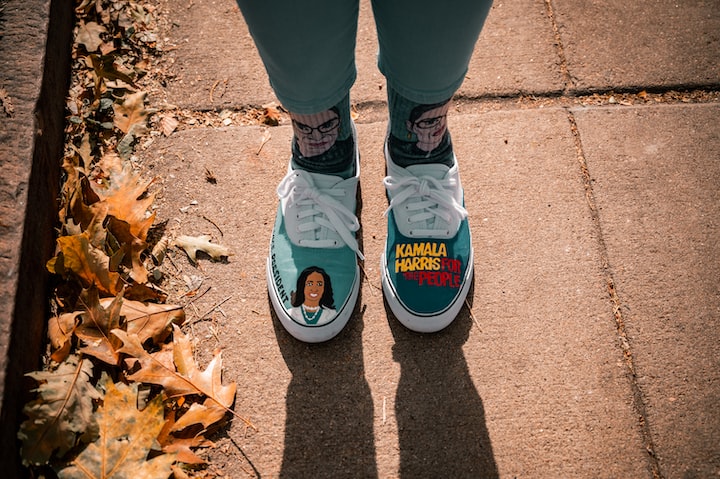 She is not only beautiful, inspirational, accomplished, bold and strong, she is also a mover and shaker in her fields of endeavour. Women and little girls from all over the world are in awe and are looking up to her.

As the current vice president of the United States, she is the highest-ranking female ever in US history. In the event that president Joe Biden would be incapable of executing his duties, Vice President Kamala Harris is constitutionally mandated to take over. That’s how powerful she is!

Her achievements as California’s Attorney General and as US Junior Senator speak for themselves. She pushed for reforms and asked tough questions fiercely demanding straight answers fearlessly.

There are many reasons to love and be inspired by Kamala Harris.

Her multi-ethnic background makes her relatable. The fact that she is American, Asian, Jamaican — and has African roots by extension makes millions see a part of themselves in her. Her personal experiences as a multi-ethnic person who has roots in various places all over the world may help her in her broad perspective about the issues these different people face. By extension, it could also help her in creating solutions for them through her government.

In her personal life, she is super passionate about cooking and is a wonderful chef who has been seen making sumptuous meals and sharing recipes.

She also teaches us a thing or two about dating where before going on a blind date with her current husband Doug Emhoff, she googled him. You better be prepared because information is power she teaches us! Her marriage to Doug Emhoff also made her stepmother to his two grown-up children. They have shared that they have a wonderful blended family which is a good example for all the families in the world that are in these types of relationships.

Her chill personality and her dress down fashion is something to live for. I love her Converse shoes. I might even get some for myself in the future having been inspired by her wearing them.

This is great to hear, as I am a great Jackson 5 and Jacksons fan. We could probably sing along together to some of their favourite 60s hits such as I’ll Be There, ABC and The Love You Save. Also, as the great dancer she is, she probably can bust a few of those cute old school, old fashioned Jackson 5 dance moves. It would be great to watch!

Kamala Harris is also an avid reader. Some of her favourite books include Native Son by Richard Wright, The Kite Runner by Khaled Hosseini, The Joy Luck Club by Amy Tan, Song of Solomon by Toni Morrison, and The Lion, the Witch and the Wardrobe by C.S. Lewis according to politico.com.

She has also authored two books. A memoir, "The Truths We Hold An American Journey," and a children’s book, "Superheroes Are Everywhere." She also credits her late mother, Shyamala Gopalan Harris, for having empowered her to look for solutions with her personal motto “You may be the first, but make sure you’re not the last.” Coming from her.

All these things help make Kamala Harris the person that we love so much.

But the thing that draws me most to her, is her infections laughter!

“We did Joe. We did it Joe.” She told him over the phone then proceeded to laugh.

She is such a happy person!

Watching Kamala Harris leaves me feeling happy. She is such a bubble of positive energy. After watching a video of her, I am always left with a huge smile on my face. I have even been finding myself going on YouTube on the regular, to find videos of her just so that I could watch her and feel happier. I hope a wonderful YouTuber does us the service of creating a video compilation of all her laughs to provide us with an accessible dose of daily happiness courtesy of Vice President Kamala Harris.

If she is such a warm and bubbly personality in public, how happy is she then in her private life? I even secretly wonder. The people around her must bathe in her glorious happiness. They must feel more fulfilled and rejuvenated just by being around her. Her work environment must also be pleasant and fulfilling. She must be the kind of boss or colleague everyone would want to have in their lives.

I wonder how she would describe her wonderful ability to laugh so easily and heartily. I also wonder about the good stories she can tell about her laughter that she could have gathered over the years. They must be the most infectious ones. Stories that you would want to keep sharing.

America and the world by extension are lucky and honoured to have her at our service.

As America’s Vice President, Kamala Harris will add to her already extensive and rich impact on the world. I am pretty sure that she will also leave us feeling happier.

More stories from Gal Mux and writers in The Swamp and other communities.