by cd ybarra about a year ago in controversies
Report Story

The Truth about Tar Oil 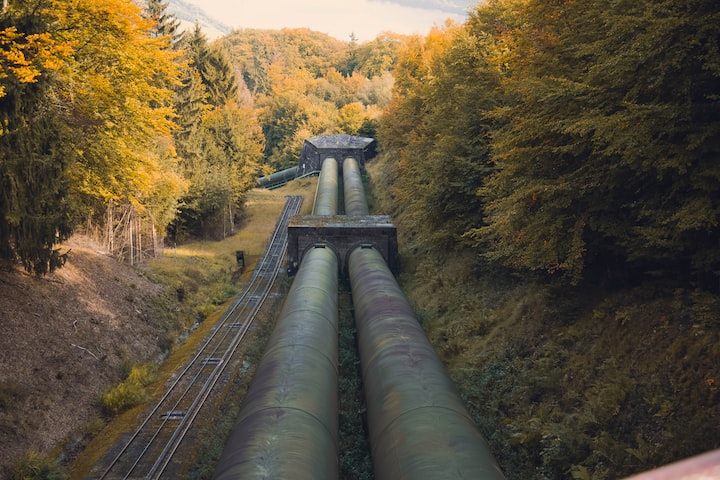 On January 20th, President Biden signed an executive order on "protecting public health and the environment and restoring science to tackle the climate crisis." This executive order essentially halted the construction of the Keystone XL Pipeline which would have run from Canada to Nebraska. You can read the executive order here.

Almost immediately there were false posts on social media regarding the number of jobs lost and money wasted. The truth is that the 875-mile pipeline is a hazard to one of the largest and most used aquifers in this country. An oil spill in this aquifer would essentially mean an end to the water supply in the region. The same region that puts that big fat steak on your plate. The same region where corn, ethanol, soybean, sorghum, and pork are derived.

The Ogallala Aquifer underlies 8 different states, from Nebraska to Texas, and is responsible for 30% of all irrigation in the United States. It also provides water for residents and industry in the High Plains.

Tar Sands, also known as Bismuth, is a mixture of clay, sand, Bitumen, and water. Bitumen, a viscous, black substance, is used to pave roads and to produce petroleum products, such as gasoline.

Deriving Petroleum from Bitumen puts the climate at risk. According to the NRDC, The EPA and the U.S. State Department "...tar sands greenhouse gas emissions are 81 percent greater than those of conventional oil". the production and removal of tar sands also lead to climate change because of the destruction of Boreal forest, a fact rarely taken into consideration when discussing climate change.

The fact is that the Keystone Pipeline could not deliver what it promised. Even the 11,000 jobs and billions of dollars lost are distortions of the facts. There are actually 1000 people who lost their jobs, according to TC Energy Corp., the company that owns the Keystone. Nobody is going to belie the missing 1000 jobs, but these were also seasonal construction work lasting from 4 to 8 months.

Let's talk about eminent domain and the Keystone. In 2019, TC Energy filed over 90 lawsuits to start the process of taking land away from people who may have been there for generations. The Nebraska Supreme Court, (shame on them), approved a route for the Keystone that included the appropriation of land for a "fair market value". This is tantamount to stealing, in my opinion. If owners don't want to sell their land they are subject to having it removed under eminent domain laws.

Where was the Right Wing when it came to land owner's rights and the construction of the Keystone? It is amazing to me that they would defend someone like Bundy (2014), who illegally grazed his cattle on Federal Lands and then turn their backs on Nebraska Ranchers who disagreed with the construction of the pipeline. Trump was the biggest promoter of eminent domain abuse (see his work in Scotland).

This bad idea, to shunt heavily corrosive oil from Canada to Nebraska, has been laid to rest. At least for now. A Montana congressional delegation is calling for its revival through a reversal of Biden's Executive Order. Now there is a push to allow the pipeline to be built without a permit. Remember the name Senator Steven Daines who is co-sponsoring a bill that would do just that.

The Montana Electric Cooperatives’ Association and the Southeastern Montana Development Corporation were among those listed as stakeholders. Daines and his cohort forgot to mention the Indigenous Tribes who oppose the pipeline due to its construction being near drinking water and sacred sites. (Assiniboine and Sioux of Fort Peck Reservation and the Assiniboine and Gros Ventre of Fort Belknap reservation).

Who would really benefit from the Keystone? The corrosive nature of the crude oil poses too many threats to great swaths of land from Canada to Nebraska. It has already leaked more than a dozen times. Two incidents spilled over approximately 390,000 gallons of oil. These are the billion-dollar clean-ups we don't hear about. Tar Sands Oil Drilling has blighted the Boreal in Canada, will lead to greater greenhouse gas emissions, does not create job sustainability, and would likely be exported to other countries instead of used right here in the U.S.

JP Morgan Chase, Bank of Montreal, and 18 other banks and insurers would have been the big winners because loans generate interest. Alberta promised a loan to TC Energy to the tune of a 4.2 billion dollar loan guarantee. That means if TC failed to pay, the Alberta government would be on the hook to pay the loan.

The bottom line is that environmental impact needs to be put in front of the almighty dollar. The risks to our land outweigh the benefits. Biden did the right thing by revoking the Keystone Permit and hopefully, the strategies to resurrect this bad idea will die a forever death.

More stories from cd ybarra and writers in The Swamp and other communities.