The Deadly Power of Words

by cd ybarra about a year ago in activism
Report Story

Hate Speech and the Continuum of Violence 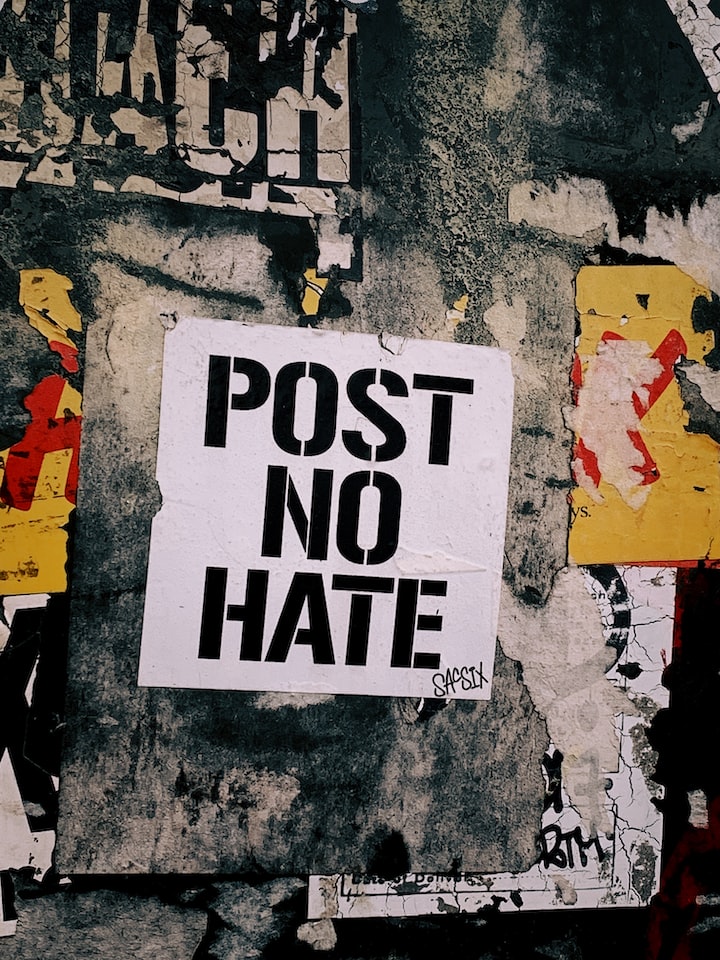 Words have incredible power, especially when they are repeated and digested as truth. No, you can't shoot or stab someone with words, but they are tools on the continuum of violence.

Professor Liz Kelly coined the term, in 1988, and used it to explain the various forms of male violence against women, from outright brutality to subtle forms of control over women's bodies and sexuality. We can also use this idea to explain and understand how the power of words leads to hate and violence against groups of people who are often disenfranchised in our society.

The idea of the continuum is to recognize that words can be used to dehumanize the "other" to make it easier to carry out violence against them. Let's take Trump's incessant use of "Kung Flu", "Wuhan Virus" or "China Virus". This continuous over-emphasis of blaming a particular culture comes through very strongly and without ambiguity. They, Asians, are the enemy.

This rhetoric, unfortunately, took root and did not die with Trump's departure from the White House. The words and the violence continue.

Stop AAPI Hate reported that 126 hate incidents targeting Asian Americans carried out against those over the age of 60. One of those attacks was against a 91- year old Asian man in China Town. The attack was caught on camera and the perpetrator was arrested. He had also randomly attacked two other Asian Americans in Chinatown on the same day. Pak Ho, a 75-year-old man, living in Oakland, was killed during an attack. These attacks are brutal, random, and targeted.

The Asian Pacific Planning and Policy Council (A3PCON), Chinese for Affirmative Action (CAA), and the Asian American Studies Department of San Francisco State University started Stop AAPI Hate, last year, to address the rising acts of hatred toward Asians and Asian Pacific Islanders. You can find out more about this organization at this link:https://stopaapihate.org/about/

Yesterday we experienced another round of gun violence in America. This time a 21-year-old white man, purposely entered three Asian Massage Parlors and murdered eight people, six of whom were identified as Asian American Women.

I refuse to name the white man who murdered these people. It is no surprise that you can find a plethora of information about him on the Web, but information about his victims is difficult to find. I am going to tell you about those he murdered or injured, at least those whose names have been released.

Those killed at Young's Asian Massage have been identified as Delaina Ashley Yaun, 33, of Acworth; Paul Andre Michels, 54, of Atlanta; Xiaojie Tan, 49, of Kennesaw; and Daoyou Feng, 44. Elcias R. Hernandez-Ortiz was injured and is reported as still being in critical condition. Four of the eight killed were ethnic Koreans.

Delaina Yaun was a first-time customer at Young's Asian Massage. She was an employee at a local Waffle House and a wife and mother. She is survived by her husband, 13-year-old son, and an 8-month-old daughter. Her husband survived the attack by locking himself in a room when the gunshots rang out.

Xiao Tan owned Young's spa and was a Certified Massage Therapist and owned at least one other spa in the Atlanta area.

Daoyou Feng was a massage therapist at the spa and there is very little information about her at this time.

Paul Andres Michaels was a local business owner and veteran. He had been married to his wife for over two decades.

Elcias R. Hernandez-Ortiz was shot in the parking lot of the strip mall and is expected to survive. He has a loving wife and family.

The aftermath of this massacre is incredibly disturbing. The perpetrator gunned down eight innocent people, mostly Asian women, but was basically, handled with kid gloves by the police. No injuries, no knee on the neck, no "I Can't Breathe". We know if his skin tone would have been any darker, the police would have likely killed him.

This is what Captain Jay Baker stated regarding this perpetrator, "He apparently has an issue, what he considers a sex addiction, and sees these locations as a temptation for him that he wanted to eliminate." Clearly misogynistic and racist thoughts lead to this action.

Baker also sympathized with this murderer when, without a blink of an eye, he stated, “He was pretty much fed up and kind of at the end of his rope. Yesterday was a really bad day for him and this is what he did.” This statement still makes my head spin.

His statements come as no surprise as you get to know him a little better through his personal Facebook page. Jay Baker, Cherokee County Sheriff, purportedly had posted this. Shirts blaming CHY-NA for the Coronavirus.

Words lead to violence. Words are on one end of the continuum of violence that dehumanizes and stereotypes people to the point where physical violence occurs without a second thought.

Make no mistake, this perpetrator targeted Asian-American women. The police are not confirming this and even the perpetrator denies it, but it is clear to Asian Americans and it certainly should be clear to those on the outside looking in.

As Helen Kim Ho, founder of Asian Americans Advancing Justice in Atlanta, so eloquently stated in The Washington Post, “We’re not really Americans, we’re perpetually foreigners, and that idea plays out with women as being oversexualized. All of that had to have played out in this man’s own mind. In addition to the unspoken notion that Asian people are easy targets.”

Words can be weapons sharp and curved against the

Mouth, working their way out syllable and vowel

Grating noise on the chalkboard

The alphabet does not match the action

A standard set of letters in dissonance

They can injure, wound, damage, and tarnish

Outward energy to lift and champion

Sung across the body, lips against flesh

An economy of language

Words hold power and meaning, can transform or

Purpose, significant silence between each audible

The vibration connects to cochlea, sends soundwave to

Brain and body to be sorted automatically

No need to strain to overhear, the message is

Words can hurt, words can heal

More stories from cd ybarra and writers in The Swamp and other communities.