If the children are not protected, how can the President of the USA be labeled "Leader of the Free World?" 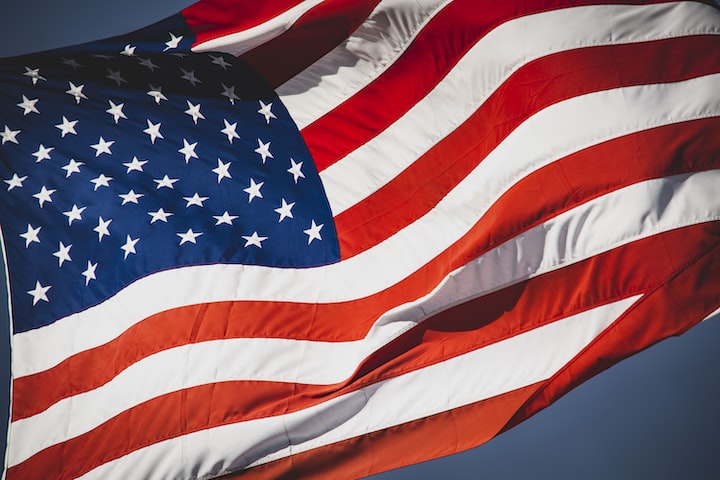 It all started when I was around 10 years old and learned the term "children's rights" for the first time. This lesson in primary school would lead me to write my first poem entitled Listen Up. The intention of the poem was to call out adults who think that for some reason children are undeserving of being heard.

Then I grew up to be an adult and utilized every single opportunity along the way to dive deeper into the often heartbreaking world of children's rights. Within that discipline there are often many stories of abuse, violence, or harm towards children which led to many tears on my part but also the development of a significantly thicker skin. At a certain point, it became clear to me that if I were to continue on this path I would have no choice but to "toughen up" because of the often cruel and heartbreaking reality of the field.

Fast-forward to 2011 when I was completing a Master's in Human Rights at The UCL School of Public Policy. For my dissertation, I decided to focus on my passion for children's rights. This resulted in the creation of an interdisciplinary theory promoting the protection and empowerment of children worldwide. I named the theory The Child-Centric Framework and one decade later I still promote it to this day. Nothing about the theory is outdated, in fact, in many ways it is increasingly more relevant with each passing day.

You see, often children's rights are placed as secondary to the rights of adults. An adult is defined legally as anyone of the age of 18 or older and a child is defined as anyone under that benchmark. From a legal perspective, your entire existence shifts on the day of your 18th birthday. Prior to that day, you are still considered a "kid" in the eyes of the law, however, after that day you are now legally responsible for your own decisions.

There is an international legal document pertaining to the rights of children worldwide called The Convention on the Rights of the Child. The CRC is a treaty that has been signed and ratified almost near unanimously globally, meaning that children's rights are protected almost universally irrespective of jurisdiction. Whether or not these protections translate into the true reality of the situation is another story, however the convention is a very necessary starting point. Without signature or ratification, a given nation's jurisdiction becomes void of protections and thereby dangerous for the children who inhabit that territory.

As it stands, almost the entire world has signed and ratified the convention. A signature is not enough to fully realize children's rights within a given country, but ratification is necessary. Without ratification, a government and its employees are not held accountable for the enforcement of a treaty and they are not considered duty bearers of the convention as well. In the case of the CRC, there is one country in the entire world who has not yet ratified the Convention and that nation is the one and the only United States of America.

It is said, that the US has not yet ratified the Convention on the Rights of the Child because of possible concerns for US sovereignty and the concern of infringement on "family life." As a children's rights theorist and activist, I cannot think of a greater infringement on "family life" than not having your children be protected legally by the system. The entire world has agreed to be bound by the terms of the Convention except for the one country who claims to be a beacon for freedom worldwide.

How can a country represent liberty when its most vulnerable population is neither protected nor empowered? How can a nation use the rhetoric of human rights, when its youngest human beings do not enjoy the same rights as all children worldwide. The United States is not an exception to any rule, especially not when it comes to the protection of children. America's desire to be a global hegemon has overruled its duty to its citizens under the age of 18. In signing the CRC but not ratifying it, the US remains the only country not party to the convention thereby treating the document as simply a symbolic gesture when it is in actuality meant to be an implemented practice on the ground.

As a result of not being party to the Convention on the Rights of the Child, the USA is no where near effective when it comes to children's rights. You need only learn of the story of Gabriel Fernandez in order to understand the scope of the problem. Gabriel was tortured, beaten and murdered by his mother and her boyfriend but, perhaps the scariest part of the entire story is not what happened to Gabriel at home, it is how he was failed by the system. Child services were aware of the abuse taking place at Gabriel's home and time and time again did nothing to help. They understood the potential risks, including loss of life, and decided that they would not act in the best interests of the child.

If the CRC had been ratified prior to Gabriel's death, his brutal murder could have been prevented. Ratification means that government employees such as social workers or police officers are held accountable as they are considered duty bearers as well. With less accountability comes less incentive to act, and as such, children's lives are being lost and traumatized in the process. In my entire career researching children's rights, Gabriel Fernandez's story is perhaps the most haunting. Gabriel's story is available in a documentary called The Trials of Gabriel Fernandez on Netflix.

When I was creating The Child-Centric Framework at grad school, I was shocked to learn that the United States was one of the only countries not to have ratified the convention. However, one decade later, I am appalled that the US stands to be the only country who has not yet ratified to this day. This heartbreak launched me into action.

While partaking in an online HardvardX course on Child Protection I was reminded of this uncommonly known fact that the US is the only country not yet to have ratified the CRC. In response to this, I recently created a petition calling on President Joe Biden to finally ratify the Convention on the Rights of the Child. I wanted to create a petition for months, however, I waited until Joe Biden was sworn into the presidency as I believed that there was zero chance of his predecessor making this international commitment to children. However, I have hope that President Joe Biden and Vice President Kamala Harris may do the right thing by their youngest citizens as they often preach the notions of human and children's rights alike.

If this uncommonly known fact affects you just as much as it affects me and you want to take action, please sign and share the petition! People power does work and can bring forth real change! There is no reason why the United States should not be party to the Convention on the Rights of Child in 2021. President Joe Biden is now "Leader of the Free World", however, if he wants for that title to embody its meaning beyond hypocrisy, a good place to start is with the children within his own jurisdiction. The USA cannot in good conscience preach and stand for human rights without reducing it to mere rhetoric without ratifying the CRC.

On behalf of all American children, there is no time like the present for change.

More stories from Arielle London and writers in The Swamp and other communities.