THANK YOU FOR YOUR SERVICE

by Angelique Pesce 10 months ago in humanity 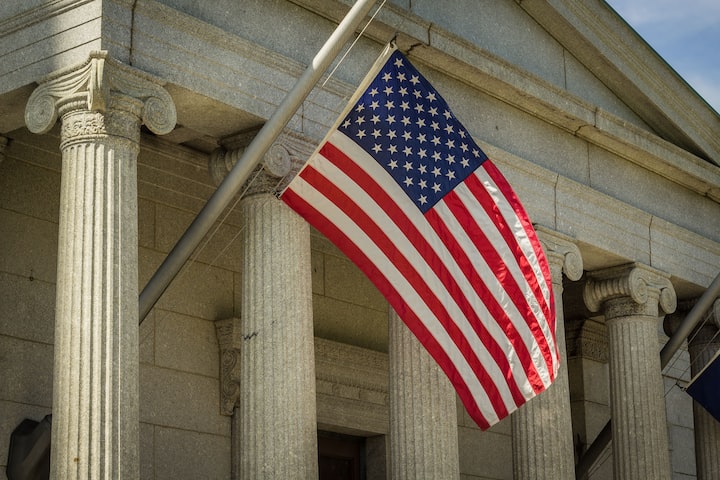 THANK YOU FOR YOUR SERVICE

The year is 2020. The place New York City, Wall Street District where the economy is made, bought and sold.

The Stock Market’s employees clutter the city streets that narrow to an arrowhead down in Battery Park.

Lady Liberty can be seen standing on the shining East River facing Brooklyn. Waves caused by the yellow taxi checkered Ferry Boats crest around her feet.

Bowling Green’s subway station has a chorus line of commuters entering and exiting its underground.

The city that never sleeps is awakened this morning by the August Sun’s Summer heat. It’ll be only seven months till COVID-19 hits the streets and shuts this city down.

Up the hill the financial district’s Bronze Bull boasts on Broadway, next to it stands a homeless man named Ant. With only one leg, Ant’s unfilled pant is pinned back to his darier with a giant diapering pin. A black baseball cap covers his long gray hair and beard. Ant is very old.

A walking crutch under his right arm, a coffee can in his left hand is held out for dollar bills, and a little black book sits in his shirt's chest pocket over his heart, which thumps to the city's beat that is ready to make money.

Ant can almost hear the bell ring on the floor of the stock exchange as it opens steps away. He grins.

A Clank! Then a Crinkle. Two deposits have just been made into his coffee can.

The first payer is an unknown businessman.

The second payer, a young woman he calls “Doc” wearing nothing but green hospital scrubs, braided hair neatly wound into a bun, rushes past him saying “Good morning Ant! Thank you for your Service.” Ant is an ex-veteran.

Doc steps off the curb to hail a taxi cab for work.

Ant shakes his can, coins clank inside, “Thanks Doc!” he responds.

A taxi pulls up and Doc disappears into it as it heads west towards the Hudson River to Riverside Medical Center where she works. Ant sees her go everyday.

He takes a break from standing and sits in a wheelchair he has stationed next to the Bronze Bull. Placing the can by his foot he takes a pencil from behind his left ear under his cap and pulls out his little black book from his chest pocket.

Now open the black book has dollar amounts written in it. Ant jots something down on the page, closes the book, tucks the pencil into his cap and returns the book to it’s pocket.

He turns to view the new rush of commuters passing by who see the sign taped to Ant’s coffee can, made from the paper in his little black book, that reads:

Veteran of WWII and Homeless.

Thank you for your donation.

Clink! Clank. Clink! Crinkle. Crinkle. Clank! Deposits are made into the can. Ant grins. “Thank you,” he responds to the donors.

The commuters in the Battery Park all know him. The investors, brokers, series 7 hopefuls. They all pass him everyday tossing him their nickels and dimes. The Doc always in scrubs gives him a whole dollar bill. Crinkle! With a “Thank you for your service!” She makes him feel good.

The first time she donated to him she stopped before she hailed her taxi and looked him straight in the eyes and said “This one’s for you and thank you for your service.”

During WWII Ant served in the United States Air Force and flew planes out of Pearl Harbor. He had flown planes since he was 15 years old in Kansas. After the war he came to New York City single and legless from a crash landing. He got a desk job down on Wall Street at the Division of Housing and Community Renewal, he liked it although he missed flying his plane.

Some days while at work he would take out his little black book, he used it as a pilot in the Air Force. It had notes and numbers in it, coordinates, longitudes and latitudes. He would finger what was left of his leg and look at his new instrument, the computer keyboard, not a plane, he thought.

He was at this job on September 11th in 2001, inside the Beaver Street building, four blocks away from the World Trade Center when the city came under attack. He walked down 60 flights of stairs on his one leg and crutch to the street below wishing the whole way down that he knew what was happening. Once he met the street outside he saw ashes everywhere and the sky was gone. People were covered from head to toe in dust. It was like Pompeii.

Bodies lay on the ground, no sounds coming from them. This was a civilian place but now a war zone with no trained military in sight. The firemen and police everywhere responded like heroes. No one survived in the buildings.

It reminded him of WWII, the mass graves, there were so many bodies in these graves. Not everyone made it to the concentration camps. There were graves where civilians lived, off roadways between villages, in the side yards and backyards of their city homes. The kind this city has. It was not only in the camps these piles of bodies were found.

Some graves people were fully clothed of all ages, others their clothing stripped from them, then others only skulls left by the time they found them.

It was a war of terror. The enemy hidden in plain sight in uniform, uniforms giving the false impression of peace keepers, uniforms recognized by many to symbolize protection created the confusion and delay that caused so much death. People became confused, hypnotized by the authority of uniforms, who knew clothes could deceive that way? Underneath them were cannibals, animals, and their insignia of skulls advertised it.

That day he walked over the Brooklyn Bridge to get to his home, a bedroom that he rented in a single family house. He learned what had happened on the news, despite the rumors all around during his commute with other pedestrians about bombs, but there were none.

The news reported that two commercial planes had been flown into the neighboring skyscrapers by male passengers, dressed in civilian clothing. They had taken over the cockpits and killed the pilots. Wearing civilian clothes, no one could see this coming either.

He watched the news for 40 days before he turned it off and he honored the Marshall Order to remain out of the city until the clean-up was complete.

He eventually lost his job but no one could make him work in a Skyscraper after that without wings to fly him down should another attack occur in America. It was a shame but he took to the streets with his coffee can, little black book, and hoped the world could help him back after his years of service...and help him they did.

The familiar faces down on Wall Street would donate to him everyday. Doc was his favorite donor. She always gave one whole dollar.

Everyday he looked up at the skyscrapers from the Bronze Bull and wished all the city's buildings would come equipped with chain ladders, the kind he had in his airplanes as a pilot in the event he needed to climb up or down from the water or land. If he ever became Mayor he would make that happen or if he ever became rich enough he’d buy them for the city himself he thought.

Everyday he would mysteriously write down in his little black book numbers and dollar amounts.

Every night he would travel uptown to Riverdale in the Bronx where he would sleep in a Homeless Shelter at the Ethical School for Culture on a cot and eat a warm meal prepared by volunteers. He was grateful.

When Doc had time she would also drop him off socks for his remaining foot. They would have characters on them like pool sticks and eight balls, bull dogs, red white and blue stripes, hot chili peppers, or hearts. She said she wanted to honor his foot and make sure he stayed warm. She made him feel good.

After COVID hit he looked for her. Sure enough she was the only one left he saw still grabbing that taxi every morning but now donning a face mask. He would nod as Doc went to work. He saw himself in her, now it was her turn at service in the virus-attacked city.

She even brought him a mask to wear from the hospital. Made him promise to wear it everywhere he went and not take it off, which he did.

He learned face masks and food supplies sold out in the city. Toilet paper and hand sanitizer became sold on the street like gold, even homemade. People disappeared indoors. Sales on the internet rose along with the death toll like the national deficit. Death had come to this great city once again. It was a ghost town and Ant’s economy shut down.

He died shortly after COVID emptied the city streets, no one quite sure if he contracted it, if it was just time, or maybe from a broken heart. His home and its natives gone, emptied from his coffee can.

Doc got a call from a volunteer at the Ethical School for Culture who knew Ant. The volunteer told Doc that Ant had passed away and bequeathed to her a little black book from his military days. The volunteer learned Doc’s name was Grace.

In the little black book was a list of numbers and calculations of the dollars given to him everyday by Doc and his investment of them into NASDAQ Stocks, Blue Chip Holdings, and even Bitcoin over the years. The exponential tree growth that these Exchanges were built on could grow that dollar a day and grow it did! It grew eventually to $20,000.00 by the time he passed away. It was all he had saved in 20 years. Not a whole lot but enough to say “thank you” to Doc for being his favorite donor.

In his will it read:

All the donations you gave me I invested. I lived on the rest but your donations I would put into an account that would grow. I understood it would not be enough to live on but I knew it would be enough to say “thank you,” a “give back”...plus interest. Buy a chain ladder maybe Doc or socks. See, with you your words were donation enough and your compassion priceless. Thank you for your service too. I am proud of you, my favorite First Responder.”

DEDICATION: TO ALL OUR FIRST RESPONDERS THANK YOU FOR YOUR SERVICE TODAY AND ALWAYS.

Author,Lover,Scientist,Political Commentator,Humanist. Working on Art and Law is my life. Whether producing a doc, designing a pair of jeans, writing books, sailing at sea, singing out loud, knowing my audience...all of it makes me happy.