and we should all be horrified. 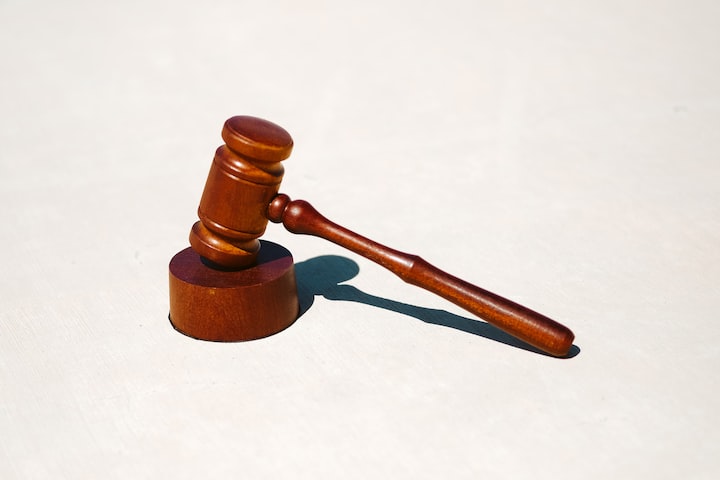 Whatever you may think of the result of the trial this murder trial of Kyle Rittenhouse highlights a pandemic of prosecutorial misconduct. This is not just a problem for white teenage males but also minorities. Largely, this overreach of power held by prosecutors has gone unpunished. One thing we are all supposed to be guaranteed is a fair trial, but prosecutors continuously push boundaries.

It's partly our own fault

When tragic and shocking deaths happen the mobs want justice. We get whipped up into a frenzy to make someone pay for the deaths. We, the public, often rush to judgment and cannot see past our own political bias and just look at the facts.

We get out on the street, protest, and sometimes riots result. Some of the less balanced among us make threats if the verdict doesn't go our way. Essentially, the mob attempts to hold the justice system hostage. It may not be an organized plan to do so but it's an overt threat to local businesses and law enforcement that things will burn.

This low lying threat puts pressure on the justice system to get a conviction, to make someone pay. Well, prosecutors are lawyers. They revel in the intellectual combat of a trial. They get a rush putting away their target. This can be seen by watching the post-trial press conference with the prosecutors, you'd think it was Tom Brady winning another Super Bowl.

Our unchecked thirst for justice feeds perfectly into the predatory prosecutor's hand. They are the captain of the team with a mob of followers cheering them on. So what if we have to overlook evidence or push boundaries of the legal system if we give the crowd what they want?

The media feeds it as well

The media has a habit of feeding into mob justice. As an example, CNN, MSNBC continually pounded home that Kyle Rittenhouse is a white supremacist with almost no actual proof of it. They continually refer to Joseph Rosenbaum as some sort of innocent victim when the fact is he's a convicted child molester who died with gun powder burns on his hands from trying to forcefully take Rittenhouse's rifle. The other two victims of the shooting were made out to be heroes as if they're trying to stop an active shooter. The facts of the case are that when they attacked him he was attempting to walk to a police barricade down the road to turn himself in. Had they not been the aggressors and let him turn himself in, one more person would be alive and the other wouldn't have been shot.

The media ran this line of thinking, rinse & repeat, the whole trial that Rittenhouse just showed up and started shooting people like a school shooter. The facts don't support that. But it makes for a good story and gets their mob of fans stirred up, now doesn't it?

Binger also submitted a video of different quality from the one he had to the defense. He claims it was an accident, but considering how many times in the trial he attempted to run around the barriers set but the judge, I find it suspect at the least.

Another thing to consider is that if this was 10 years ago, this case never goes to court. The justice system is designed to allow the benefit of the doubt in a self-defense case and it must be proven beyond a reasonable doubt that it was self defense. Part of the reason Binger pushed bounderies and tried to assault Rittenhouse's right to remain silent is that he knew he had no case under the law.

This leads back to the point that political pressure and mob justice threats influenced the prosecutor's tactics. He knew the mob approved of his "by any means" tactics to convict Rittenhouse. He convinced himself he was the champion of the mob. If he wasn't biased and just looked that facts before him he wouldn't have even brought charges in the first place.

This isn't the first time

In the trial of Darnell Haynes, prosecutors told witnesses to lie on the stand. There is the Mike Neflong case where in the Duke Lacrosse case where he ended up being disbarred for his tactics in falsely prosecuting the young men.

Another famous case is of Brendan Dassey, the nephew of Steven Avery, both of whom were featured on the Netflix documentary "Making a Murderer". Brendan was a 16 year old boy with a low IQ and very impressionable. Watching the detectives invovled interview Brendan you can see them suggest to him to confess and fed him information on how the murder was comitted. They promised him the only way they could help him is if he told the truth, which they did then coerce him into confessing. Brendan was so unaware of what they were doing to him that he thought he was going back to school after the interview. He will spend his life in prison.

It's no longer "Innocent until proven guilty"

With the way, media covers cases, social media bans and shadow bans content it's getting more and more difficult for anyone to get a fair trial. If it becomes a media darling, it would seem nearly impossible to find jury members that aren't biased.

The cops have moved more and more toward being arbiters of justice on the street and less like members of our communities that ensure safety. Cops become more militant and aggessive, less mediators and impartial.

Prosecutors, instead of looking to get justice for the victims are looking for the win. The glory of the win, the attention they get, and the power they wield are becoming more important than if they justly prosecuted the person who actually committed the crime.

The Rittenhouse case was just one case among many. This is happening to people of all colors and creeds. In the United States of America, you are no longer guaranteed the basic right of a fair trial, you can only hope the evidence is so clear that the justice system can't find a way around it. This should be one topic we all agree upon.

Receive stories by Michael Crow in your feed
Michael Crow
Read next: Tour the US Capitol