by Reid Moore 2 years ago in trump

A new variation on the Kevin Bacon game called "Six Degrees of Donald Trump" is about to go viral on the Interwebs. When? Just as soon as you start playing it...

Anyone of a certain age (30-something and up) has probably played a popular parlor game called Six Degrees of Kevin Baconat least once in their lives.

For those not familiar with it, the game goes something like this:

Try to connect any movie star to Kevin Bacon in six steps or less.

Just like in golf, the lowest score wins the game, usually after at least ten rounds. But (just like golf) 18 is better, followed by a visit to the 19th Hole...

For example, let's take Frances McDormand, winner of the 2018 Oscar for Best Actress.

In that matchup, the score is two.

In fact, Kevin Bacon has been in so many movies, for so many years, it's hard to find any big name actor he can't be connected to in more than two "degrees."

Maybe that's why the game has cooled off ?

Or, it may be that only the most die-hard players had a shot at the title, since it required an almost encyclopedic knowledge of movies in general and Kevin Bacon in particular.

That's where the Internet comes in. Or, more specifically, Wikipedia.

The unofficial encyclopedia of the web lists all of Kevin Bacon's movies and connects to most of them with landing pages of their own, cast lists included.

So, it's easier to untie the knot and keep scores low just by clicking a few links.

But, a newer variation of the game uses Wikipedia in a completely different way, and this is one game in which Kevin Bacon doesn't even have to play a role.

By starting out on Wikipedia's Main Page and clicking the Random Article link on the left-hand sidebar, the game becomes even more interesting, because the goal is to connect a random topic page to a specific, pre-selected target page in six steps or less.

Recently, the variation went viral when the topic in question was, well, umm, hmm, how do I put this?

Oh, hell, it was Adolph Hitler.

Try it yourself with any destination page of your choice. It's a fascinating and educational variation and this new twist on 6DoKB might be even more addictive than the original.

Especially if, at the end of the road, the goal is to connect to the Wikipedia landing page for Donald Trump.

Donald Trump has been in the spotlight since the 1970s (a career that spans even longer than Kevin Bacon's) and he's literally travelled the world, meeting virtually every VIP on the planet.

And, now that he's President, the links are getting shorter and shorter.

Naturally, the question arises, how many degrees of separation are there between Kevin Bacon and Donald Trump?

In 2005, Kevin Bacon was in Loverboy with Sandra Bullock who, in 2002, was in Two Weeks Notice with... Donald Trump (Playing himself, as usual). 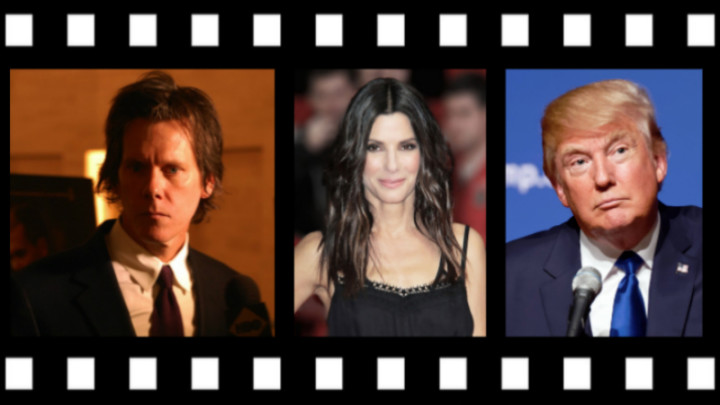 To make sure this game works, I did a test to see how many degrees of separation there are between Donald Trump and the first Random Article popped up by Wikipedia.

It turns out Chicobolus Spinigerus is a millipede species native to the southeastern United States, including Florida.

Palm Beach is a city in Florida and also the location of Mar-a-Lago. Mar-a-Lago is the sumptuous resort hotel and residence owned by... Donald Trump.

Not bad, but I thought I could do better, so I tried again.

This time, the wheel stopped on Tickle Me, a 1965 movie starring Elvis Presley. Now we're talking.

Love him or hate him, Donald Trump is much more famous than Kevin Bacon, or just about any movie star in the world.

So, how many degrees of separation are you from Donald Trump?

All you need to find out is a page on Wikipedia.

I am a Freelance Writer living in Riverside California who writes on a wide variety of topics including News, Politics, Popular Culture, Science, Music, Poetry and Art.

See all posts by Reid Moore →