The consequences of this historic decision 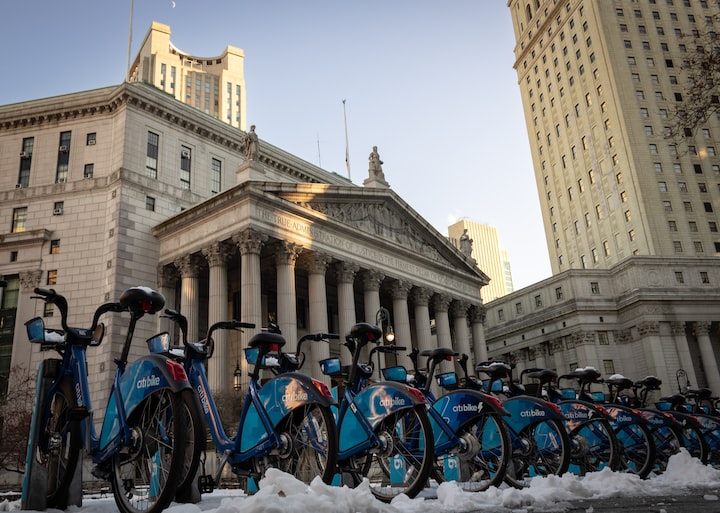 Photo by Dylan Dehnert on Unsplash

June 24, 2022. Friday Morning. Every American woke up to breaking news of the Supreme Court overturning a ruling that had been in place for decades. States are now allowed to implement a ban on abortions and it will not be found unconstitutional. Roe v Wade was important because it allowed women to decide what to do with their body in the event of a pregnancy. In modern times, any person who becomes pregnant should be allow to decide whether or not to give birth. There are currently 13 states that have an abortion ban implemented, putting access to abortion in jeopardy.

When the constitution was first created, the intent was to allow civil rights to all American citizen. One of the first rights discussed in The Bill of Rights is the right for people to have religious freedom. The purpose was to prohibit laws and business to be based on religious beliefs. In order for America to truly be a country of equality, it needs to respect and honor all religions and create laws that are fair for all people. Judges on the Supreme Court need to put their own beliefs on hold and make decisions based on the constitution. The overturn signifies how the beliefs of one religion is allowed to create laws to suppress teh rights of others.

Abortion continues to be a hot topic in America because most Americans have some affiliation with a Christian religious organization and believe a child being conceive is a gift from God. There are some scriptures that support the ideology of protecting a life in the womb. This may be where the opposition to abortion has stemmed from. Many people believe it is God’s will to give birth, just as He has breathed life into man. This is a belief, directed to people who follow that religion. A person who is excluded from this belief, or has a different religious background should not be subjected to the same rules as those who follow. Bottomline: America needs to be a country that supports people regards of their religious backgrounds.

The overturn will have detrimental consequence such as more protections and rights being overturned, restricted, and revoked. First, the unwanted pregnancy dilemma. Every person who conceives a child may be suffering from financial difficulties and is unable to raise a child. If they live in a state that bans abortion, not only will the parent struggle with raising the child, but the child may end up dead for lack of proper care. Additionally, if a person becomes pregnant due to rape and other unwanted sexual advances, then they may be forced to raise a child they initially had not planned for. Second, if SCOTUS is willing to overturn it’s decision on abortion, what’s next? Contraceptive access? Marriage equality? Each one of these decisions were made in the courts based on the law, not religion. Christian conservatives have been very vocal about their opposition towards contraceptives and prohibiting access to them. Many have also stood against allowing the LGBTQ community to have the same rights as heterosexual couples in terms of relationships and marriage. These are some of the severe consequences that could manifest in the near future, especially with Justice Clarence Thomas claiming the possibility to overturn previous rulings.

Many Americans during the 2020 COVID pandemic fought against vaccine mandates, claiming they have a right to make decisions about what is best for their body, how is this any different? Is it because it involves women’s rights? It seems that politicians are eager to restrict women from making decisions about their bodies, whether cis- or trans-. Following a flood of protests against vaccine mandates, a decision was made by the same SCOTUS that “people have a right to make decisions for their body,” then abortion and marriage should be allocated the same treatment. People should have the right to make decisions on what is best for them and per the constitution, no one should restrict or revoke that right.

What to do now? This is the beginning. Basically, it comes down to state legislatures. People need to pay attention to who is running in their state elections. Vote for candidate who support freedom for all people, not the ideology of one religious group. Support candidates who are willing to keep access to abortion, contraceptives, and marriage equality in their state. Since the Supreme Court justices do not seem to understand what the constitution stands for, it is up to state legislatures to do what is right for their constituents. Hopefully we can return to an America where everyone has equal rights and freedoms.

More stories from Iris Harris and writers in The Swamp and other communities.