Open Letter To Mr. Trump: Watching You From The Netherlands Makes Me Sick

by Agnes Laurens 7 months ago in trump

How Donald Trump acts through the eyes of a Dutch woman. 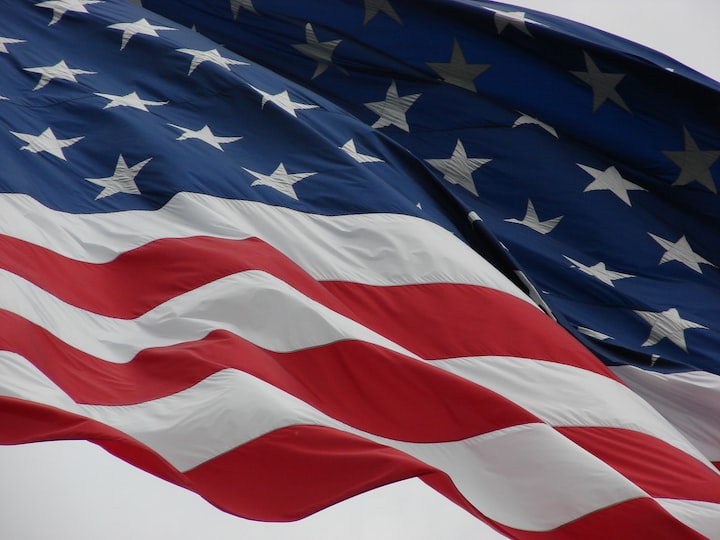 Photo by Dave Sherrill on Unsplash

A Dutch woman here. Watching the USA news now and then, reading news from the USA almost every day.

I love the USA. Especially its countryside and its nature.

I see the leader of the country. Constantly.

I am reading about the leader. Constantly.

A leader I can't tolerate.

A leader who is not a leader.

A leader who thinks about himself.

A leader who isn't there for his country.

This leader didn't lock down his country during the pandemic. This leader didn't give health supplies to the health care system. He spreads lies about what Coronavirus is, what the best health care is for this virus. He says just things that is not true. He gives false information to his citizens.

Your response with one case:

With 11 cases you have said:

"Looks like by April, you know, in theory, when it gets a little warmer, it miraculously goes away. I hope that’s true. But we’re doing great in our country. China, I spoke with President Xi, and they’re working very, very hard. And I think it’s going to all work out fine."

With 51 cases you have said this:

"The Coronavirus is very much under control in the USA. We are in contact with everyone and all relevant countries. CDC & World Health have been working hard and very smart. Stock Market starting to look very good to me!"

"Now the Democrats are politicizing the coronavirus. … One of my people came up to me and said, ‘Mr. President, they tried to beat you on Russia, Russia, Russia.’ That didn’t work out too well. They couldn’t do it. They tried the impeachment hoax. That was on a perfect conversation. They tried anything, they tried it over and over. … And this is their new hoax."

"My administration is recommending that all Americans, including the young and healthy, work to engage in schooling from home when possible. Avoid gathering in groups of more than 10 people. Avoid discretionary travel. And avoid eating and drinking at bars, restaurants and public food courts. If everyone makes … these critical changes and sacrifices now, we will rally together as one nation and we will defeat the virus. And we’re going to have a big celebration all together. With several weeks of focused action, we can turn the corner and turn it quickly."

"Easter is a very special day for me. And I see it sort of in that timeline that I’m thinking about. And I say, wouldn’t it be great to have all of the churches full?"

So, I'm not going to set any other quotes you said or wrote on Twitter. I mean, what can I say? I don't even want to say anything, but my obligation as writer is to say something. On the other hand, I also want to tell you, from the other side of the world, I think it is disgusting that a leader of a country

How could you say to stay home if possible when there are more than 4000 cases in the USA? How can the leader of a country not just lockdown its country to protect people, to help health cares do their job without collapsing down themselves of working too much, because they have too much work to do as there won't be other health carers stepping in for them.

In 10 days, there are so much more cases that it is too much for those health carers. What are you doing? Totally nothing. Really nothing. Just saying something and all that makes no sense at all.

Who are suffering really?

I know the answer: your citizens, sir.

This leader did not stand in front of the crowd and standing there together with the black people. He is not talking to his citizens when they really need him when black people are murdered. When black people need a leader to help them face this injustice and inequality issues.

What does the leader of the USA? Standing in front of a church with the Bible on its head, and he had police officers chase protesters away. That is not what a leader should do. Leader should read the bible with the protesters.

There are a lot of more to say, but I leave it for now. You have a lot on your plate right now. To make America great again. Well, good luck with that. Because I believe that it doesn't work out for you in the way you're doing it right now.

See all posts by Agnes Laurens →