by Agnes Laurens 9 months ago in trump

What I think of DT. 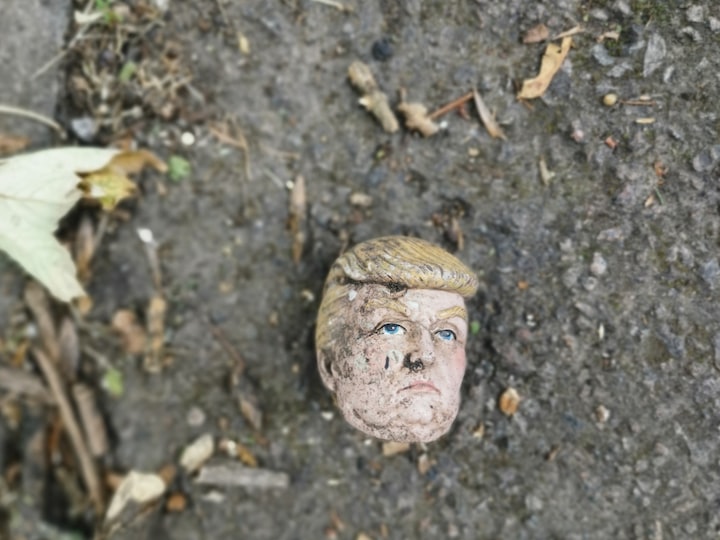 Photo by Max Letek on Unsplash

To me, it is difficult to read or to speak your name out loud. Still, as a writer and journalist, I need to do that, also because to heal. Not that I have been talking to you personally, but because what I have read in the news, what I have seen on video's posted by the news stations. Oh, don't tell me it is fake news. What is caught on camera is on the record. That is evidence.

Also, I need to heal what you told your fans that a lot of issues were fake news in the world. Have you ever lived with a scientist? Have you had been there for your child? Have you ever talked to teachers? Have you ever talked to health care workers? Anything else? I doubt that you have. I might be wrong, but my gut tells me that you only want to push through your vision of how the world should look like while the other side is actually the case. I really doubt that there is one thought coming up to your brain that health carers really would do what they can to safe people's lives. Is there any though that musicians are the ones that gives the entertainment industry a huge boost? Do you even imagine that there are poor families out there who can't send their children to school?

What bothers me the most, is that you have lied to your citizens – who didn't deserve this. In the first place, you said that you had everything under control, but in reality, the USA have more than four million death since the outbreak. This concerns me the most.

Oh, and what about the inauguration of your descendant? Not coming? Being angry at your daughter for wanting to attend the Inauguration Day? That is very low! You can not force anybody to hold on to go. Nobody can keep up on your standards. Of course there are rules, but you can't deny the existing rules and implement new rules without passing the other politicians. That is not democracy.

That is called manipulation to get what you want, but that is not how it goes, sir. The last four years, I have watched you from The Netherlands.

Well, let's go into the future. Because I am glad there is no sociopath as a leader. People can not handle a sociopath as that damage the mental health.

What I am really hoping for is that you get yourself done and search for real good help and don't manipulate your health care workers to not be able to get you back on the right foot...

I try to be positive, but as of today, I am not so positive about the American politics since you headed office. Things really got worse, people died of the COVID-19 virus and – I am sorry to say that – you have neglected to be responsible for that.

What I am really hoping is that let the new president do his job and build back lives. America is not in your hands anymore. This worries me the most, as your manipulative behavior could make this worse too.

I really hope your future will be what you have expected. But to me? I am glad Joe Biden is the new president of the USA, even when I am in this small frog country, watching how you are not on the Inauguration Day.

Receive stories by Agnes Laurens in your feed
Agnes Laurens
Read next: Movie Review: 'The Mauritanian'