Facts should always be verified 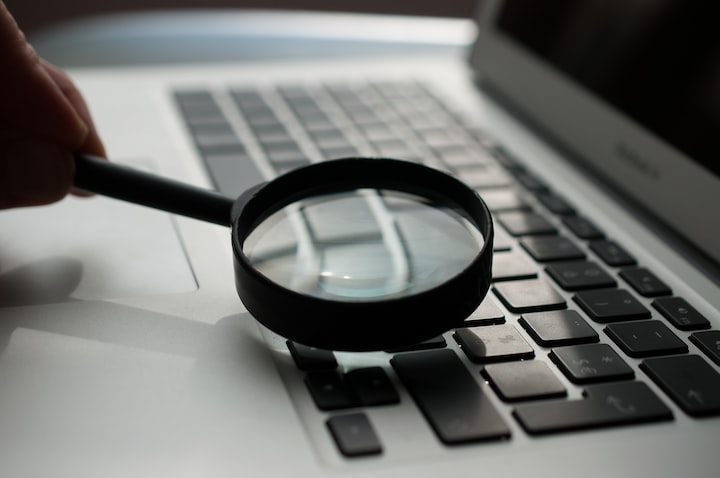 Photo by Agence Olloweb on Unsplash

We should never assume anything. Whether that is based on rumour or hearsay, we should never believe everything which we hear. Oftentimes it is based on what has been heard, misinterpreted and restructured based on how it presents the speaker.

Assumptions make an 'ass out of u and me'. This is the saying that I was brought up with. One that was drummed into me each and every day until I could think of nothing else. A single thought that would never leave me and one that has guided me well through my life.

A shining light that has shone through the darkest situations and one that has steered me clear of some of the worst moments. It is a principle by which we should all pay attention as it helps us to think for ourselves.

The internet provides us with all of the information that we could ever want at our fingertips. Whether by mobile, tablet, laptop or television, the world is interconnected and offers us the unique ability to access information. We can find out anything about anyone, at any time. It is a powerful position to be in but it is one that is taken with caution.

The internet is free and open. A powerful tool for knowledge and sharing information across wide distances. A means to an end but one that needs to be tackled with a dispassionate eye. One that should be viewed as flawed and one that we should analyse with caution.

Information is everywhere and opinion is rife across the world on a great number of issues. Politics, gender, race and survival. We all have opinions and wish to share them at a click of a button (as I do). We want to be part of a global conversation and whilst we acknowledge that opinion is not fact, we can get carried away.

The President of the United States is the most powerful human being in the world. Backed up by an arsenal of weapons, he can remove a country from existence if he so chooses. He can disrupt day-to-day operations on a whim and he can lie.

During the last election run, he was called out on news programmes, with a warning that what was being said was false, and if the President can lie, then anyone can.

We all see the world in a unique light. We can head to a fire and take different facts from it such as how hot it felt, how many people were injured or how the fire came to light in the first place. We all look at the facts and interpret them in a unique manner. I know that I do.

Opinions are not Fact

I have my opinions on everything in life, from those that I have worked with to those that I no longer speak to and most likely, that feeling is mutual. We all see what we want to based on the facts of our lives and how we have moved forward in this crazy world.

The problem with all of this is that when opinions are presented as facts, people get hurt. Lies are created and additional lies are needed to cover for initial mistakes. Something that makes us human as we all have our own views but when we push them off as facts and attempt to influence others, then we can create problems for the world.

Opinions are not facts. They are initial observations that are based on what we have seen and how we have interpreted them. A thought that always makes me worry about how legal courts operate as people see what they want to see. To get to the truth you need to dig deep and sift through a large number of interpretations.

Opinions are not facts and we should never assume that what we have just seen or read is 100% true as it is written from a certain point of view. I love cats for example and therefore would write an article about them in glowing terms, whereas an article about spiders would be one that I could not write dispassionately.

I trained as a journalist and did at one consider this to be a noble career and in many ways it is but the few give the many a bad name. Certain papers deliver the facts based on the rigid ideologies of their readers. They present them in an inflammatory manner that could only provide controversy.

Opinions are not facts and we should take them with a pinch of salt. Yes, where there is smoke there is often fire, but it should never be enough to convict without backup. Facts should be cross-referenced and thoughts analysed dispassionately.

Assumptions are our enemies. They provide us with excuses to push forward with hatred and undesirable thoughts that serve no one. They help us cling to something in life but yet if that story is created through opinion and not fact, then should we not learn to let it go?

More stories from Ben Shelley and writers in The Swamp and other communities.