by Jules Fortman 3 years ago in politicians / controversies

Instead of backpedaling and accepting the negative stances of the most anti-LGBTQ politicians, now is the time to fight back and sustain the rights we have worked so hard for.

The more progress the LGBTQ rights movement makes, the more anti-LGBTQ political figures emerge from the woodwork. Instead of backpedaling and accepting their negative stances, now is the time to fight back and sustain the rights we have worked so hard for. This means recognizing our purported enemies, staying steadfast in our principles, and continuing to fight the most anti-LGBTQ politicians for LGBTQ equal rights. 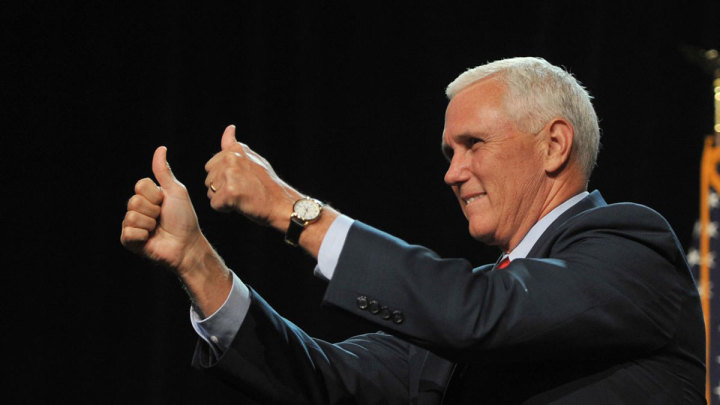 We start off the list with Vice President Mike Pence. Not was Pence responsible for enabling an HIV outbreak in his state during his time as Governor of Indiana, but he is also noted as having signed several key pieces of legislation aimed at preventing LGBTQ from marrying, even after the Supreme Court's 2015 decision making marriage equality law of the land. A “license to discriminate” bill that allowed businesses to discriminate against LGBTQ people, HB 1006, as signed into law by Pence, could jail couples trying to apply for marriage licenses and could fine anyone attempting to perform an LGBTQ wedding. 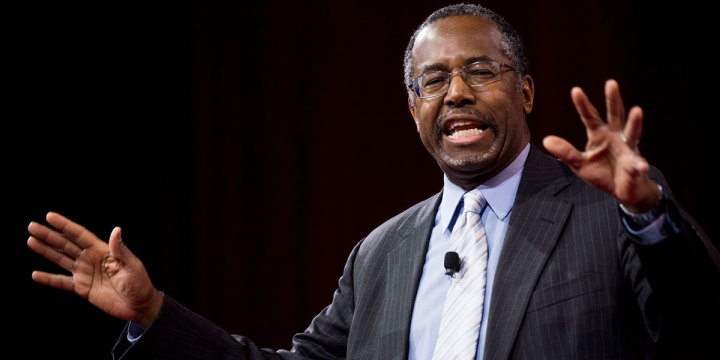 When President Trump chose Ben Carson as his Secretary of Housing and Development, it sent a shock wave across the gay community. Carson is known for grossly outdated beliefs as an anti-LGBTQ politician including thinking marriage equality is a Marxist plot, equating LGBTQ relationships with pedophiles and bestiality. He thinks gay marriage will bring about the end of humanity like the fall of the Roman Empire, and thinks being gay is a choice. In his Senate confirmation hearing to become Secretary of HUD, he referred to gay rights as “extra rights” and inferred that marriage between two LGBTQ people was redefining marriage. 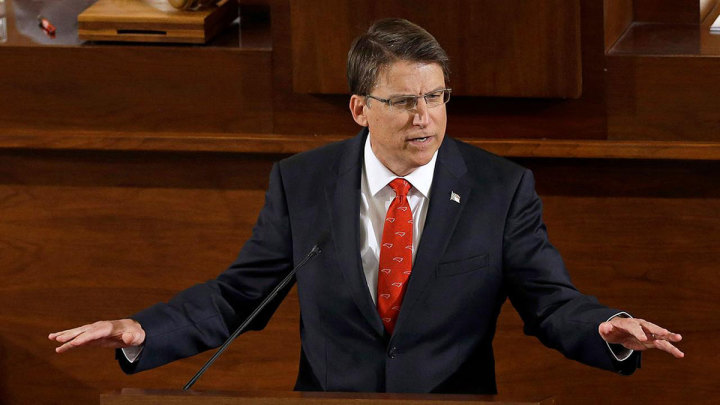 Having signed a voter ID law that disenfranchised thousands of minority voters, the former North Carolina governor will most likely be remembered for having signed NC's HB 2 into law. This anti-LGBTQ law HB 2 abolished nondiscrimination protections for LGBTQ people in the state, barred future protections for LGBTQ people, and forced transgender folks to use restrooms according to their sex at birth in all government. 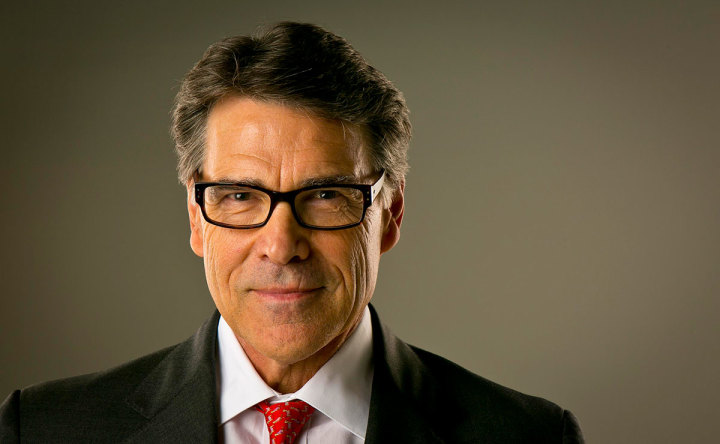 Former Texas Governor and presidential candidate Rick Perry has had a long career of being anti-LGBTQ. From vocally linking homosexuality to alcoholism to blaming LGBTQ people for the “war on Christmas,” the new Energy Secretary used his power as Governor to enshrine as much bigotry into the state of Texas as possible. He signed a bill blocking Texas from recognizing out of state same-sex marriages. He helped pass a ballot measure banning same-sex marriages in Texas, refused a Defense Department ruling granting same-sex partner benefits to Texas military, and he backs a federal constitutional amendment banning same-sex marriage. 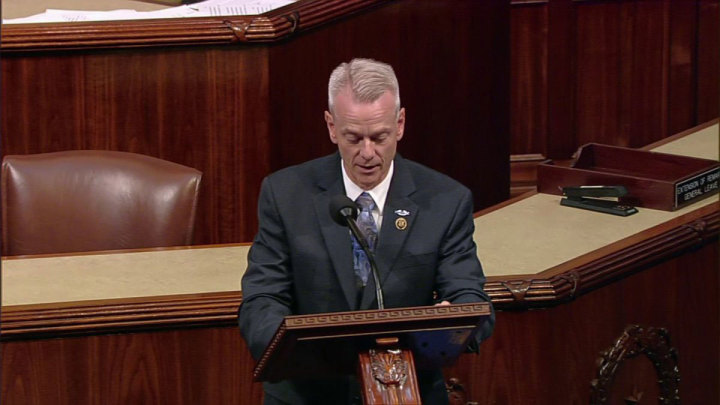 Steve Russell is a Republican representative from Oklahoma. He introduced the so-called First Amendment Defense Act into congress and it is likely to pass in a conservative controlled government. FADA allows refusal of service based on religious preferences. The Russell Amendment, added to FADA, would also allow federal contractors to do the same when hiring. 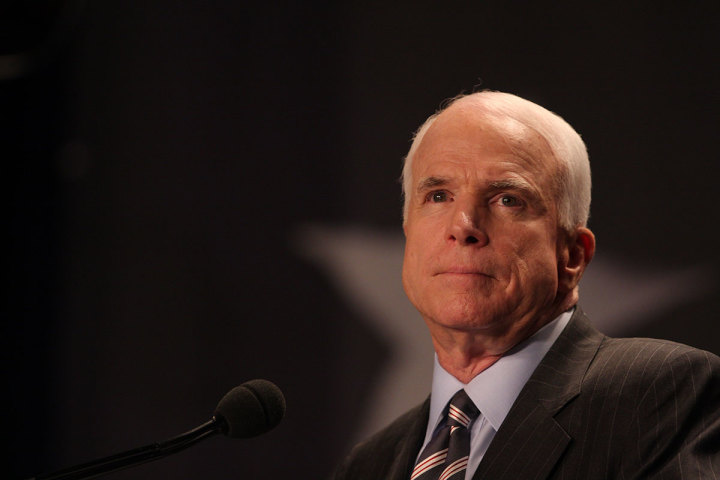 Though one of the less serious offenders on this list, the senior senator from Arizona has a history of being anti-LGBTQ. A proponent of Don't Ask, Don't Tell, he stood by the bill again in 2009. He voted against the repeal and voted against extending the definition of hate crimes to include crimes against sexual orientation. He voted no on prohibiting job discrimination against LGBTQ people and as of 2010 believed marriage equality was an issue best left to the states to decide. 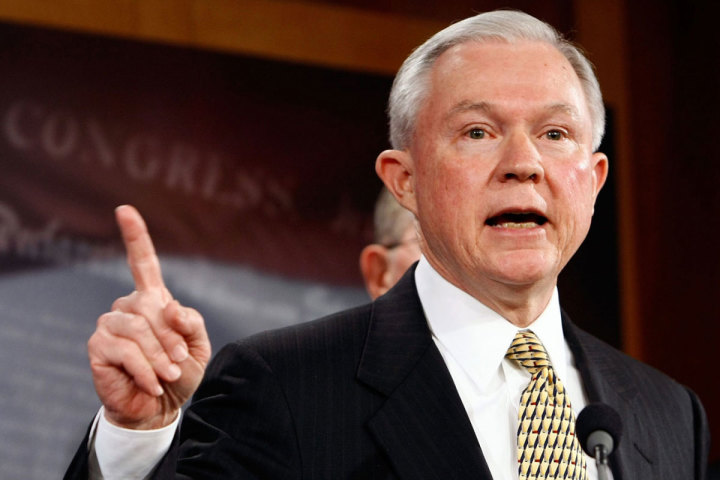 The junior senator from Alabama and now attorney general has made a name for himself in the conservative world as being completely anti-minority during his time in the senate and as Alabama attorney general. He was a supporter of Don't Ask, Don't Tell, a vocal proponent of marriage equality, and he voted against the Mathew Shepard and James Byrd, Jr. Hate Crimes Protection Act stating: “Today, I’m not sure women or people with different sexual orientations face that kind of discrimination,” Sessions said. “I just don’t see it.” 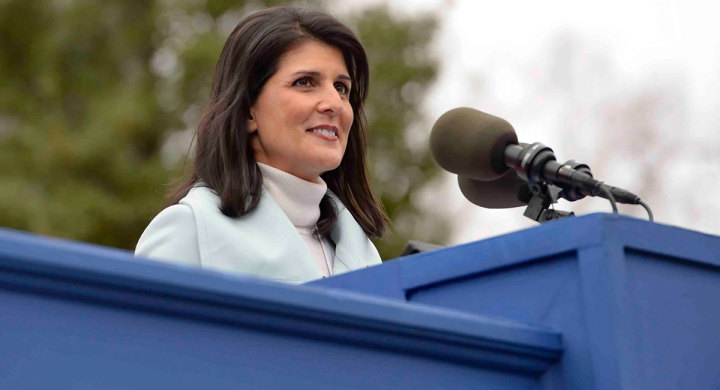 One of only two women on this list, Nikki Haley made her mark as being an anti-LGBTQ politician as governor of South Carolina. After publicly endorsing Mitt Romney in 2012 only because of his opposition to marriage equality became known, she gained notoriety in the conservative world for continuing to uphold her state's ban on marriage equality even after federal lawsuits struck down the ban. 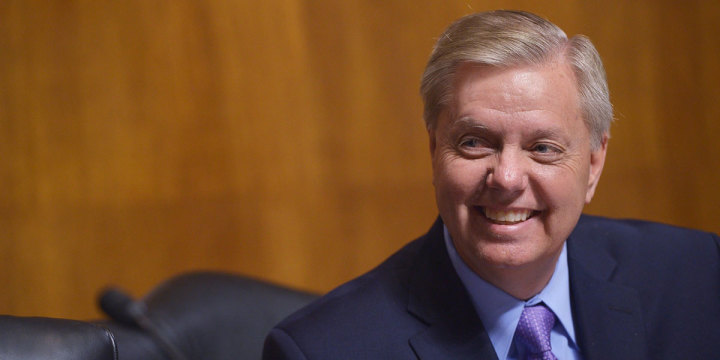 Lindsey Graham, a republican representative from South Carolina, has had a long career of being anti-LGBTQ. He is opposed to protecting LGBTQ citizens from discrimination, is a proponent of a federal constitutional amendment banning same-sex marriage, compares gay marriage to polygamy, and thinks states should have the right to have marriage equality or not. He is an opponent of same-sex adoption, and voted against allowing DC couples the right to adopt children into an LGBTQ family. 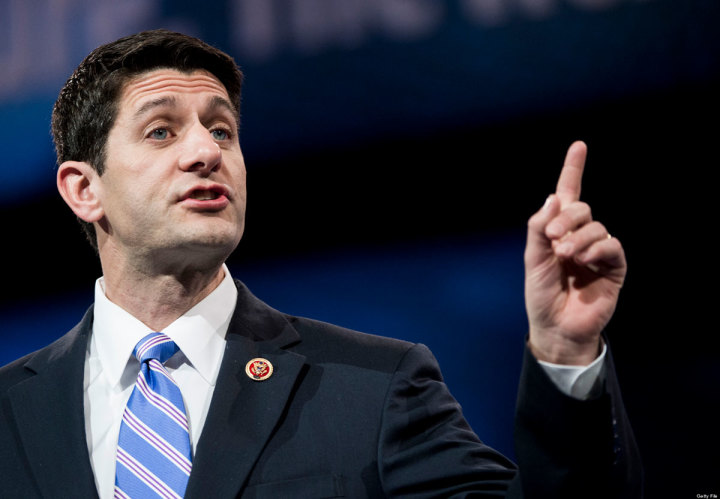 Speaker of the House Paul Ryan voted in favor of the 2006 Marriage Protection Act, which limited marriage between a man and a woman. Twice. He opposed the repeal of Don't Ask, Don't Tell and voted against an LGBTQ-inclusive hate crimes bill. Wary of bringing pro-LGBTQ legislation before the House, Ryan believes in what he calls “traditional” marriage. 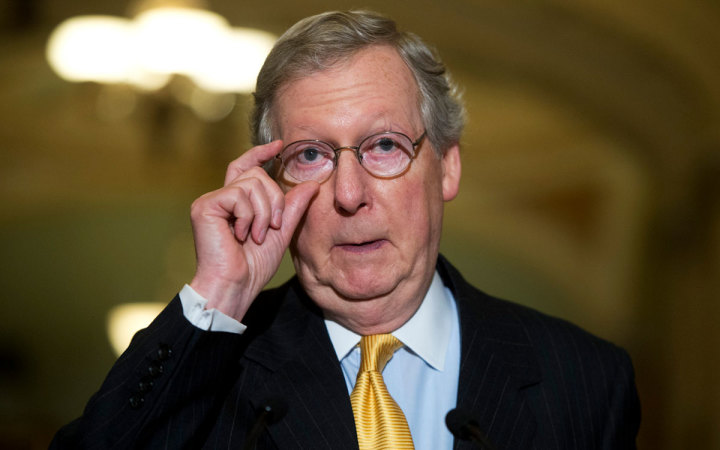 Senate Majority Leader McConnell has long been a vocal opponent of same-sex marriage. He was one of only six Republicans to sign an amicus brief asking the Supreme Court to reject same-sex marriage. He was against the repeal of Don't Ask, Don't Tell, voted for the so-called Defense of Marriage Act, and he supports a constitutional amendment banning LGBTQ marriage. He has repeatedly voted against banning workplace discrimination against LGBTQ people. 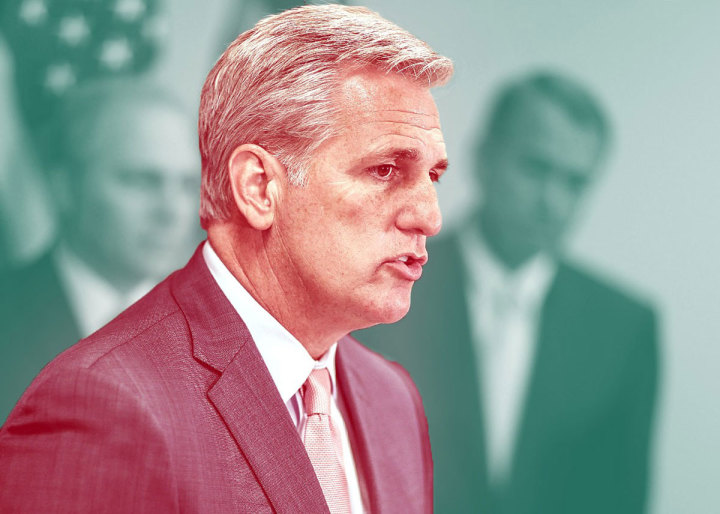 As house majority leader and a Republican representative from California, McCarthy worked diligently to prohibit anti-LGBTQ workplace discrimination from becoming law in May of 2016. In 2002, he voted against federal recognition of same-sex civil unions, and in 2007 also voted no on prohibiting job discrimination against LGBTQ people. A long stance of being an anti-LGBTQ politician culminated in his allegiance with former speaker of the house John Boehner in defending the so-called Defense of Marriage Act. 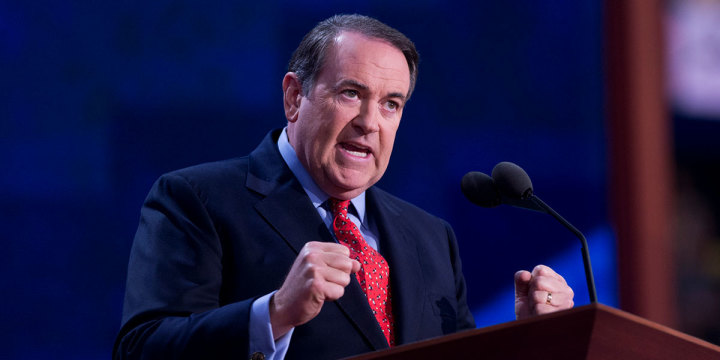 One of the most anti-LGTBQ politicians on our list, former Arkansas Governor and presidential candidate Mike Huckabee has been making an enemy out of the gay community for nearly 30 years. He supported quarantining HIV/AIDS patients in the early 90s. He opposes same-sex adoption. He is a staunch opponent of marriage equality. He supported the Defense of Marriage Act, wants to make Don't Ask, Don't Tell law again, and refuses to accept that the Supreme Court made marriage equality law of the land. 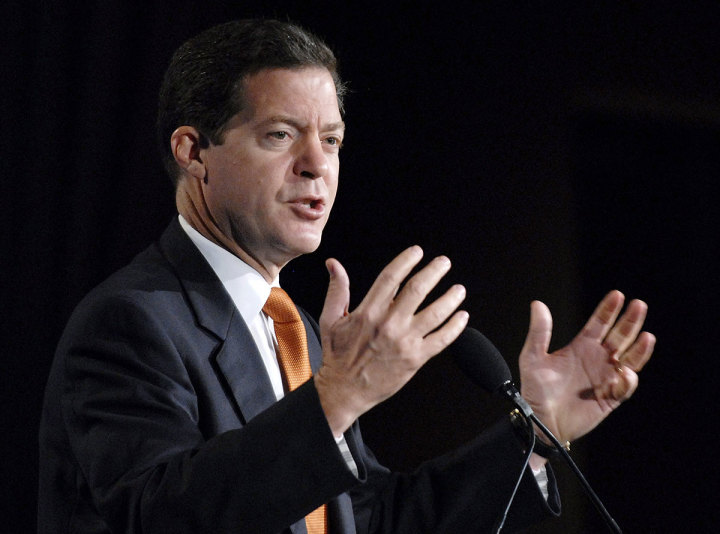 The governor of Kansas and a rising star in the conservative party, Sam Brownbeck has illustrated several times his opposition to LGBTQ rights. In 2015, he rescinded an executive order that gave non-discrimination protections to LGBTQ employees of the state. He signed into law SB 175 which allows college campuses the ability to discriminate based on religious beliefs. 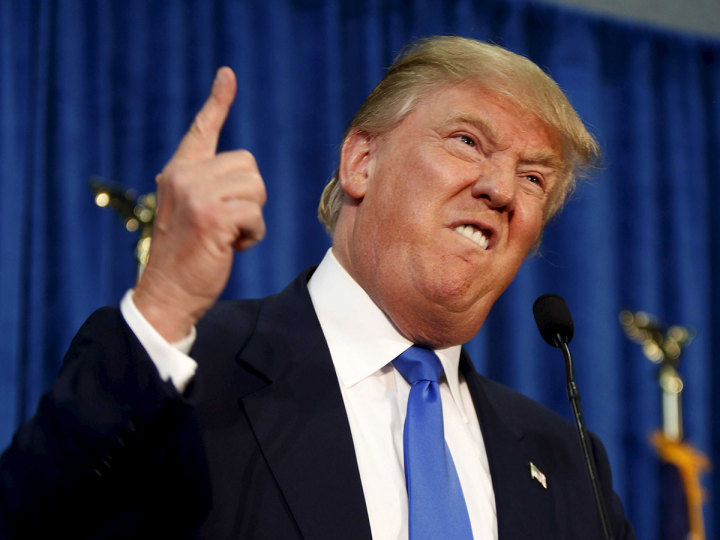 The forty-fifth president has a history of being an anti-LGBTQ politician. While embracing North Carolina's HB2, he has been a staunch opponent of nation wide marriage equality. He is a supporter of the so-called First Amendment Defense Act and said he would “strongly consider” appointing a supreme court justice that would overturn the marriage equality ruling from a few years ago. He does not support domestic partnerships. By filling his cabinet with multiple anti-LGBTQ politicians, President Trump has already guaranteed he is taking a conservative stance against LGBTQ Americans.

Modern feminist making moves one pink hat at a time.

See all posts by Jules Fortman →