by Nicole Higginbotham-Hogue 16 days ago in controversies

How One Law Prevents Some Voters from Exercising Their Rights 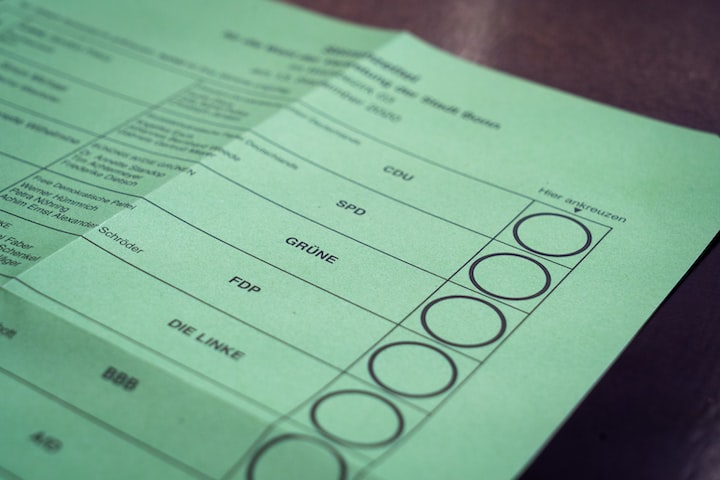 Laws in Iowa are now creating havoc with the population. This is because Iowa has a law stating that all official state and political documents have to be written in English and no other language. This law is called the Iowa English Language Reaffirmation Act, and it was created in 2002 by Tom Vilsack to assimilate people into the Iowa culture (Arena, 2021). When this law was created, it also stated that English was Iowa’s official language (IDCA, 2020). However, before the Louisiana Purchase in 1803, Iowa was occupied by the Sauk, Fox, and Winnebago tribes and then later discovered by two French men, falling under the ownership of France (World Travel Guide, 2019). This means that English wasn’t always the language spoken in the state, nor was it the first language of the area.

Now with voting suppression becoming more apparent, people are fighting the Iowa English Language Reaffirmation Act, stating it is unfair and creates a barrier when it comes to voting at the polls. In fact, though Iowa is home to over three million people, NPR states, “The most that participated in a presidential caucus was about 240,000 for the 2008 Democratic contest between Barack Obama and Hillary Clinton, [and] in 2016, slightly more than 171,000 people turned out for the Democratic caucuses” (Summers, 2021). This means that a large part of the state isn’t even exercising their right to vote, and now that this language barrier law has been brought to light, people are starting to see where the complications are coming from.

In fact, Iowa country auditors were trying to fix the problem by translating forms for those that had language barriers, but Republican U.S. Representative Steve King found out about this and sued the Iowa Secretary of State in 2007 for violating the Iowa English Language Reaffirmation Act, stating that if a person was a United States citizen, he or she must demonstrate it by speaking English proficiently (Pyner, 2020). This meant that the auditors were no longer allowed to assist those that were eligible to vote but had language barriers. Instead, those voters were left to struggle, fill out a ballot without knowing everything that was said on the form, or decide to disregard voting all together.

Now, people want to fight back. In fact, in July the League of United Latin American Citizens of Iowa (LULAC) signed a petition asking for Iowa to provide Spanish voting materials (Democracy Docket, 2021). Others are fighting this limiting law as well. This fight is still active, and is drawing the attention of others in this state that also want equity when it comes to voting. Several voters want to change the law restricting English only voting documents. They want to open up voting ability to all citizens that pay their taxes and live in the state. We will see happens in the future with this law, but it’s clear that legal changes are needed.