The blatant xenophobia in Ireland and our failure to deal with it. 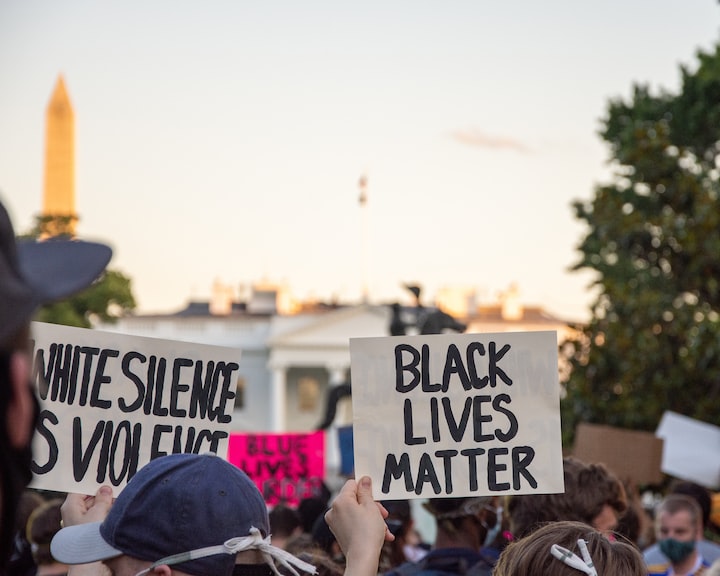 Photo by Koshu Kunii on Unsplash

Once again, we are talking about racism. It’s difficult for me to comprehend why this is something that we still have to talk about, so late into history. For a people that think we are so intelligent, we continue to treat each other differently due to the colour of our skin.

This is something I have wanted to talk about for a long time, but I figured now is the perfect time to put all of my thoughts and experiences on paper in one place instead of frantically typing them out as counterarguments to the people in my Instagram inbox.

Since the discussion about Ireland’s direct provision began following the events in America, we’ve started another serious and somewhat divisive conversation about Ireland and racism: two things that shouldn’t be synonymous - and aren’t, according to a lot of Irish people - but unfortunately, they very much are. For those of you who might not know, Irish people, at one point in history, fell into the “No Blacks, No Dogs, No Irish” signs outside of American businesses. And they never fail to remind you of that every time the topic of racism comes up. But my experience in Ireland has been a very different one to the rosy “Land of a Thousand Welcomes”.

Ireland has such a deeply rooted culture of xenophobia it’s shocking. I’d like to start off by saying that I’m a young, white woman living in Ireland. I was born in Ukraine, but have lived here for the past thirteen years. I have a neutral accent, and most of the time people can’t even tell I’m not Irish. Most of the time. The rest of the time? Well, people here just love their microaggressions. I cannot count how many times I’ve gotten “Yeah, but where are you really from?” thrown at me by people, or the “You look ethnic” (What is that even supposed to mean?). When I first started school here at the ripe age of seven, I had teachers constantly annoyed at me for having a lower level of English, and instead of offering any kind of support, I was told “Well everyone else here understands”.

When I brought in lunches that my mum made me, kids would scrunch up their noses and say, “Ew, is that what you eat over there?”. My dad said I should change my very soviet sounding second name to his more neutral, less foreign sounding name before secondary school started. He said it would look better on my leaving cert. He said I would have a better chance of being employed if people thought I was Irish. Once I completely lost my accent, I just stopped telling people I was foreign. It made it easier not having to deal with the questions and the comments. As uncomfortable as some of these experiences were, they opened my eyes to a lot of racial prejudices that people had towards other people.

In school, the one Indian girl in our class was often referred to as the “Indian Girl”, even though people knew her name. It was like that for a lot of people. The “black kid”. The “Spanish kid”. The “I don’t know where he’s from but he’s dark” kid. Teachers would say things like “Well, maybe that’s how it’s done in your country, but that’s not how we do it here”. They would put the foreign kids sitting together, even though none of us spoke each other’s languages, and none of us had good enough English to talk to each other. One year, we got a Polish girl into our class, and I was sat beside her because we were “basically from the same place”.

My first job was in a Japanese take away in North Dublin when I was sixteen. I was working full time in the evenings on my summer off. The chefs were Chinese and had very little English, but that never got in the way of us being able to communicate. We taught each other little phrases and sayings while we worked together. Sometimes people would want to speak to the chefs, and they’d start making racist remarks because they weren’t able to speak English well. A lot of times, people called in or walked in and tried to order Chinese food. When I’d tell them it was a Japanese take away, they’d say things like, “Well, isn’t that the same thing?”.

When I left that job, I continued to work in the service industry. I witnessed so many rude, ignorant, and plain racist comments being made to my colleagues. Working in the city centre, I worked with a broad variety of people of different ages and different cultures and different backgrounds - and each one had had a horror story to tell about things that customers and colleagues had said to them.

I have found that there’s a phenomenon that occurs whenever I walk into a bar full of older Irish men - and that is, without fail, I always hear someone, somewhere, giving out about “Brown People”. I hear it at home, the good old reliable “I’m not racist, but -”. I hear it from my friends. I hear it on the TV. I see it in the comments sections in the media, and I am so, so sick of it.

I’m sick of the microaggressions that we’ve so easily normalised.

I’m sick of so many things. I’m sick of watching people die on the news fighting for freedom. Fighting for better treatment. I’m sick of people who don’t do anything about it. But most of all, I’m tired of my white friends being blind to it. I’m asking you to open your eyes. I’m asking you to ask yourself the same question I ask myself; If this is how other white people get treated in Ireland, then what kind of way must we be treating our people of colour? What kind of experiences must they be having? What kind of horrors must they face on the daily?

More stories from Anie Homan and writers in The Swamp and other communities.